Archer Aviation unveiled its autonomous electric two-seater aircraft dubbed “Maker” on Thursday, which it will use for testing as it works toward certification of a larger piloted five-seater announced in March 2020.

The aircraft unveiled on Thursday is not what would take to the skies should the company reach commercial operation in 2024. However, Archer’s Head of Certification Eric Wright told TechCrunch that starting with an autonomous vehicle allows the company to move through the testing process more efficiently.

“The [two-seater] Maker aircraft is a stepping stone in the path to certification,” Wright explained. He said it was “a testbed that really helps us to increase our knowledge and awareness on say, the flight control systems and the electric propulsion and the things that we’re putting into the certified aircraft, and to help the [Federal Aviation Administration] gain confidence in that design as we put it through its paces, and of course, they will be involved in watching that development occur.”

Both Maker and the unnamed five-seater aircraft bear similarities in their specs: both have a “tilt-rotor” design, meaning that of the total 12 rotors on the aircraft, the front six can tilt position. This tilting mechanism is what allows the aircraft to ascend vertically like a helicopter and move forward like an airplane.

The two also have six independent battery packs each for safety purposes, as the rest of the batteries should operate even in the case that one fails. It’s these batteries that give the crafts a 60-mile range at 150 miles per hour. While the two-seater design has a 40-foot wingspan and clocks in at around 3,300 pounds, the larger aircraft will likely weigh more, Wright said. 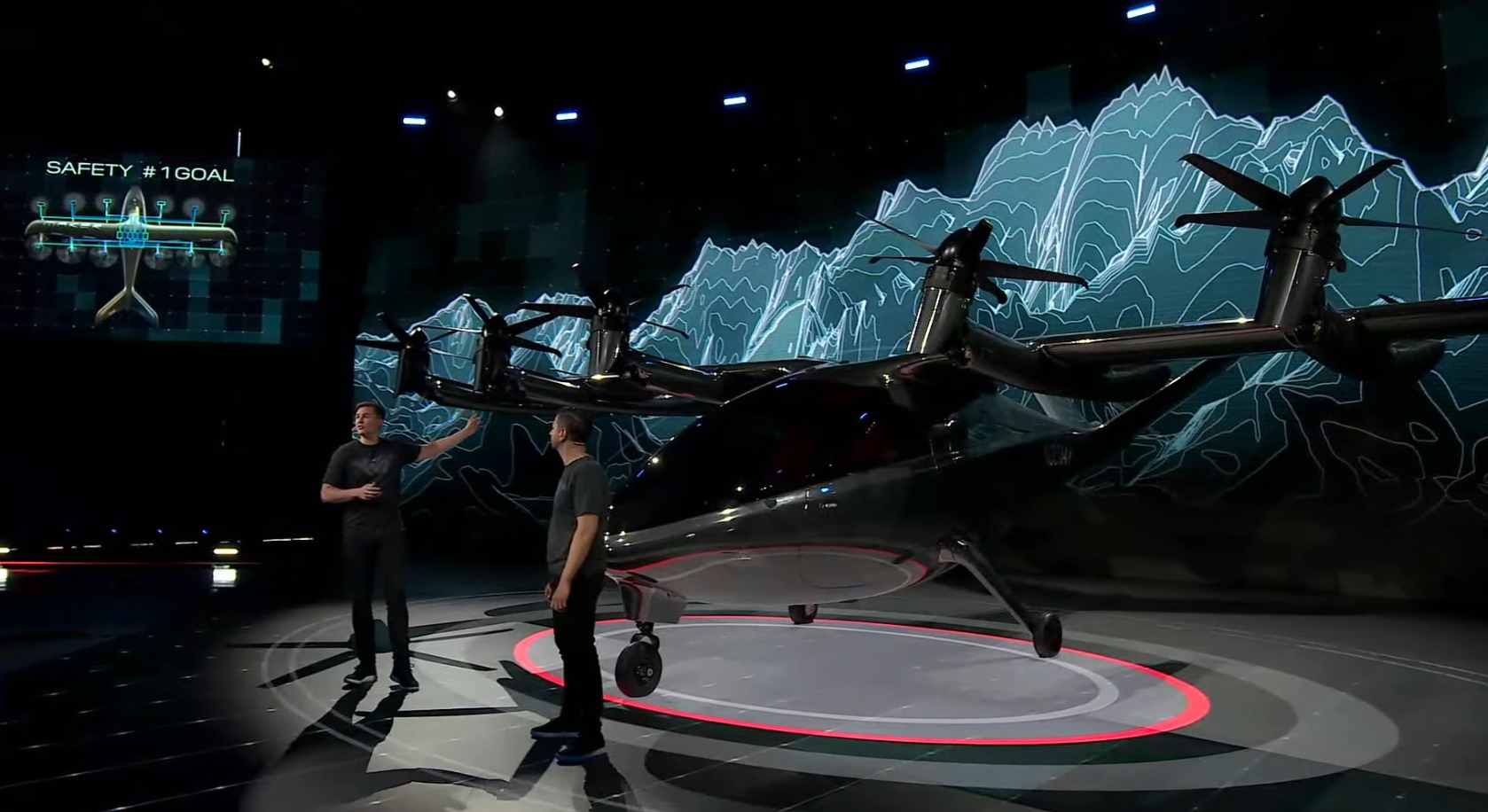 The Palo Alto-based company also said it anticipates Maker will generate only 45 decibels of sound from 2,000 feet. The noise specification is especially important for electric vertical take-off and landing (eVTOL) companies that have air taxi aspirations. Mass adoption will only likely be acceptable — both by the public and by regulators — if the aircraft is sufficiently quiet.

Archer had been slowly trickling information on Maker over the past few months, including releasing a high-quality rendering of the two-seater after the company announced it had landed a $1 billion order with United. (The release of those renders helped trigger a lawsuit from rival eVTOL developer Wisk Aero alleging trade secret misappropriation.) The event on Thursday marks the first time the public has been able to see an actual aircraft from the startup that’s valued at $3.8 billion.

When asked why the debut aircraft is autonomous, Wright said it would help the company move more efficiently through the testing and validation process. “By making the vehicle autonomous you can do things quicker without having the pilot in the aircraft actually having to fly it,” Wright said. “So you can look at the response that the aircraft has to the inputs, from an autonomous standpoint, much quicker, much more efficiently.”

While it may be years yet that autonomous air taxis are ferrying people across cities, Archer, like other eVTOL developers, does see autonomy in its long-term blueprint — as operational aircraft, rather than simply facilitating a larger certification process.

“If we’re going to have a really large impact on transportation, I think it’s really difficult to think about doing that in a piloted way really long term,” Archer CEO Brett Adcock told TechCrunch in a separate interview. “I think piloted is for sure the right way to enter the market as relates to getting into the airspace and getting certified and making that happen, basically, right away. And then I think over time, in order to drive up safety for both passengers and the network, it’s really going to be important to move to autonomous airspace. So I think [autonomy] is inevitable to the extent the industry scales really well and gets big.”

The three-year-old startup aims to launch commercial operations in 2024 starting in Los Angeles and Miami. The company’s system simulation team is using a simulation tool called Prime Radiant to determine where to place its vertiports. That team is led by Jon Petersen, the former head of data science at Uber Elevate, Uber’s air mobility arm that was later sold to Joby Aviation in December 2020.

Adcock also said the company has had conversations with ride-sharing companies about working together to integrate the first- and last-mile car trips that will inevitably be needed with the air taxi routes.

In advance of the proposed 2024 launch date, Adam Goldstein, co-founder of Archer, said the company is working with its partner, the automaker Stellantis, on two facilities: one that would deliver traditional aerospace volumes in the hundreds of aircraft per year, and a future facility that would build an even higher volume.

Archer has similar manufacturing needs as an automaker, Goldstein said, “where we use lightweight carbon fiber for a lot of the parts, we have electric motors, batteries all that like autos do.”