Hello and welcome to Daily Crunch for June 9, 2021. Today was TC Sessions: Mobility, a rollicking good time and one that we hoped you enjoyed. Looking ahead, we’re starting to announce some speakers for Disrupt — including Accel’s Arun Mathew. Mark your calendars, Disrupt is going to be epic this year. — Alex 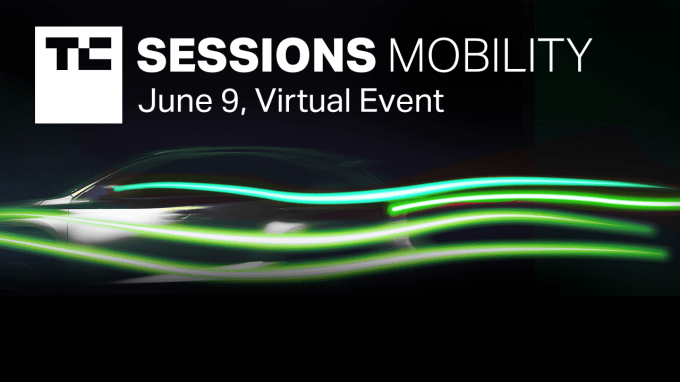 To round out our startup news today, two things: The first is that Superhuman CEO Rahul Vohra and his buddy Todd Goldberg, the founder of Eventjoy, have formalized their investing partnership in a new fund called Todd and Rahul’s Angel Fund. That name has big “Bill and Ted’s Excellent Adventure” vibes, albeit with a larger, $24 million budget.

And fresh on the heels of the Equity Podcast diving into hormonal health and the huge startup opportunity that it presents, there’s a new startup working on PCOS on the market. Check out our look at its early form.

SEO expert and consultant Eli Schwartz will join Managing Editor Danny Crichton tomorrow to share his advice for everyone who gets nervous each time Google updates its algorithm.

To set a foundation for tomorrow’s chat on Twitter Spaces, Eli shared a guest post that should deflate some myths. For starters: A drop in search traffic isn’t necessarily hurting you.

Instead of chasing the algorithm, he advises companies that rely on organic search results to focus on the user experience instead: “If you are helpful to the user, you have nothing to fear.”

Just like you release product updates based on feedback and analytics, Google’s improving its products to offer a better user experience.

“If you see a drop, in many cases, your site might not have even lost real traffic,” says Eli. “Often, the losses represent only lost impressions already not converting into clicks.”

Tomorrow’s discussion is the latest in a series of chats with top Extra Crunch guest contributors. If you’ve worked with a talented growth marketer, please share a brief recommendation.

TechCrunch is back with our next category for our Experts project: We’re reaching out to startup founders to tell us who they turn to when they want the most up-to-date growth marketing practices.

We’re excited to share the results we collect in the form of a database. The more responses we receive from our readers, the more robust our editorial coverage will be moving forward. To learn more, visit techcrunch.com/experts.

Join us for a conversation tomorrow at 12:30 p.m. PDT / 3:30 p.m. EDT on Twitter Spaces. Our own Danny Crichton will be discussing growth marketer Eli Schwartz’s guest column Don’t panic: ‘Algorithm updates’ aren’t the end of the world for SEO managers. Bring your questions and comments!