Branch Insurance, a startup offering bundled home and auto insurance, has raised $50 million in a Series B funding round led by Anthemis Group.

With so many players in the insurtech space, it can get tough distinguishing the various offerings. Branch claims that it is unique in that it is able to provide customers with “an instant insurance offer” for bundled home and auto insurance “within seconds” using just a few pieces of information.

Co-founder and CEO Steve Lekas began his career at Allstate, where he went on to hold roles in underwriting, technology and product management. He then went on to build Esurance’s first online home insurance business.

But in the back of his mind, Lekas yearned to figure out a way to make insurance more accessible for more people. And so he teamed up with Joe Emison, and Branch was born.

“The industry is structurally flawed and it harms consumers. Complicated policies, rising costs and marketing warfare all contribute to a vicious cycle that results in overpriced insurance,” said Lekas. “We are a full-stack insurance company transforming the way people think about their home and car insurance.”

Branch, he claims, is the only insurance company that he is aware of that can bind insurance through an API, and the only one that can bundle auto and home insurance in a single transaction.

Another way Branch is unique, according to Lekas, is that it can be embedded into the buying experience. In other words, the company has partnered with companies such as Rocket Mortgage and ADT to integrate insurance at the point of sale in their products. For example, if a person is closing on a home, they have the option of purchasing Branch insurance at the same time. 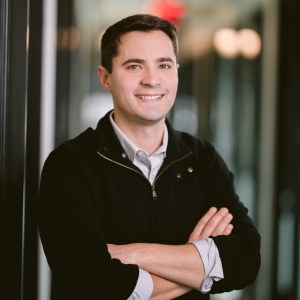 “Every home or car policy starts with another transaction,” Lekas said. “Insurance is a product that exists only because of the other transaction. It’s never before been possible to embed in that primary purchase before.”

This distribution model means that Branch shells out less to acquire customers and thus, it claims, is able to offer premiums for a lower price than competitors.

“In just two clicks, a consumer can have home and car insurance or just home and we’ll cancel the old insurance on their closing date, and transmit all the data to their existing mortgage,” Lekas said.

Branch also offers its insurance direct-to-consumer and through agencies.

The company plans to use its new capital in part to accelerate its rollout across the U.S. so that it can sign more such partnerships where it can embed its offering. Currently, Branch has more than 30 partnerships of varying sizes, and is “adding more every week” as it launches in more states.

“It’s really hard to move quickly,” Lekas said. “The system is built to make you move slowly. Every state regulator has to approve individually and independently with their own rules.”

Lekas predicts Branch will be available in more than 80% of the U.S. before the year’s out.

Branch has seen increased momentum since its $24 million Series A in July 2020.

Specifically, the startup says it has achieved a 435% growth in its partner channel, 660% growth in active policies and a 734% increase in active premium less than one year after its last raise.

With what it describes as a “built-for-savings” structure, Branch said it has created connected home discounts as well as programs that reward members for making referrals and practicing safe driving behaviors, for example.

Branch also has formed a nonprofit, SafetyNest, to help those who are un- or underinsured.