Playdate, app and game designer Panic’s first shot at hardware, finally has a firm price and ship date, as well as a bunch of surprise features cooked up since its announcement in 2019. The tiny handheld gaming console will cost $179, ship later this year and come with a 24-game “season” doled out over 12 weeks. But now it also has a cute speaker dock and low-code game creation platform.

We first heard about Playdate more than two years ago, were charmed by its clean look, funky crank control, and black and white display, and have been waiting for news ever since. Panic’s impeccable design credentials combined with Teenage Engineering’s creative hardware chops? It’s bound to be a joy to use, but there wasn’t much more than that to go on.

Now the company has revealed all the important details we were hoping for, and many more, to boot.

Originally we were expecting 12 games to be delivered over 12 weeks, but in the intervening period it seems they’ve collected more titles than planned, and that initial “season” of games has expanded to 24. No one knows exactly what to expect from these games except that they’re exclusive to the Playdate and many use the crank mechanic in what appear to be fun and interesting ways: turning a turntable, opening a little door, doing tricks as a surfer, and so on.

The team hasn’t decided how future games will be distributed, though they seem to have some ideas. Another season? One-off releases? Certainly the presence of a new game by one-man indie hit parade Lucas Pope would sell like hotcakes.

But the debut of a new lo-fi game development platform called Pulp suggests a future where self-publishing may also be an option. This lovely little web-based tool lets anyone put together a game using presets for things like controls and actions, and may prove to be a sort of tiny Twine in time.

A dock accessory was announced as well, something to keep your Playdate front and center on your desk. The speaker-equipped dock, also a lemony yellow, acts as a magnetic charging cradle for the console, activating a sort of stationary mode with a clock and music player (Poolsuite.fm, apparently, with original relaxing tunes). It even has two holes in which to put your pens (and Panic made a special yellow pen just for the purpose as well). 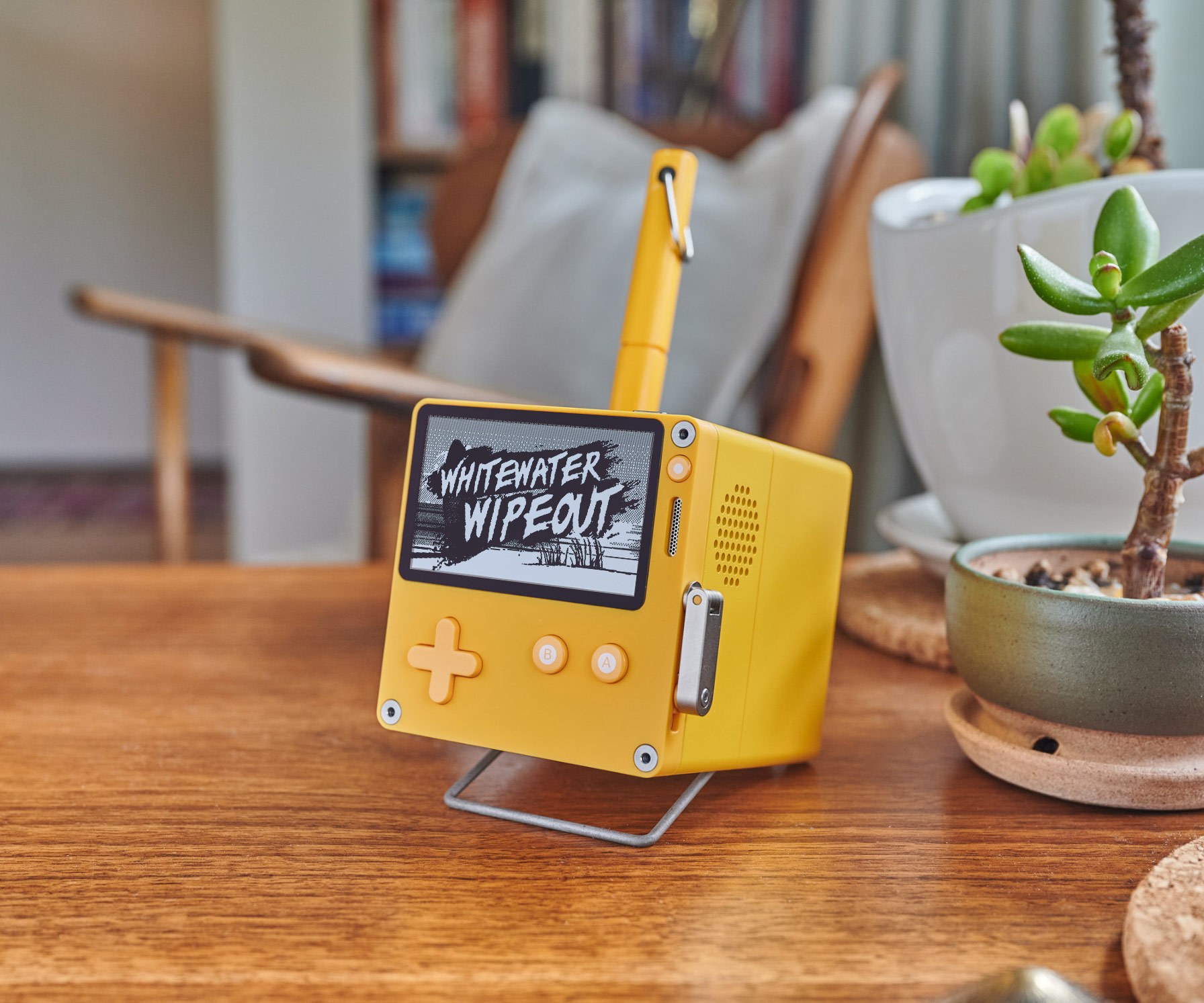 The $179 price may cause some to balk — after all, it’s considerably more than a Nintendo 3DS and with the dock probably approaches the price of a Switch. But this isn’t meant to be a competitor with mainstream gaming — instead, it’s a sort of anti-establishment system that embraces weirdness and provides something equally unfamiliar and undeniably fun.

The team says that there will be a week’s warning before orders can be placed, and that they don’t plan to shut orders down if inventory runs out, but simply allow people to preorder and cancel at will until they receive their unit. Shipping will begin in late 2021, and if the 20,000 units in the initial run don’t cover it, they’ll make more and ship as they come in.

We hope to get one ourselves to test and review, but since part of the charm of the whole thing is the timed release and social aspect of discovery and sharing, it’s more than likely we’ll be experiencing it along with everyone else.

(This article originally stated Playdate ships next month, but it will actually ship later — preorders begin next month.)