It’s rare that a truly new way to make coffee is invented, and nearly all of them have one thing in common: heat. After all, it’s hot water that quickly extracts flavor and body from grounds. But Osma, a new device using an entirely novel coffee-making technique, makes a rich, strong espresso-like drink at any temperature, including icy cold — and it might be the next big thing in the industry.

Osma is the latest project from designer Joey Roth, who evolved from high-concept speaker tech to tea and coffee tech, and now has found a way to integrate these two disparate pursuits with a unique vibratory method of extraction. Although Roth has had several successes over the years, this could be his most valuable yet.

To see why, it helps to understand the way coffee is ordinarily made, which generally comes down to one of two things: soaking the grounds in hot water or forcing it through the grounds under pressure.

In the first case, which includes drip and pour over, French press and others, the heat of the water passively frees the oils and volatiles from the ground beans and then the solids, drained of flavor, are left behind through filtering.

The second case is espresso, in which the desired chemicals are extracted not just through heat but by the process of microcavitation. This is where the heat and pressure free CO2 from the grounds, forming tiny bubbles that quickly collapse, a process that leads to the flavor and aroma compounds being forced out as well.

Cold water can be used in the first method, with the advantage being that certain substances that would be destroyed by heat are retained, giving a different flavor profile. Unfortunately it can take hours or even days to brew to one’s preferred strength, and other desirable compounds degrade over that duration. And cold water can’t be used in the espresso process because steam is necessary to accomplish extraction.

Yet despite the inconvenience inherent to cold coffee, anyone who’s visited a café in the last decade can tell you it is enormously popular year-round but especially in the summer. There’s endless appetite for the drink, even if all it amounts to is pouring hot coffee or espresso over ice. What if strong, delicious coffee could be made without heating it up, watering it down or waiting for days? That’s the Osma proposition.

The Osma system is to my knowledge unlike any other brewing method. Essentially what it does is circulate water through the grounds continuously, while agitating them with a sort of standing pressure wave. It produces 8-12 ounces of a coffee that’s less concentrated than espresso, but not as mild as cold brew, in about two minutes. 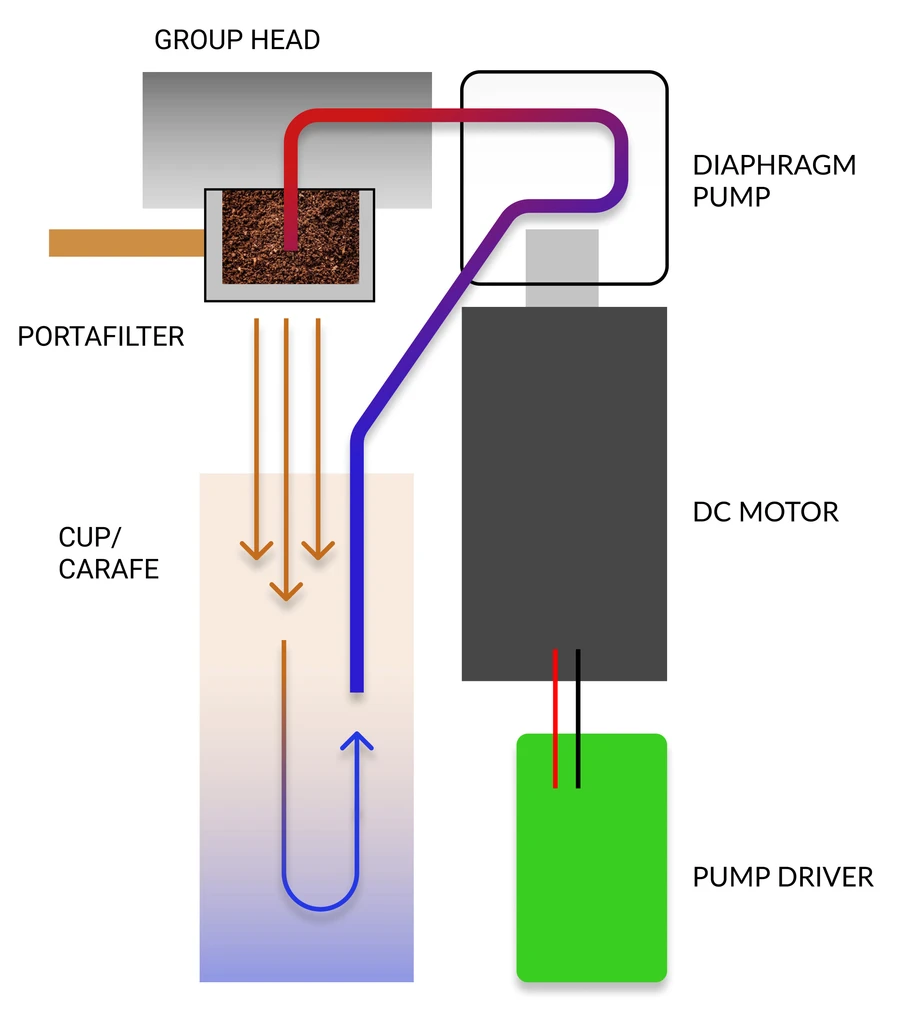 “This is a fundamentally new expression of coffee that needs to be experienced,” said Roth when I asked him to characterize the flavor profile. He’d compared it to Kyoto-style slow drip with the added creamy mouthfeel and brighter flavors of espresso, but decided the analogy was imperfect.

His reservation is justified, as the method really is completely different. In addition to using cold water instead of hot and an acoustic wave instead of high pressure to create cavitation, the Osma Pro is unique in that it uses a circulatory process instead of one-way.

Almost all forms of coffee-making are unidirectional: water goes in, meets up with the grounds, and coffee comes out — with the exception of percolators, which aren’t exactly the aficionado’s first choice. The Osma method, on the other hand, sucks up the water, passes it through the grounds and agitates it, then puts it back in the same vessel, where it is sucked up and passed through again.

This circular process can be stopped earlier or later, giving a lighter or heavier brew, but there’s a sweet spot at about two minutes that Roth thinks produces the best cup for most purposes.

Creating the system was equal parts serendipity and ingenuity. Roth recalled boiling water at room temperature in a commercial vacuum chamber with his co-founder Dan Yue, which sort of worked but not really, and at any rate wasn’t the type of equipment you could resell to a consumer. Yue speculated that it was the microcavitation process that allowed this extraction without significant heat. 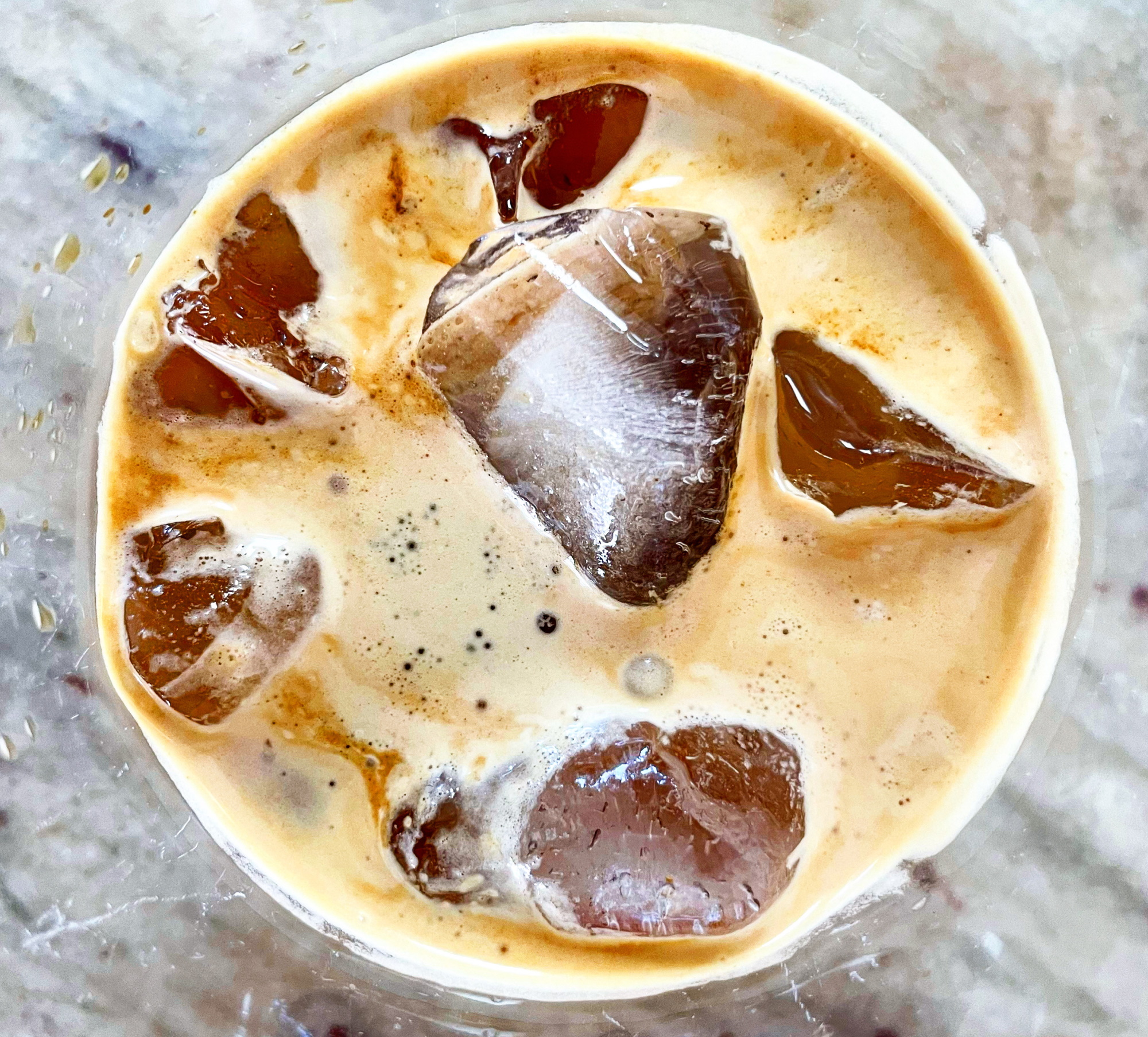 “We verified this with a number of other experiments and confirmed that microcavitation was indeed the magic switch,” Roth said. “From there we spent about two years developing what’s basically a mechanism to efficiently facilitate cavitation using acoustics in a tightly packed basket of ground coffee. With the help and insight of our partners James and Hiver (co-founders of Chromatic Coffee in San Jose) we developed this into the Osma Pro.”

Being able to pull a strong, cold coffee drink with espresso-like and cold-brew-like aspects on demand could be a game-changer for coffee shops. At present they have to anticipate demand, making cold brew a day or longer before, risking shortages if demand outstrips supply, or otherwise offer hot coffee poured over ice, an accepted but rather incoherent approach.

At $695 the Osma Pro is a bit expensive for home use, but quite in line with the type of equipment used by most cafés. Like Roth’s other work, the industrial design is simple and beautiful. When you factor in its small footprint (about the size of a standing grinder) and the fact that it frees up valuable fridge space that would otherwise be filled with gallons of cold brew, it starts to make a whole lot of sense. 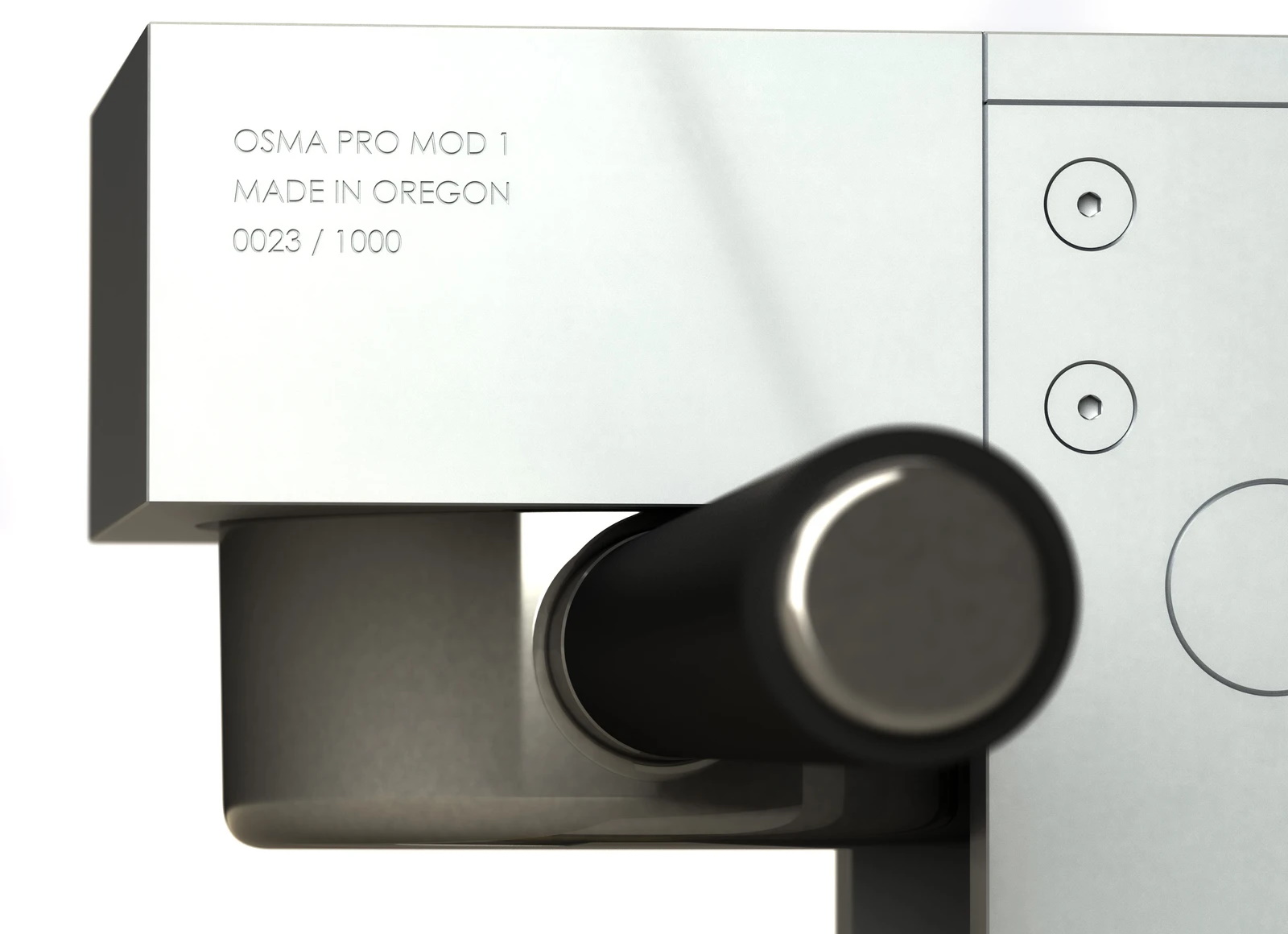 A limited run of a thousand … for now. Image Credits: Osma

Perhaps that’s why an unnamed but apparently major coffee company has indicated interest in partnering with Roth on the machine, as he coyly explained. Selling a couple hundred to boutique coffee shops is nice, and Roth did say that pre-orders are beyond expectations, but a big-time partner that could move units in the thousands? That’s the start of a global business empire.

Incidentally the whole thing started with a device that may now sadly be defunct. The first Osma brew I encountered was a portable, battery-powered device Roth sent me in beta form to test out that used biodegradable coffee pods and a scaled-down version of the acoustic agitation process. But this ended up being a sort of development dead end — while an interesting tech demo and pretty good at making coffee, it quickly became clear that the countertop version, which was improving rapidly, was the future of the company.

The only real question now is what to call the drink. I suggested “coldpresso” (“icepresso” is more euphonious but too close to the original), Roth thought “cold flash” but admitted everything he thought up was corny. Whatever it’s called, you can probably expect to start seeing it at your local “serious” coffee spot. If you run one of those or drink enough cold coffee to justify a major purchase, you can get in line to pick up a machine at the Osma website.

The FrankOne is a simple and portable coffee brewing gadget