As people live longer and longer and have long-term health issues like cancer and dementia, caring for elderly relatives is becoming a huge societal and political issue. Right now this care is antiquated and run by incumbents, many of which still run off paper and Excel. We are now seeing a new wave of startups turn up to tackle this space by applying Apple’s age-old model of owning the experience end-to-end and running everything on a platform.

The latest to join this race is U.K. startup Lifted, which has now raised $6.2 million in a Series A funding round led by Fuel Ventures. Also participating were existing investor 1818 Venture Capital as well as new investors Kluz Ventures (through its new health affiliated fund Novit Ventures), Perivoli Innovations, the J.B. Ugland family office and a number of angels. This latest funding round takes the total raised by Lifted to $11.2 million.

Lifted says its U.K. market is increasing and claims the number of people caring for adult loved ones has risen exponentially during the pandemic, with almost one in two people supporting people outside their household.

The startup is entering a perfect storm of increasing need, unpopular care homes and the U.K. government still without a long-term plan for social care. 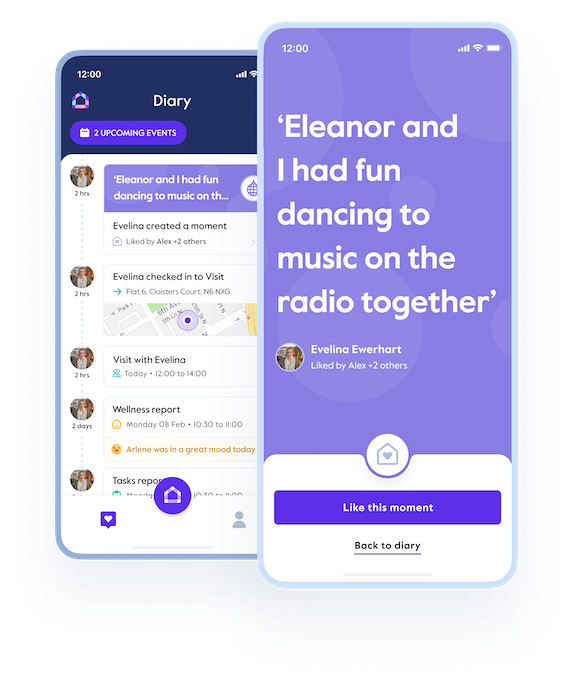 In contrast to a raft of agencies and freelancers, Lifted directly employs its care workforce and uses its platform to “gamify and improve the experience of carers to make them perform better in people’s lives and also to restore respect to the caring profession” with its Care Management Platform, says the company.

Lifted has also acquired the “Live Better With Dementia” website and launched the Lifted Dementia Hub, an online community with a marketplace of products.

Rachael Crook co-founded Lifted with Sam Cohen. She says she was inspired to get into the sector when, at the age of 24, she had to care for her mother, who was diagnosed with dementia at age 56. “I was in that position much younger than most people. And it seemed abundantly clear to me that it was an experience that was hugely emotionally important to me, and financially expensive, was really convoluted and frustrating. It made an already really difficult time, more difficult. My mum brought me up to really fight for the underdog and I felt like the carers themselves were getting a really poor deal. And yet, it’s a huge colossal market. The care market is set to double in the next 20 years, and for the next 10 years, we will look to compete against traditional care companies. We want to transform the care experience. This is a product that is worth four and a half times your mortgage. And yet, it’s predominantly bought in a really antiquated way with paper and pen systems. It’s really hard to keep up to date with your loved ones’ care. We’re also competing against new entrants.”

She added: “In 12 months, we have tripled revenue, launched the first App in the world to offer free care advice, and cut Carer churn to half the industry average, all while maintaining exclusively 5-star reviews on Trustpilot.”

Mark Pearson, managing partner of Fuel Ventures said: “Rachael, Sam and their team have delivered exceptional growth in the past year. They have a unique vision of the future for care and their model is delivering clear results for both sides of the marketplace.”