Robotaxis may still be a few years out, but there are other industries that can be transformed by autonomous vehicles as they are today. MIT spin-off ISEE has identified one in the common shipping yard, where containers are sorted and stored — today by a dwindling supply of human drivers, but tomorrow perhaps by the company’s purpose-built robotic yard truck. With new funding and partnerships with major shippers, the company may be about to go big.

Shipping yards are the buffer zone of the logistics industry. When a container is unloaded from a ship full of them, it can’t exactly just sit there on the wharf where the crane dropped it. Maybe it’s time sensitive and has to trucked out right away; maybe it needs to go through customs and inspections and must stay in the facility for a week; maybe it’s refrigerated and needs power and air hookups.

Each of these situations will be handled by a professional driver, hooking up the container to a short-haul truck and driving it the hundred or thousand meters to its proper place, an empty slot with a power hookup, long-term storage, ready access for inspection, etc. But like many jobs in logistics, this one is increasingly facing a labor shortage as fewer people sign up for it every year. The work, after all, is fairly repetitive, not particularly easy and, of course, heavy equipment can be dangerous.

ISEE’s co-founders Yibiao Zhao and Debbie Yu said they identified the logistics industry as one that needs more automation, and these container yards especially. “Working with customers, it’s surprising how dated their yard operation is — it’s basically just people yelling,” said Zhao. “There’s a big opportunity to bring this to the next level.” 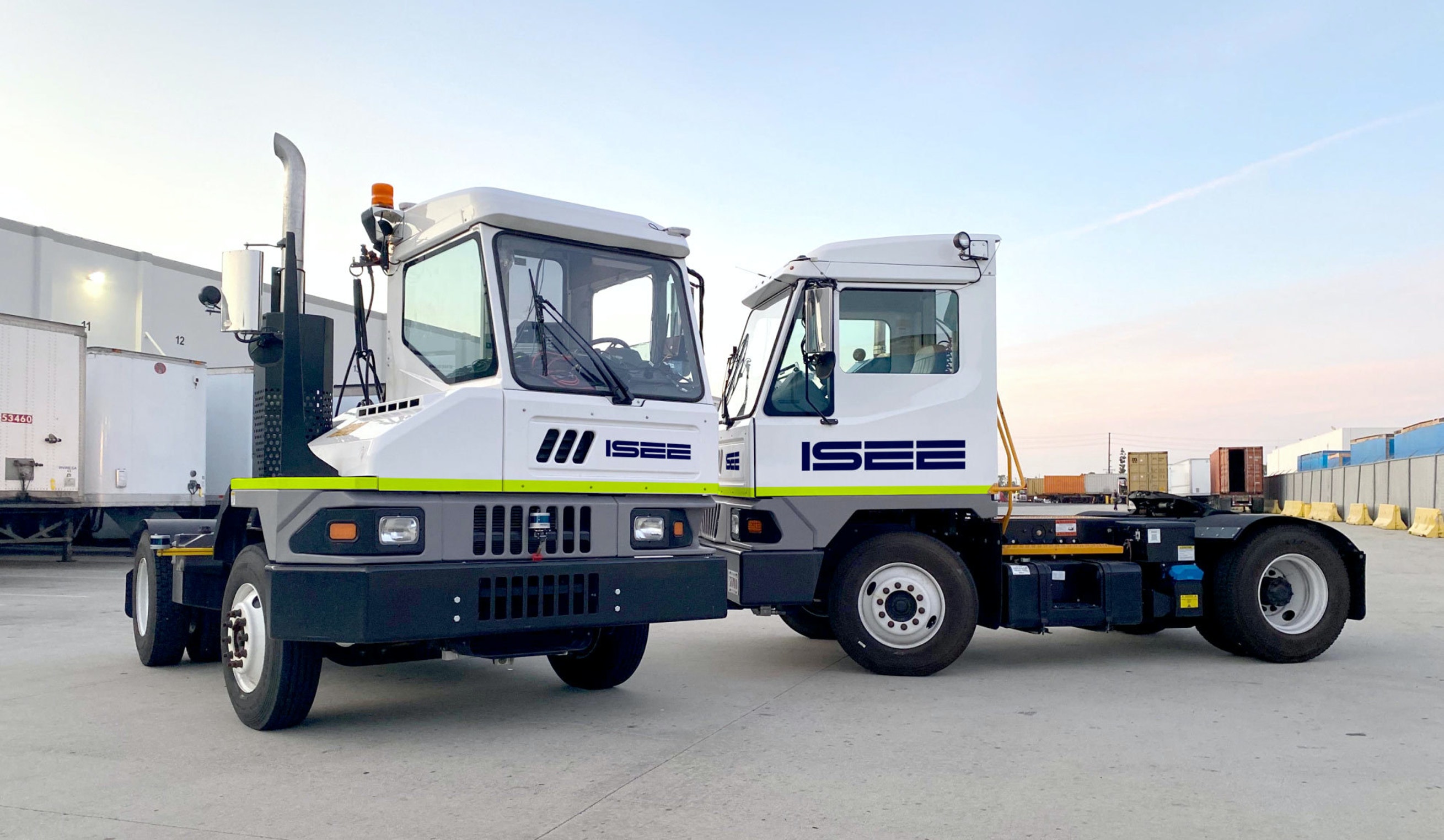 The ISEE trucks are not fully custom vehicles but yard trucks of a familiar type, retrofitted with lidar, cameras and other sensors to give them 360-degree awareness. Their job is to transport containers (unmodified, it is important to note) to and from locations in the yards, backing the 50-foot trailer into a parking spot with as little as a foot of space on either side.

“A customer adopts our solution just as if they’re hiring another driver,” Zhao said. No safe zone is required, no extra considerations need to be made at the yard. The ISEE trucks navigate the yard intelligently, driving around obstacles, slowing for passing workers, and making room for other trucks, whether autonomous or human. Unlike many industrial machines and vehicles, these bring the current state of autonomous driving to bear in order to stay safe and drive as safely as possible among mixed and unpredictable traffic.

The advantage of an automated system over a human driver is especially pronounced in this environment. One rather unusual limitation of yard truck drivers is that, because the driver’s seat is on the left side of the cabin, they can only park the trucks on the left as well since that’s the only side they can see well enough. ISEE trucks have no such limitation, of course, and can park easily in either direction, something that has apparently blown the human drivers’ minds.

Efficiency is also improved through the infallible machine mind. “There are hundreds, even thousands of containers in the yard. Humans spend a lot of time just going around the yard searching for assets, because they can’t remember what is where,” explained Zhao. But of course a computer never forgets, and so no gas is wasted circling the yard looking for either a container or a spot to put one.

Once it parks, another ISEE tech can make the necessary connections for electricity or air as well, a step that can be hazardous for human drivers in bad conditions.

The robotic platform also offers consistency. Human drivers aren’t so good when they’re trainees, taking a few years to get seasoned, noted Yu. “We’ve learned a lot about efficiency,” she said. “That’s basically what customers care about the most; the supply chain depends on throughput.”

To that end she said that moderating speed has been an interesting challenge — it’s easy for the vehicle to go faster, but it needs the awareness to be able to slow down when necessary, not just when there’s an obstacle, but when there are things like blind corners that must be navigated with care.

It is in fact a perfect training ground for developing autonomy, and that’s kind of the idea.

“Today’s robots work with very predefined rules in very constrained environments, but in the future autonomous cars will drive in open environments. We see this tech gap, how to enable robots or autonomous vehicles do deal with uncertainty,” said Zhao. 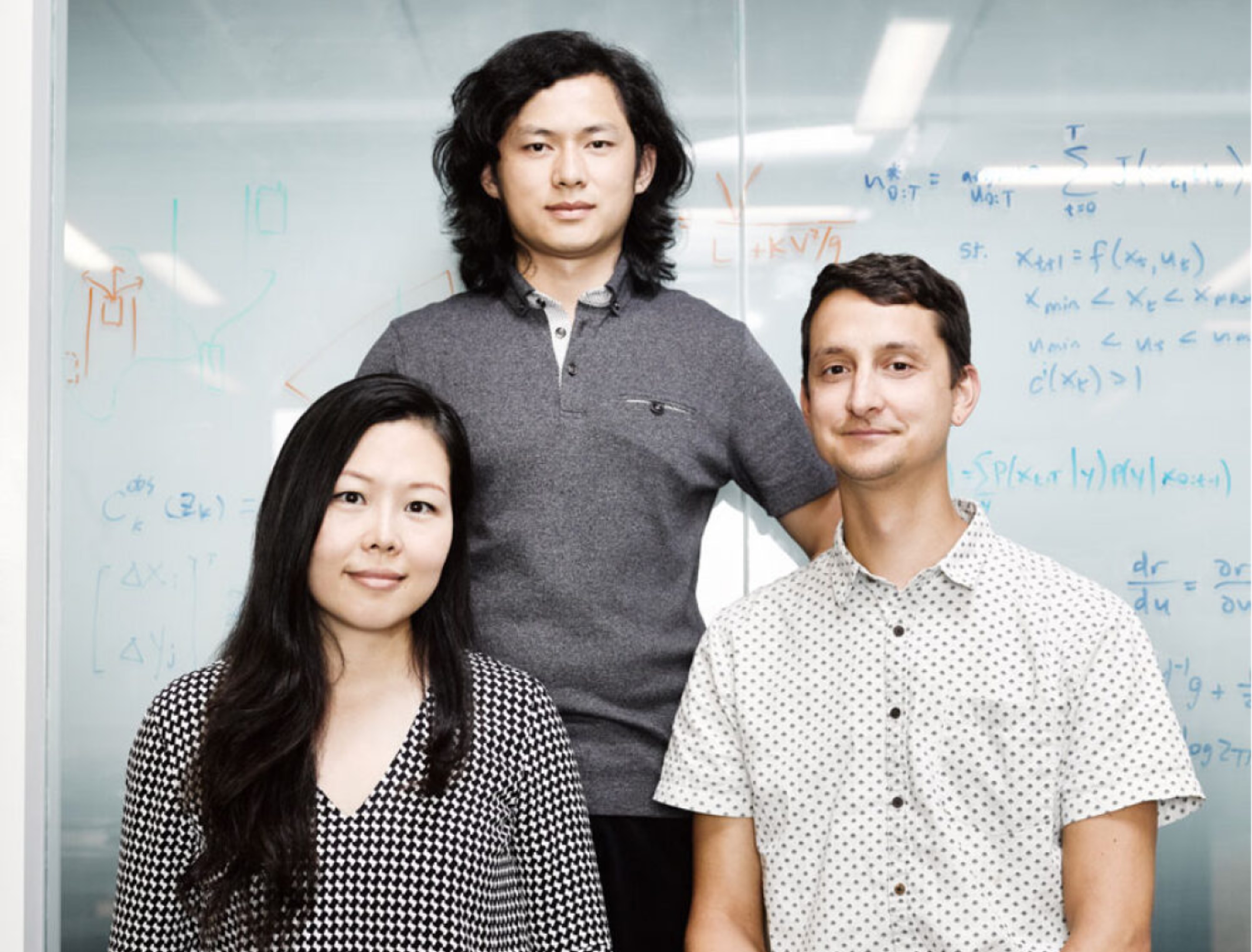 “We needed a relatively unconstrained environment with complex human behaviors, and we found it’s actually a perfect marriage, the flexible autonomy we’re offering and the yard,” he continued. “It’s a private lot, there’s no regulation, all the vehicles stay in it, there are no kids or random people, no long tail like a public highway or busy street. But it’s not simple, it’s complex like most industrial environments — it’s congested, busy, there are pedestrians and trucks coming in and out.”

Although it’s an MIT spinout with a strong basis in papers and computer vision research, it’s not a theoretical business. ISEE is already working with two major shippers, Lazer Spot and Maersk, which account for hundreds of yards and some 10,000 trucks, many or most of which could potentially be automated by ISEE.

So far the company has progressed past the pilot stage and is working with Maersk to bring several vehicles into active service at a yard. The Maersk Growth Fund has also invested an undisclosed amount in ISEE, and one detects the possibility of an acquisition looming in the near future. But the plan for now is to simply expand and refine the technology and services and widen the lead between ISEE and any would-be competitors.