Twitter today is officially launching its first-ever subscription service, Twitter Blue, initially in Australia and Canada. The subscription will allow Twitter users to access premium features, including tools to organize your bookmarks, read threads in a clutter-free format and take advantage of an “Undo Tweet” feature — which is the closest thing Twitter will have to the long-requested “Edit” button.

The company’s plans for the subscription service had been previously scooped by app researcher Jane Manchun Wong, who uncovered the service’s name, pricing and feature set by digging around inside the mobile app’s code. Twitter Blue also recently showed up as an in-app purchase, further confirming some of Wong’s findings.

The only questions that seemingly remained, then, were when Twitter Blue would finally launch and when it would reach all global users.

Twitter tells TechCrunch it’s starting Twitter Blue with the select markets of Canada and Australia to help it determine whether its existing feature set will meet the needs of those who are looking for more customization over their Twitter experience, as well as to encourage discussion around other features that Twitter should prioritize for future iterations of Twitter Blue.

“We are going to continue to iterate on different tier and pricing opportunities as we continue to learn more about what is — and isn’t — working,” a Twitter spokesperson told us.

In Canada and Australia, the subscription will cost $3.49 CAD or $4.49 AUD, respectively. 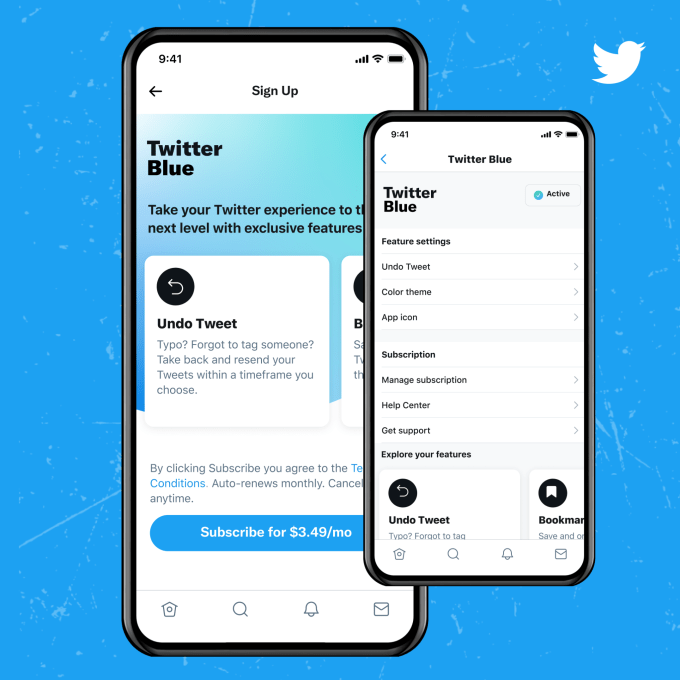 There are also a few things to know about Twitter Blue’s current feature set, beyond the basics.

The new Bookmark Folders option is designed to help Twitter users organize their saved content, collected through Twitter’s Bookmarks feature. Introduced in early 2018, Twitter’s Bookmarks gives users a private way to save tweets for later reference. This is useful for those who want to read long-form content at a later time, or for those who want to save tweets without alerting others to that fact. For example, if the tweets being saved aren’t those they would normally “Favorite” (the heart icon), perhaps because the user disagrees with the sentiment being expressed, the bookmarks button lets them save the tweet more privately. 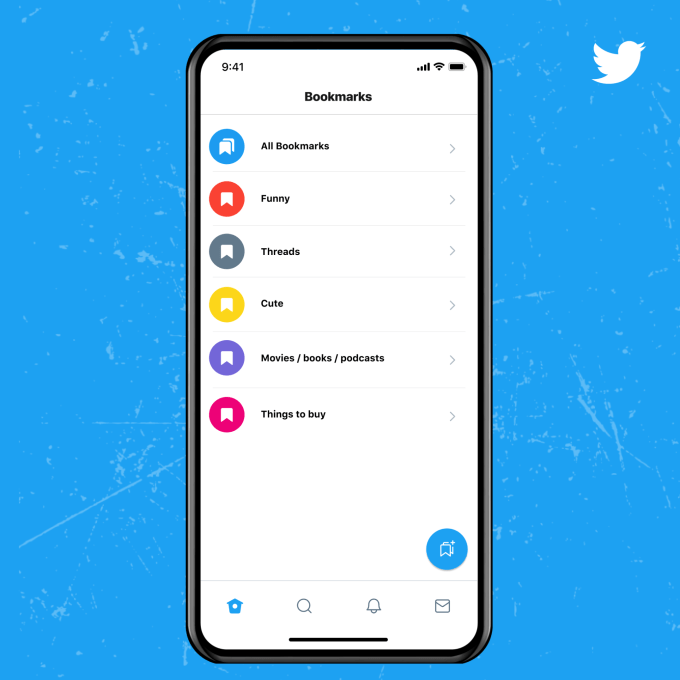 The Folders feature will let users create subfolders for their bookmarks, which are also color-coded for easy at-a-glance access. And there’s an “Add Bookmark” button on this screen, so you can add a tweet to the collection from the Bookmarks section directly.

The new Reader Mode feature, meanwhile, may not be exactly what some Twitter users were expecting.

Ahead of Twitter Blue’s launch, Twitter acquired Scroll, a distraction-free reading service that cleans up news articles by removing ads and other clutter for a better reading experience. Scroll CEO Tony Haile then tweeted that the product’s features would be integrated into Twitter’s subscription “later in the year.” 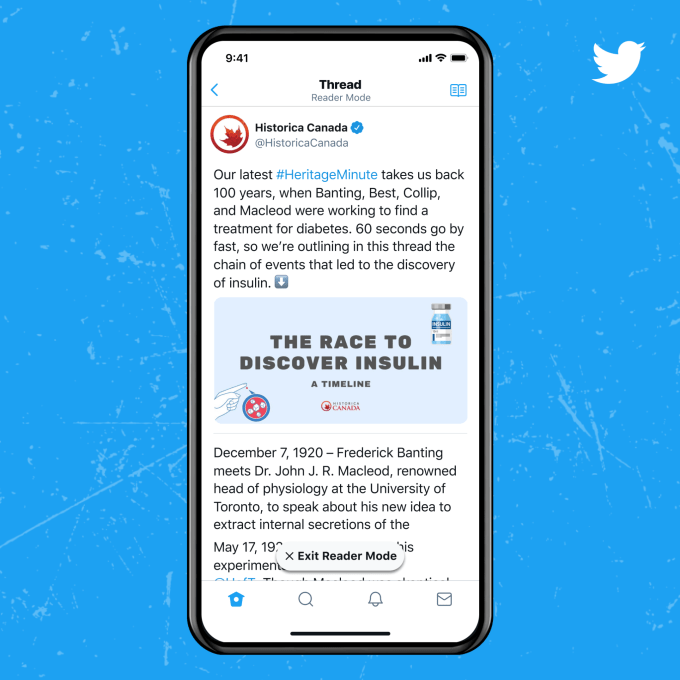 But Twitter tells us that Reader Mode isn’t correlated to any of the company’s recent acquisitions, including Scroll, and instead was built separately for the Twitter Blue offering. For the time being at least, Reader Mode is focused on making it easier to read through longer Twitter threads — basically, an alternative to something like the third-party app, Thread Reader App.

When you go into the tweet detail view where it shows you the full Twitter thread, Twitter Blue subscribers will see a button which lets you change the screen to show you long-form text. You can exit Reader Mode to see the thread as usual.

As for Scroll, Twitter says the better reading experiences it brings to the platform will be incorporated into Twitter Blue later on.

Finally, there’s Twitter Blue’s flagship feature, Undo Tweet. While not the Edit button users really want, it will allow you to quickly “unsend” a tweet when you spot a typo or make some other kind of mistake — like forgetting to tag someone, for instance. 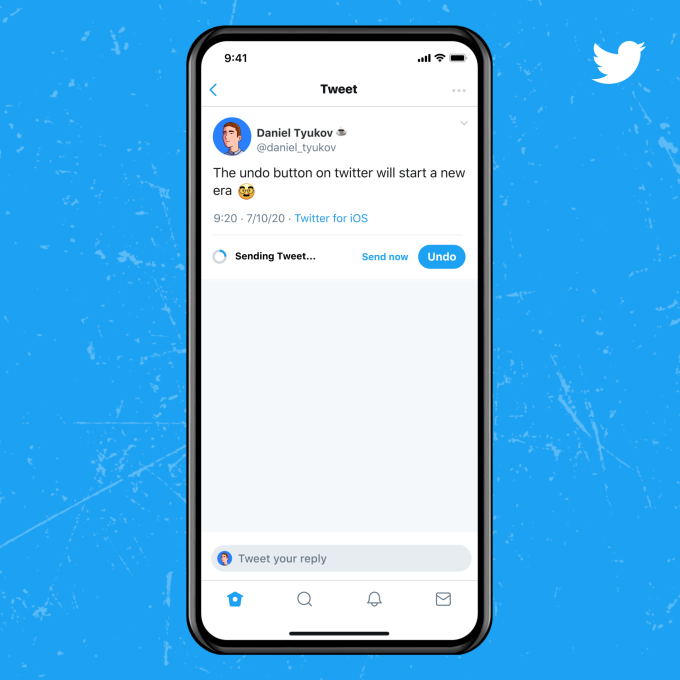 Users can set their own customizable time of up to 30 seconds to “undo” the tweet or reply from being posted to their Timeline, Twitter says. Before Twitter Blue’s launch, the company had hinted that this “undo” option was the way it would likely address user demand for an Edit button. Twitter had feared actually allowing users to correct their tweets at any time, as it could lead to malicious activity — like changing the text of the tweet to later have a different meaning, for example.

Undo Tweet will address many scenarios, however, where users have quickly posted only to belatedly spot a typo. That alone may be worth a few dollars per month for Twitter power users who tweet frequently.

Twitter stressed today that the launch of Twitter Blue won’t mean anything about the free version of Twitter is changing. The subscription will remain focused on adding enhancements and other complementary features to Twitter’s free tier. And it may grow to include more options over time.

The subscription service isn’t just a way to better serve Twitter’s power users, it’s part of the company’s broader plan to reduce its reliance on advertising revenue as its only source of profit. As Twitter has struggled to grow its user base over the years, it’s more recently begun looking to generate more money from the dedicated users it does have. These plans will include offering tools to creators, including the upcoming Super Follow subscription, as well as Twitter Blue.

Twitter told investors earlier this year it plans to at least double its total annual revenue, from $3.7 billion in 2020 to $7.5 billion or more, in 2023, in part thanks to its new initiatives, including subscriptions.

Twitter Blue will initially be available in its supported markets on iOS only. Early adopters are asked to tweet their product feedback to @TwitterBlue.