It’s still a bit of a legal maze, but more cities are coming around to the idea of letting local home chefs bring in more income by selling homecooked meals to those nearby.

Shef is a marketplace meant to help these home chefs connect with customers, handle orders and get the food delivered — and they’ve just raised $20 million to get it done.

The company is announcing its Series A round this morning, led by Andreessen Horowitz and backed by Y Combinator, Craft Ventures, M13 and a bevy of celebrities including Padma Lakshmi, Chef Aarón Sánchez, Katy Perry, Tiffany Haddish, Orlando Bloom and NBA All-Star Andre Iguodala.

As part of the round, Andreessen Horowitz GP (and former OpenTable CEO) Jeff Jordan will join Shef’s board.

Because of varying local laws, Shef works a bit differently from market to market. In some places, for example, they’re able to tap local delivery networks to get meals the last mile; in others, chefs handle deliveries themselves.

Across all markets, though, the ordering process boils down to: pick a chef, order what you want a few days in advance (everything is done via pre-orders so chefs know exactly what they’ll need each day — it’s not an on-a-whim kind of thing), then heat it up upon arrival. 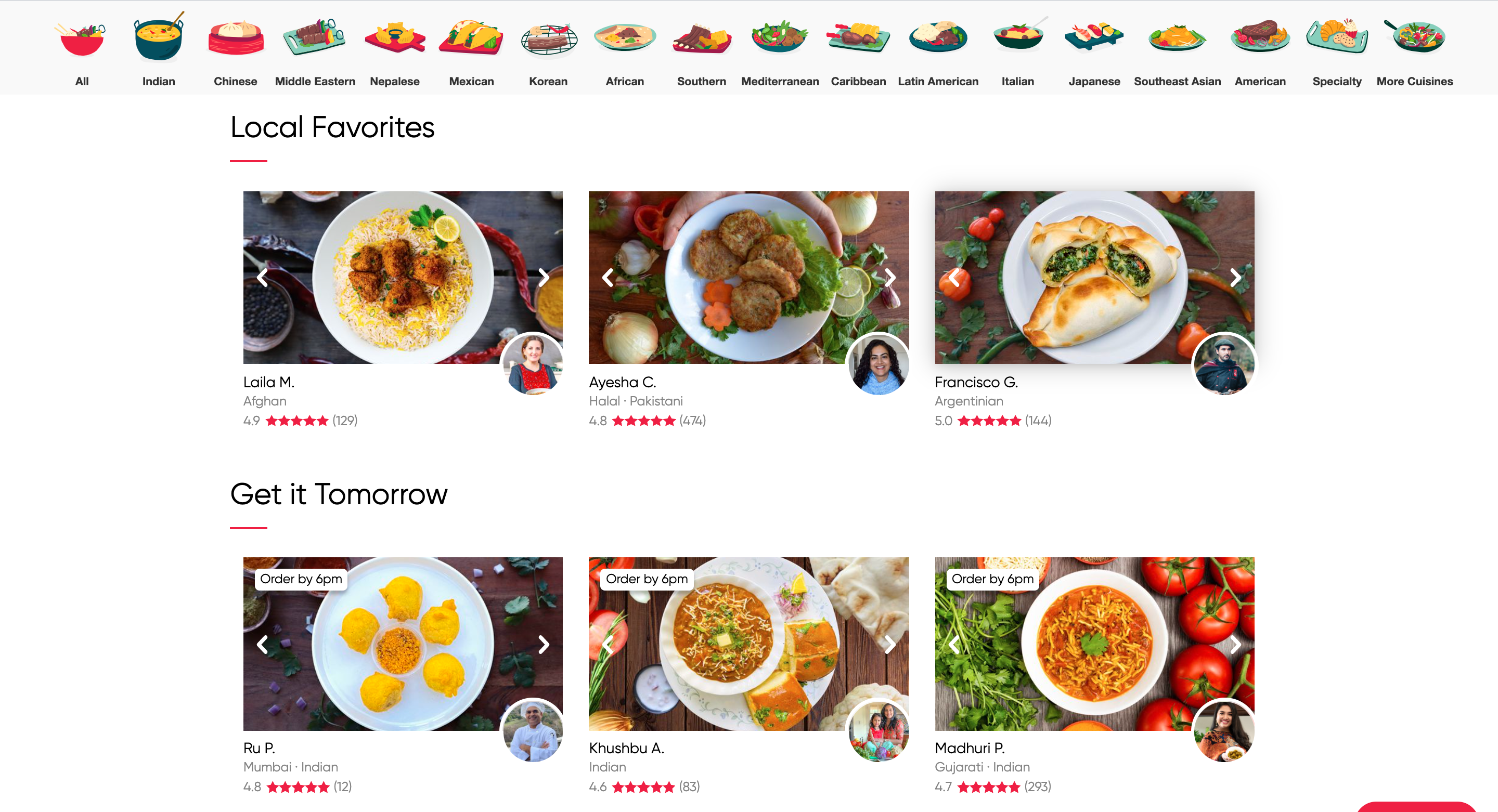 But whether or not a service like this is even allowed to exist varies from place to place. Even in California, where a relatively new statewide law allows home cooks to sell their goods, the final say (and the details of the implementation) comes down to each county. In many places, “homecooking” still requires getting access to a commercial kitchen.

Shef co-founders Alvin Salehi and Joey Grassia don’t shy away from the legal challenges — in a chat earlier this week, they told me that they expect much of the funds they raised to go toward two things: figuring out how to get services like theirs legalized in more markets (they’ve hired Danielle Merida, former general counsel for TaskRabbit, to help there), and to onboard chefs as those new markets come online.

The company says they currently have more than 12,000 home chefs on their wait list, with that number ballooning as the pandemic shuttered restaurants around the country. Each chef they bring on to the platform goes through a 150-step onboarding process, including a food safety certification exam and food quality assessment.

Shef is currently live in the Bay Area, Austin, Boston, Chicago, Houston, Seattle and New York, with plans to roll out in new markets… well, as soon as they can.