Iterative, an open-source startup that is building an enterprise AI platform to help companies operationalize their models, today announced that it has raised a $20 million Series A round led by 468 Capital and Mesosphere co-founder Florian Leibert. Previous investors True Ventures and Afore Capital also participated in this round, which brings the company’s total funding to $25 million.

The core idea behind Iterative is to provide data scientists and data engineers with a platform that closely resembles a modern GitOps-driven development stack.

After spending time in academia, Iterative co-founder and CEO Dmitry Petrov joined Microsoft as a data scientist on the Bing team in 2013. He noted that the industry has changed quite a bit since then. While early on, the questions were about how to build machine learning models, today the problem is how to build predictable processes around machine learning, especially in large organizations with sizable teams. “How can we make the team productive, not the person? This is a new challenge for the entire industry,” he said.

Big companies (like Microsoft) were able to build their own proprietary tooling and processes to build their AI operations, Petrov noted, but that’s not an option for smaller companies.

Currently, Iterative’s stack consists of a couple of different components that sit on top of tools like GitLab and GitHub. These include DVC for running experiments and data and model versioning, CML, the company’s CI/CD platform for machine learning, and the company’s newest product, Studio, its SaaS platform for enabling collaboration between teams. Instead of reinventing the wheel, Iterative essentially provides data scientists who already use GitHub or GitLab to collaborate on their source code with a tool like DVC Studio that extends this to help them collaborate on data and metrics, too. 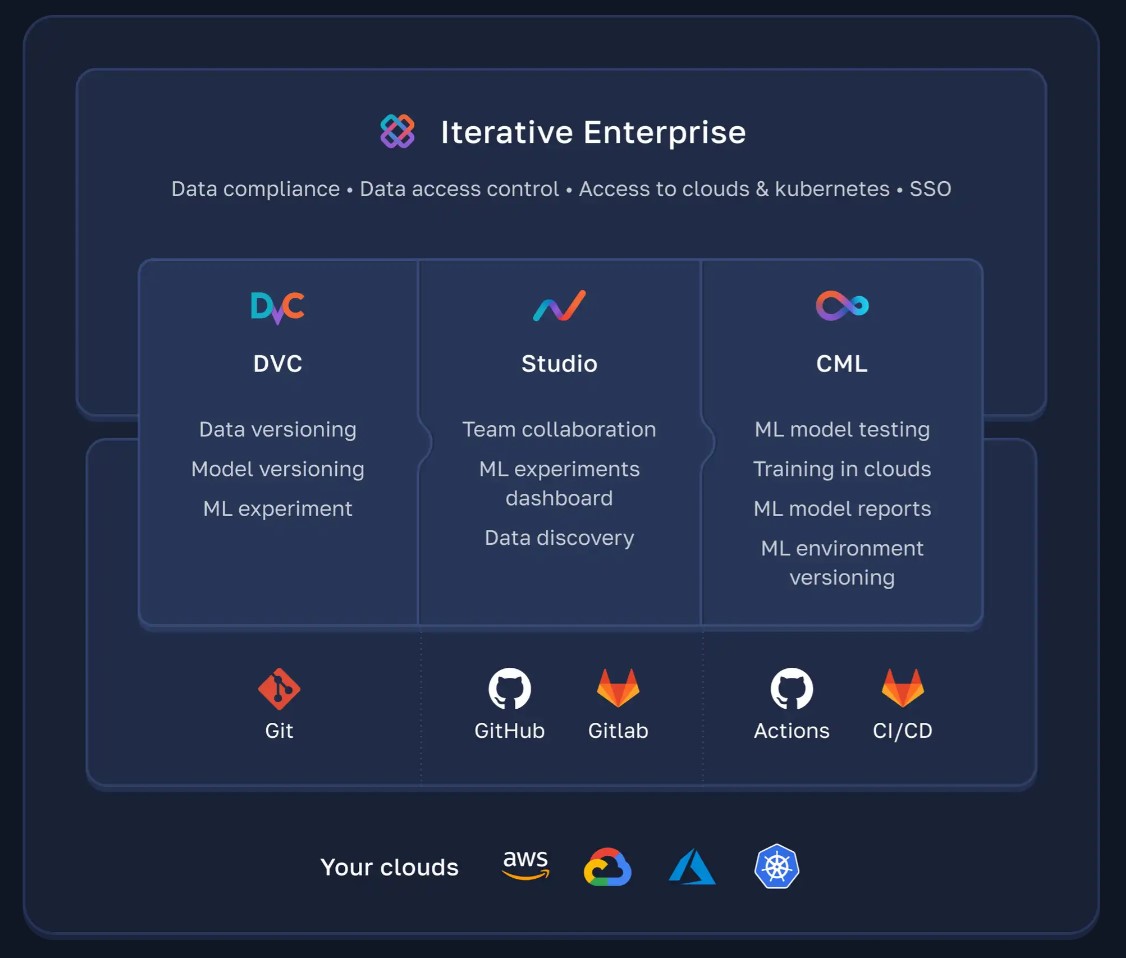 “DVC Studio enables machine learning developers to run hundreds of experiments with full transparency, giving other developers in the organization the ability to collaborate fully in the process,” said Petrov. “The funding today will help us bring more innovative products and services into our ecosystem.”

Petrov stressed that he wants to build an ecosystem of tools, not a monolithic platform. When the company closed this current funding round about three months ago, Iterative had about 30 employees, many of whom were previously active in the open-source community around its projects. Today, that number is already closer to 60.

“Data, ML and AI are becoming an essential part of the industry and IT infrastructure,” said Leibert, general partner at 468 Capital. “Companies with great open-source adoption and bottom-up market strategy, like Iterative, are going to define the standards for AI tools and processes around building ML models.”