Delhivery, India’s largest independent e-commerce logistics startup, has raised $277 million in what is expected to be the final funding round before the firm files for an IPO later this year.

In a regulatory filing, the Gurgaon-headquartered startup disclosed it had raised $277 million in a round led by Boston-headquartered investment firm Fidelity. Singapore’s sovereign wealth fund GIC, Abu Dhabi’s Chimera, and U.K.’s Baillie Gifford also participated in the new round, the name* of which the startup didn’t specify.

The new round valued the 10-year-old startup at about $3 billion. Delhivery — which also counts SoftBank Vision Fund, Tiger Global Management, Times Internet, The Carlyle Group and Steadview Capital among its investors — has raised about $1.23 billion to date.

Delhivery began its life as a food delivery firm, but has since shifted to a full suite of logistics services in over 2,300 Indian cities and more than 17,500 zip codes.

It is among a handful of startups attempting to digitize the demand and supply system of the logistics market through a freight exchange platform. 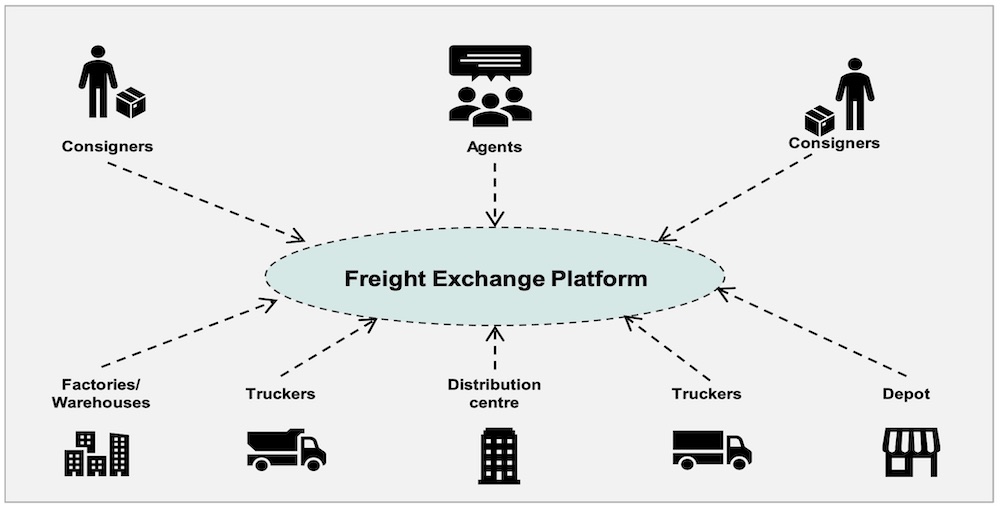 Its platform connects consigners, agents and truckers offering road transport solutions. The startup says the platform reduces the role of brokers, makes some of its assets such as trucking — the most popular transportation mode for Delhivery — more efficient, and ensures round the clock operations.

This digitization is crucial to address the inefficiencies in the Indian logistics industry that has long stunted the national economy. Poor planning and forecasting of demand and supply increases the carrying costs, theft, damages, and delays, analysts at Bernstein wrote in a report last month about India’s logistics market.

Delhivery, which says it has delivered over 1 billion orders, works with “all of India’s largest e-commerce companies and leading enterprises,” according to its website, where it also says the startup has worked with over 10,000 customers. For the last leg of the delivery, its couriers are assigned an area that never exceeds 2 sq km, allowing them to make several delivery runs a day to save time.

The startup said late last year that it was planning to invest over $40 million within two years to expand and increase its fleet size to meet the growing demand of orders as more people shop online amid the pandemic.

(*Indian news outlet Entrackr, which first reported on the filing, suggested it’s a Series H round. But according to insight platform Tracxn, there is no record of a Series G round for Delhivery. The startup didn’t comment on Sunday.)