When Merlin Labs founder Matt George was learning to fly in Vermont, he had a close call with a JetBlue aircraft that was coming into Burlington airport. It was “an unsettling experience,” he told TechCrunch, but one that stuck with him. A few years later, after the transportation company he founded (Bridj) was acquired by Singapore-based Transit Systems, he started thinking about how he could bring to the air the innovations that were taking place in autonomous ground transportation.

Now, two-and-a-half years after founding Merlin Labs, the company is coming out of stealth with a 55-aircraft partnership with aviation solutions company Dynamic Aviation. The company also announced that it has raised $3.5 million in seed funding and $21.5 million in Series A, led by First Round Capital and GV (formerly Google Ventures) respectively, with additional investments from Floodgate, Harpoon, WTI, Ben Ling, Box Group, Shrug Capital and Howard Morgan.

Merlin Labs’ has performed “a couple hundred” autonomous missions from takeoff to touchdown across the three generations of its experimental system, George said. It’s been conducting its flight tests from a dedicated facility at the Mojave Air & Space Port. The latest iteration, called Murray, is a few months old. He described the system as a drop-in autonomy kit that can be adapted across aircrafts. While there is a human pilot monitoring the aircraft on the ground that can take over in case of an emergency, planes retrofitted with Merlin Labs’ system operate on their own. 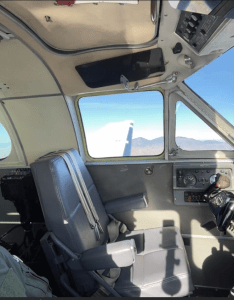 However, before the fleet of 55 King Air planes can take to the skies for commercial service, Merlin Labs still needs to get a supplemental type certification from the U.S. Federal Aviation Administration. George was unable to provide a timeline of when Merlin Labs might get the certification but it’s a necessary process in an industry that’s highly regulated and justifiably risk averse.

The company is also certifying capability to allow air traffic controllers to “talk” to the aircraft directly, using natural language processing so that the aircraft understands the words and can translate it into action. The plane will also be able to respond with “a high degree of cognition,” George said.

“We firmly believe that air traffic controllers need to be able to interact with the aircraft just like they would interact with any other aircraft,” he said. “There shouldn’t be any special interfaces. They should be able to go talk to it, have the aircraft perform those actions, and talk back. So that’s a really important part we’re working on.”

Looking to the future, George said that Merlin Labs has no intention of becoming an airline or operating planes themselves. Instead, it’s looking to provide autonomy as a service to more providers like Dynamic Aviation (which owns the largest private fleet of King Air planes) and logistics giants like UPS and FedEx.

“Autonomy is eating the world,” George said. “The opportunity to be able to go automate the airspace is really important, to be able to bring people together, to create digital infrastructure that connects the entire world.”