When Privacy.com was founded in 2014, the company’s focus was to let anyone generate virtual and disposable payment card numbers for free.

The goal was to allow those users to keep users’ actual credit card numbers safe while allowing the option to cut off companies from their bank accounts. In an age of near-constant data breaches and credit card skimmers targeting unsuspecting websites, Privacy.com has made it harder for hackers to get anyone’s real credit card details.

The concept has appealed to many. At the time of its $10.2 million Series A last July, Privacy.com said it had issued 5 million virtual card numbers. Today, that number has more than doubled, to over 10 million, according to CEO and co-founder Bo Jiang.

“We set out to create the safest and fastest way to pay online. Our mobile app and web browser extension lets you generate a virtual card for every purchase you want to make online,” Jiang explained. “That can be especially convenient for things like managing subscriptions or making sure your kid doesn’t spend $1,000 on Fortnite skins.”

Over the years, the New York-based company realized the value in the technology it had developed to issue the virtual and disposable payment cards. So after beta testing for a year, Privacy.com launched its new Card Issuing API in 2020 to give corporate customers the ability to create payment cards for their customers, optimize back-office operations or simplify disbursements.

The early growth of the new card issuing platform, dubbed Lithic, has prompted the startup to shift its business strategy — and rebrand.

In the process of building out its consumer product, Privacy.com ended up building a lot of infrastructure around programmatically creating cards.

“If you think about the anatomy of credit/debit card transactions there’s a number of modern processors such as Stripe, Adyen, Braintree and Checkout,” Jiang told TechCrunch. “On the flip side, we’re focused on card creation and issuing, and the APIs for actually creating cards. That side has lagged the card acquiring side by five to seven years…We’ve built a lot to support card creation for ourselves, and realized tons of other developers need this to create cards.”

As part of its new strategy, Privacy.com announced today that it has changed its name to Lithic and raised $43 million in Series B funding led by Bessemer Venture Partners to double down on its card issuing platform and new B2B focus. Index Ventures, Tusk Venture Partners, Rainfall Ventures, Teamworthy Ventures and Walkabout Ventures also participated in the financing, which brings Lithic’s total raised to date to $61 million. 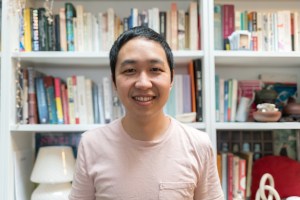 Privacy.com, the company’s consumer product, will continue to operate as a separate brand powered by the Lithic card issuing platform.

Put simply, Lithic was designed to make it simple for developers to programmatically create virtual and physical payment cards. Jiang is encouraged by the platform’s early success, noting that enterprise issuing volumes tripled in the last four months. It competes with the likes of larger fintech players such as Marqeta and Galileo, although Jiang notes that Lithic’s target customer is more of an early-stage startup than a large, established company.

“Marqeta, for example, goes after enterprise and is less focused on developers and making their infrastructure accessible. And, Galileo too,” he told TechCrunch. “When you compare us to them, because we’re a younger company, we have the benefit of building a much more modern infrastructure. That allows us to bring costs down but also to be more nimble to the needs of startups.”

The benefits touted by Lithic’s “self-serve” platform include being able to “instantly” issue a card and “accessible building blocks,” or what the company describes as focused functionality so developers can include only the features they want.

Another benefit? An opportunity for a new revenue stream. Developers earn back a percentage of interchange revenue generated by the merchant, according to Lithic. “What we’ve noticed is a lot of folks have really big ambitions to build more of a stack in-house. We offer a path for folks by bringing more of a payments piece of the world that they can build for scale,” he said. “As a result of all these things, we end up not competing head to head with Marqeta, for example, on a ton of deals.”

The company charges a fee per card for Lithic API customers (it’s free for Privacy.com). And it makes money on interchange fees with both offerings.

How to break into Silicon Valley as an outsider

For Charles Birnbaum, partner at Bessemer Venture Partners, the shift from B2C to B2B is a smart strategy. He believes Lithic is building a critical piece of the embedded fintech and payments infrastructure stack.

“We have been big fans of the Privacy.com team and product since the beginning, but once we started to see such strong organic growth across the fintech landscape for their new card processing developer platform the past year, we just had to find a way to partner with the team for this next phase of growth,” he said.

Index Ventures partner Mark Goldberg notes that as every business becomes a fintech, there’s been an “explosion” in demand for online payments and card issuance.

“Lithic has stood out to us as being the developer-friendly solution here — it’s fast, powerful and insanely easy to get up-and-running,” he said. “We’ve heard from customers that Lithic can power a launch in the same amount of time it takes an incumbent issuer to return a phone call.”

Lithic plans to use its new capital to expand the tools and tech it offers to developers to issue and manage virtual cards as well as enhance its Privacy.com offering.