Hot off the heels of our look into Marqeta’s IPO filing and dives into SPACs for Bright Machines and Bird, we’re parsing the WalkMe IPO filing. Later this week, Squarespace will direct list and we’ll see IPOs from Oatly and Procore. It’s a super busy time for public debuts of all sorts.

Given how hectic the IPO market is, we’re going to skip our usual throat clearing and dig into WalkMe’s IPO document. As always, we’ll start with a brief overview of its product and then move into discussing its financial performance. 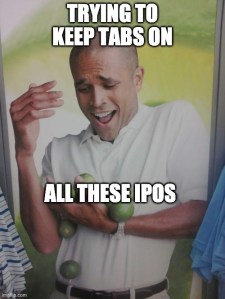 WalkMe is the second Israel-based technology company to file to go public this week: No-code startup Monday.com is also pursuing an American IPO.

Alright! Into the breach.

What does WalkMe do?

WalkMe’s software provides visual overlays on websites that help users navigate the product in question. I base that explanation on my time at Crunchbase, which was a customer during at least part of my time there. WalkMe is popular with marketing teams who want to introduce users to a new or refreshed experience.

Per the company’s F-1 filing, other elements of its service that matter include its onboarding system and what WalkMe calls Workstation, or its “single interface to the applications within an enterprise and simplifies task completion through a natural language conversational interface and automation.” We’re including that last feature because it says “automation,” which, in the wake of the UiPath IPO, is a word worth watching. Investors are.

At a high level, WalkMe is a SaaS business, which means that when we digest its results we are digging into a modern software company. Let’s do just that.