Nearly every social media experience today is built on the same premise: Humans identify with individuality. Users create a profile, upload an avatar picture, write a short biography and can then scream into the ether to other users on behalf of their digitally sculpted selves.

Naj Austin, the founder behind Ethel’s Club, built Somewhere Good last year on an entirely different premise. She believes that humans crave collectivism more than individualism in a post-COVID world. So she’s in the process of reinventing how social media looks and feels, and with community and people of color at the core.

Less than a year after launching, Somewhere Good announced this morning that it has raised $3.75 million in a seed round led by True Ventures. Existing investors Dream Machine, Debut Capital and Canvas Ventures participated in the round, along with new investors, including Slauson & Co., NextView Ventures and 2PM Inc. Notable angels include Ellen Pao of Project Include and actor Gabrielle Union. The money will be used for continued product innovation and expanding its nine-person team.

“I’m thinking about scale and trying to ensure that the most people have access to a safe and authentic community on their phones, and that means it has to be venture-backed in terms of being able to accomplish that in a way that also feels delightful,” Austin said. “To build a platform that allows for us to have consultants who are thinking about accessibility, safety and privacy, we have to pay them.”

Extracting the buzz from Community

Somewhere Good is a mobile app that connects people and then fosters that connection in a solely group setting, across a diversity of interests — such as a birdwatching collective for people of color or an anti-capitalist book club.

The platform arose from Austin’s other company, subscription-based community for people of color, Ethel’s Club. Members kept asking her for different things: a cooking club, a therapist recommendation, a wellness group. She said she became a de facto Google for members, and that Ethel’s Club began to “frankenstein” into different groups and needs.

“Which is, you know, not scalable,” she said. “We thought ‘Why don’t we build a technology layer that communities like Ethel’s club need?’” Somewhere Good is now a social search platform for people to join, chat and discover new communities. 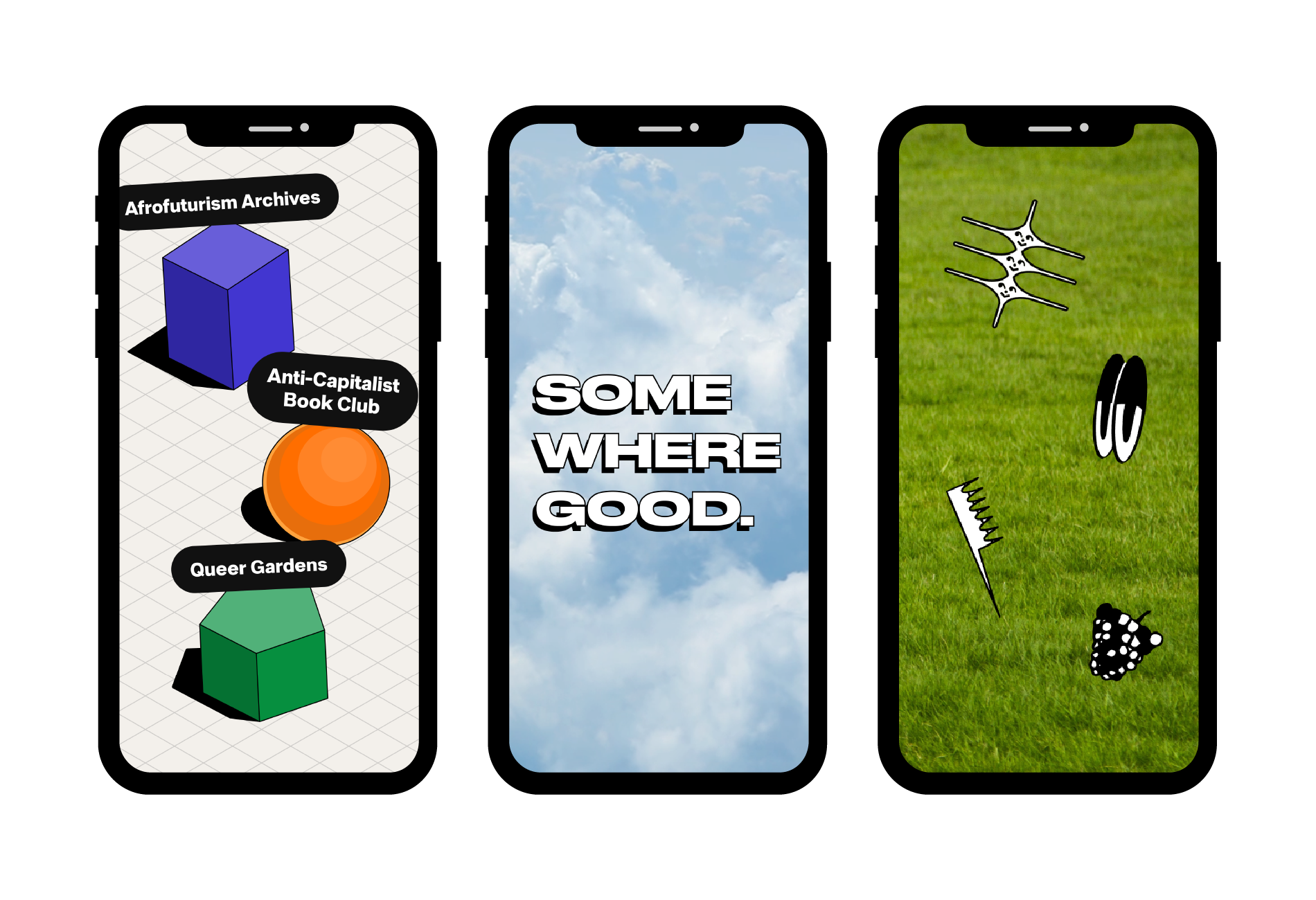 Users can visit and drop into different “worlds” or communities that fit their interests, she explained. Once a user has entered a world, they can view and post content and have real-time audio conversations with others. People are encouraged to cite content in order to promote content and nuance.

“If I add an Angela Davis article in ‘Abolition World’ I can also see that you added it to ‘Black Feminists’ world and so on,” Austin explained. “This is likely to encourage you to look into the Black Feminists world and further your discovery.”

Austin stressed that no one person or host controls the experience, instead putting focus on the community as a whole to create a world that is living and breathing. It’s her response to the rise of community in every startup right now.

“Communities become a buzzword that everyone’s trying to tap into their platforms now,” she said. “Things I know about community and what I’ve learned over the last year-and-a-half is that you need intimacy, you need nuance, you need collaboration and you need this magical collision of people who have shared identities.”

How Somewhere Good actually executes this mission will rely heavily on its product, which is still in its infancy. Right now, Austin shared that they have made intentional choices to remove what she sees as the “empty noise” of other social media platforms. At this point, there are no advertisements on Somewhere Good, no user profiles, no friending, no following and no feed.

Notably, this differentiation is also one of Somewhere Good’s biggest challenges.

“When building something new, it potentially feels like we are taking it away from the users,” she said. “For example, taking profiles away may feel like it is a less than, versus that it is additive in the long run because you no longer have to have a perfect profile and worry about users.”

The startup is testing out user reaction to these sorts of fundamental structural changes over the next couple of weeks. Somewhere Good also launched SHIFT, a $50,000 year-long fellowship program, to invite people to join the team and create a feedback loop on product, team and community, as well as explore some of the ideas that Austin is experimenting with today.

“We still aren’t going to be able to make the most perfect platform for everyone on Earth to start, and we know that, but in doing so we’ve created a fellowship to help inform us, and kind of heads down and deploy that occurs when you’re building a product.”

The app was meant to go into beta in January 2020 but that has now been pushed to the second half of 2021 so the team could continue to tweak the product. The beta will be invite-only to start, including 50 to 75 communities and their members that Somewhere Good has vetted beforehand and the some 5,000 people on its waitlist.

Somewhere Good’s monetization plan is also in the early innings, and the founder says it will focus on that more when the app reaches scale.

Clubhouse, an app valued at $1 billion that is similarly focused on community and spontaneity, could be seen as competition to Somewhere Good. Clubhouse has an exploration page that helps users discover different clubs, and it also built out a creator network to bring high-quality, recurring content to its platform.

“It’s a solid company,” Austin said. “But I think they’ve struggled with really big questions and I think that there are solutions and answers out there that Clubhouse has chosen not to embed to their platform, and that was simply a choice that they made.”

For now, she doesn’t seem fazed.

“I feel like most of the platforms that exist are taking what already exists and kind of putting a veneer on it,” she said. “There’s nothing wrong with repainting, but then it’s just repainting.” Reinventing feels like an outsized opportunity.

“I believe if we get Somewhere Good right, it can replace many of the apps on your phone,” she said. “When you think about it, where you receive the most value, outside of the calculator app, is with your friends and the people you know and trust.”