Pinterest is expanding further into the creator community with today’s launch of a video-first feature called “Idea Pins,” aimed at creators who want to tell their stories using video, music, creative editing tools and more. The feature feels a lot like Pinterest’s own take on TikTok, mixed with Stories, as the new Pins allow creators to record and edit creative videos with up to 20 pages of content, using tools like voiceover recording, background music, transitions and other interactive elements.

The company says Idea Pins evolved out of its tests with Story Pins, launched into beta in September 2020, after various stages of development beginning the year prior. At the time, Pinterest explained that Story Pins were different from the Stories you’d find on other social networks, like Snapchat or Instagram, because they focused on what people were doing — like trying new ideas or new products, not giving you snapshots of a creator’s personal life.

Another notable differentiator was that Story Pins weren’t ephemeral. That is, they didn’t disappear after a certain amount of time, but rather could be surfaced through search and other discovery mechanisms.

Pinterest to test livestreamed events this month with 21 creators

Over the past eight months since their debut, Pinterest has worked with Story Pin creators on the experience. That’s led to the new concept of the Idea Pin — essentially a rebranded Story Pin, which now offers a broader suite of editing tools than what was previously available.

Video is a key element in Idea Pins, as the Pins target the increased consumer demand for short-form video content of a creative nature — like what’s being delivered through TikTok, Instagram Reels, YouTube Shorts and elsewhere. The videos in the Pins can be up to 60 seconds on iOS, Android and web for each page, with up to 20 total pages per Pin. 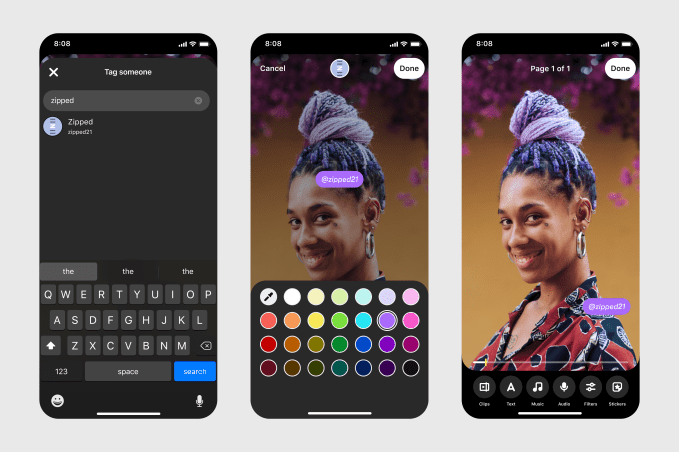 Creators can edit their videos by adding their own voiceover or using a “ghost mode” transition tool to better showcase their before-and-afters by overlaying one part of a video on another. And they can save drafts of their work in progress.

But Idea Pins still include a number of features common to Stories, like adding stickers or tagging other creators with an @username, for instance. Pinterest says it will start with over 100 stickers featuring hand-drawn illustrations focused on top categories and behaviors it expects to see, like food-themed illustrations, stickers for before-and-afters, seasonal moments, and more.

Pinterest is also working with the royalty-free music database Epidemic Sound to offer a catalog of free tracks for use in Idea Pins.

And because many creators will use Idea Pins to inspire people to try a recipe or project of some sort, they can include “detail pages” where viewers can find the ingredient list or instructions, which is handy. 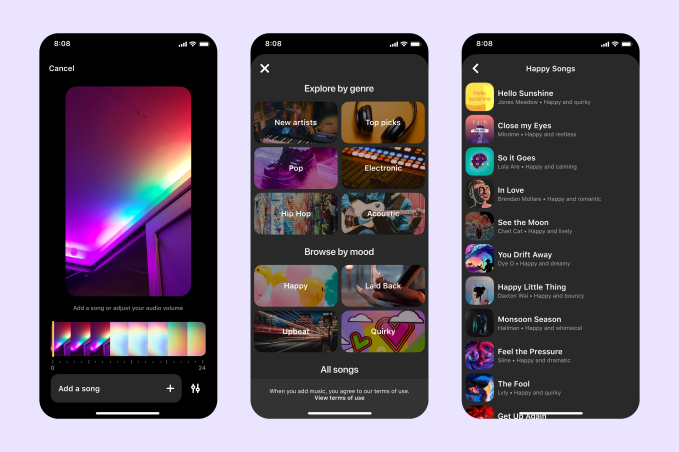 Pins are shared to Pinterest, where the company says they help the creator build an audience by being distributed in several places across its platform, including in some markets, by locating Pins for creators you follow right at the top of the home page.

Creators can also apply topic tags when publishing to ensure they’re surfaced when people are seeking that sort of content. Each Idea Pin can have up to 10 topic tags, which help to distribute the content in a targeted way to users via the home feed and search, the company says.

While Pins can help creators build an audience on Pinterest, they can use Idea Pins to grow their audience on other platforms, too. The company says it will offer export options that let people share their Pins across the web and social media. To do so, they download their Pin as a video, which includes a Pinterest watermark and profile name — a trick learned from TikTok. This can then be reshared elsewhere. 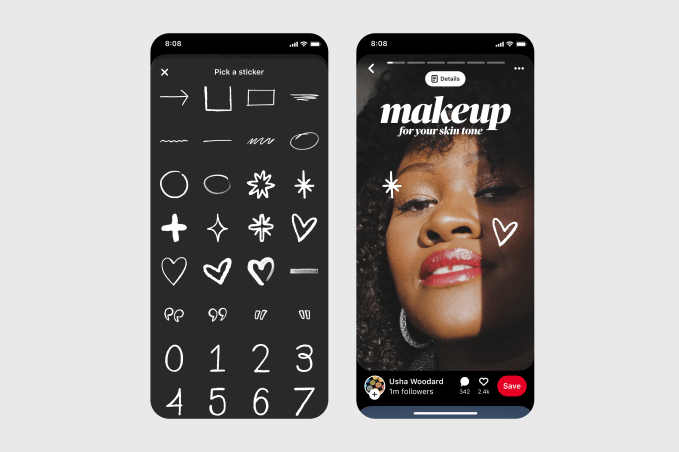 “We believe the best inspiration comes from people who are fueled by their passions and want to bring positivity and creativity into the world,” said Pinterest co-founder and Chief Design and Creative Officer Evan Sharp, in a statement about the launch. “On Pinterest, anyone can inspire. From creators to hobbyists to publishers, Pinterest is a place where anyone can publish great ideas and discover inspiring content. We have creators with extraordinary ideas on Pinterest, and with Idea Pins, creators are empowered to share their passions and inspire their audiences,” he added.

The new Idea Pin format is rolling out today to all creators (users with a business account) in the U.S., U.K., Australia, Canada, France, Germany, Austria and Switzerland. 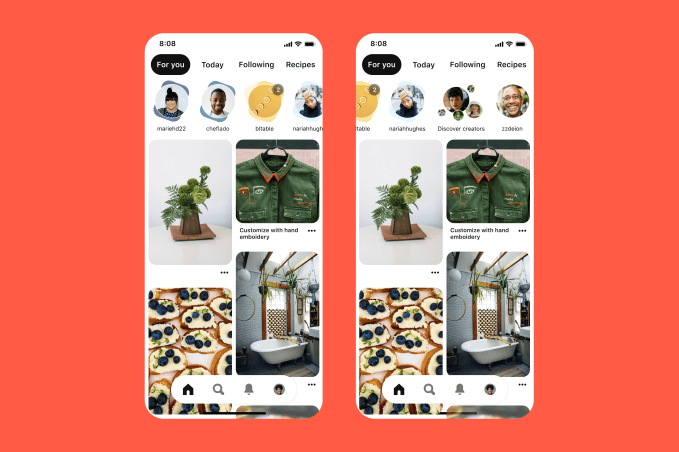 Pinterest says, during tests, it found that Idea Pins were more engaging than standard Pins, with 9x the average comment rate. The number of Idea Pins (previously known as Story Pins) has also grown by 4x since January, as more creators adopted the format.

To help creators track how well Pins are performing, Pinterest is expanding its Analytics feature to include a new followers and profile-visits-driven metric to show creators how their Idea Pins have driven deeper engagement with their account.

The company says the next step is to make Idea Pins more shoppable, which it’s doing now with tests of product tagging underway.

Pinterest has been increasing its investment in the creator community in recent months, with the launch of its first-ever Creator Fund last month, and this month’s test of livestreamed events with 21 creators. It’s also now testing creator and brand collaborations with a select number of creators, including Domonique Panton, Peter Som and GrossyPelosi, it says.

While Idea Pins seem like a natural pivot from Pinterest’s founding as an inspiration and idea board, it will face serious competition when it comes to wooing the professional creator community to its platform. Other Big Tech companies are outspending Pinterest, whose new Creator Fund of $500,000 falls short of the $1 million per day Snap paid creators or the $100 million fund for YouTube Shorts creators, TikTok’s $200 million fund or the deals Instagram has been making to lure Reels creators. These platforms, as well as a host of startups, are also giving creators a way to directly monetize their efforts through features like tips, donations, subscriptions and more.

What Pinterest may have in its favor, though, is its reach. The company claims 475 million users, which makes it a destination some creators may not want to overlook in their bid for growth, and later, e-commerce.