In most parts of Africa and the Middle East, a consumer journey and experience in buying furniture is not fun. A typical shopping process would entail looking for the best price and quality and asking for recommendations and checking offline stores, one after another.

It is rare to find one-stop shops, especially large offline ones, that can adequately cater to the needs of consumers in the MENA region. Home goods and furniture marketplaces have launched in the last three years around the region to meet this need. Egypt’s Homzmart is one such, and today the company is announcing it has closed its $15 million Series A investment.

The company was founded in 2019 by Mahmoud Ibrahim and Ibrahim Mohamed, but it didn’t launch until the first quarter of 2020. This round of financing follows a $1.3 million seed investment raised in February last year. According to the company, this brings the total amount raised to $17.2 million.

China’s MSA Capital, one of the investors in Homzmart’s seed round, co-led this Series A investment alongside Nuwa Capital. Other participating investors include EQ2 Ventures, Impact46, Outliers Venture Capital and Rise Capital.

The furniture industry in Egypt has been historically characterized by poor accessibility for consumers. Homzmart’s marketplace collects designs, price ranges and other details of its retailers’ products and solves high distribution costs for them by providing access to consumers who have flexible financing options. In addition, Homzmart said it incorporates AI to optimize content for retailers and intelligent tools to help customers with their purchasing decisions.

“As a marketplace, we stand between the supply and demand. So we connect furniture and home goods suppliers with consumers,” CEO Mahmoud Ibrahim told TechCrunch in an interview. “It’s almost like a big hassle to buy furniture in Africa and the Middle East. And I think it’s a pain all over the world when it comes to having a place that you can shop all your needs when it comes to home products.”

Over the last 12 months, Homzmart claims to have grown 30x in sales. It also showcases more than 55,000 products from thousands of brands and merchants. The online marketplace is tapping into the rapidly expanding $80 billion industry where 14 million customers in the region search online for furniture monthly. 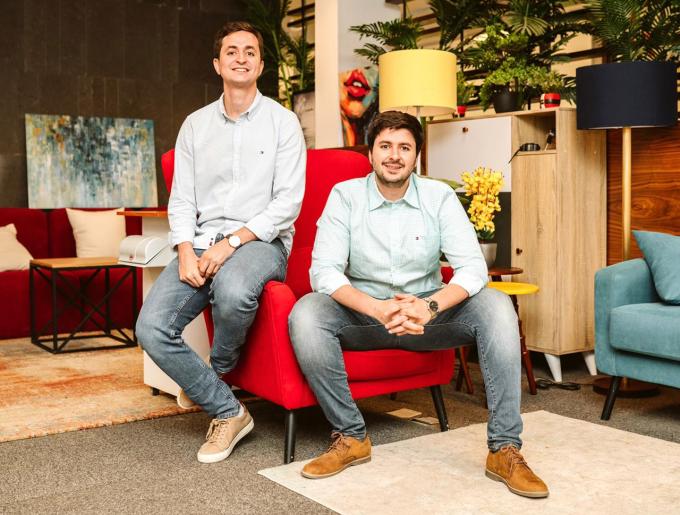 When Homzmart kicked off its hard launch and raised its seed round, it was right at the start of the pandemic. Ibrahim said the company was uncertain that it would survive due to anticipated behavioral changes in consumer spending. But the opposite happened. Customers in Egypt grew to like the product, resulting in more sales like most marketplaces and e-commerce platforms witnessed this past year.

“At the beginning, we were very worried and not sure how customers would react to buying furniture during the pandemic in the Middle East online. So we’re actually amazed by the traction as it seemed like the region was waiting for something like this to happen.”

The growth experienced within the pandemic was one reason MSA Capital decided to double down on the startup. As stated by Ben Harburg, the firm’s general partner, “The pandemic exposed the extreme vulnerabilities and inefficiencies of the Middle East’s archaic offline retail ecosystem, logistics and supply chain. Into the void stepped Homzmart as the next-generation, digitally enabled online marketplace and optimized logistics provider for large-item retail addressing both consumer and enterprise customers.”

Another reason behind the investment, the firm said, is the vast experience of both founders in e-commerce and fulfillment. Mahmoud was the VP of Operations for Jumia Egypt before becoming the Group COO of Daraz, a Southeast Asian company acquired by Alibaba in 2018. Mohamed is also a Jumia alumnus and was part of the logistics development and expansion team in Egypt.

Although their experience with different verticals in everyday commerce in Jumia and Daraz was invaluable, the founders chose to launch in the niche furniture market instead of building a similar model as their former employers. “We decided this was a really good vertical that we needed to focus on and hold ourselves accountable to digitizing in the region,” Mahmoud said about developing the niche product.

Homzmart’s first year in business was all about understanding supply and demand. The next couple of years is a strategy to expand across the MENA region, helping fulfill demand from a young and fast-growing consumer middle class.

“Whatever we did in Egypt, we need to do across the region. Homzmart isn’t looking to be just an Egyptian platform, rather a regional platform,” the CEO said.

The company has strategically launched operations close to Damietta City, Egypt, to focus on this regional market opportunity. The city is known to be one of the largest furniture manufacturing hubs in the Middle East and thus allows Homzmart to streamline the region’s vertical industry supply chain. An integral part of this supply chain is handling logistics and the movement of products from merchants to buyers. The company said a sizable tranche of investments would be used for this effort.

What’s next for the company when logistics is handled?