Logistics and delivery providers are territorially split between Earth and space, with companies like Amazon and FedEx working to master ground, air and drone transportation, and new entrants like SpaceX honing its expertise in space launch.

Autonomous transportation startup Aevum wants to do both. And it was just issued a patent that will help it move dexterously between space launch to low Earth orbit, and air cargo and drone deliveries here on Earth.

The key is Aevum’s unmanned aircraft system, which it calls Ravn X. So far, Aevum has only publicly discussed its plans for Ravn X in the context of space launches. It works like this: Ravn X uses conventional jet fuel and takes off from an airport runway, like a plane, but it has a rocket nested in its belly that deploys at high altitude to deliver payload to space. As the second stage detaches, Ravn X returns to Earth using conventional touch-down techniques, ready for another delivery.

The new Aevum patent, which was issued on May 4, is for a unique modular payload design positioned in the belly of the drone. With the new system described in the patent, that rocket payload module can be switched out for a cargo bay to carry deliveries around the world, or a drone module that can carry up to 264 smaller drones for last-mile delivery services. Theoretically, Ravn X could depart from an airport, deliver its payload to space, return back to the airport to be reloaded with a filled cargo module, then take off again for earthbound deliveries.

Aevum’s business model includes operating autonomous transportation and logistics as a service and partnering with existing logistics providers. One interesting possibility for the company is partnerships with logistics giants that so far have been effectively cut off from space deliveries due to the vertically integrated models of companies like SpaceX, which handle logistics and launch services in-house.

“We aim to enable FedEx, Amazon, UPS, DHL and others to build upon the logistics infrastructure they have already mastered,” Aevum CEO Jay Skylus said. “Any or all of these respected giants could partner with Aevum or purchase a fleet of Ravn X for their own and add space launch to their offerings. Space logistics should no longer be separated from general logistics.” 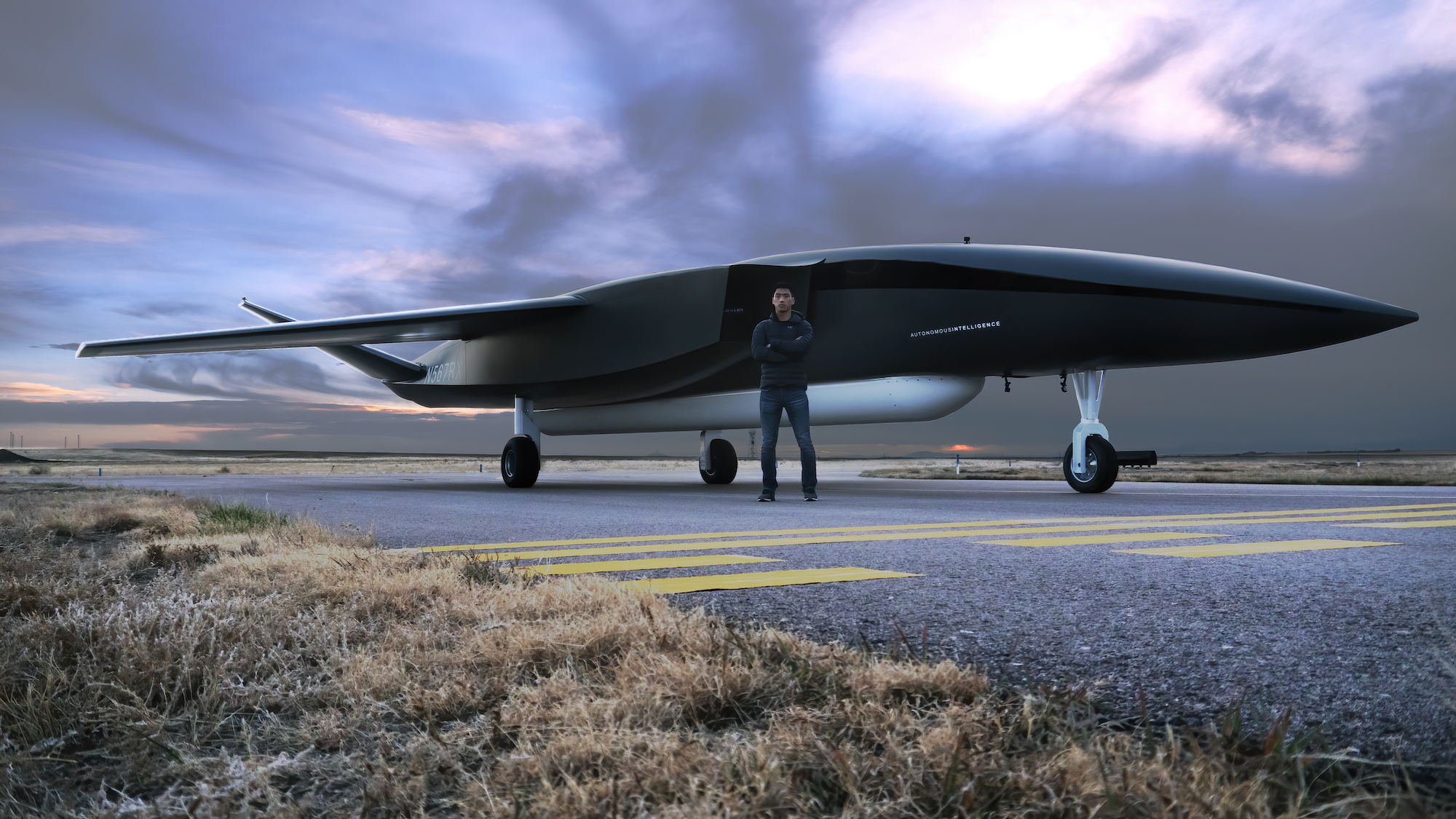 Likewise, large companies that have struggled to establish drone delivery services could use the Ravn X’s drone module to deliver and deposit drones over a central area, like a city center, for last-mile deliveries.

“The patent is so significant because what the patent allows you to do is say — the existing FedEx and UPS logistics architecture that’s sorting 70,000 packages an hour right now could not service the needs of defense and space because fundamentally that logistics infrastructure was designed to go from Earth to Earth and not Earth to space,” Skylus explained. “But if you really look at the problem and study it in detail, you know the missing link to allow this existing infrastructure to now be able to service the space domain — that missing link is what we just patented.”

Skylus imagines Ravn X fleets operating around-the-clock. “In my company, what matters is asset utilization. For any reusable flying machine, it doesn’t generate revenue on the ground. My machines will fly around the clock, every day,” he said in a statement.

The company still has a ways to go before it takes to the skies, however. Ravn X is still undergoing ground test operations and will begin flight testing this year at an FAA-licensed testing facility for unmanned aircraft systems. Aevum’s intention is to fly with the United States Air Force’s ASLON-45 mission this fall and to take its air cargo service live next year.

Because Ravn X has so many different capabilities, it will need to pursue a few different FAA certifications: for space launches, a license from the FAA Commercial Space Transportation office; for cargo operations, an FAA aircraft type certification and standard airworthiness certification.

“What we’ve patented is the next layer and large batch of connections in the global logistics infrastructure,” Skylus said. “Space logistics shouldn’t be separated from logistics that already exist.”