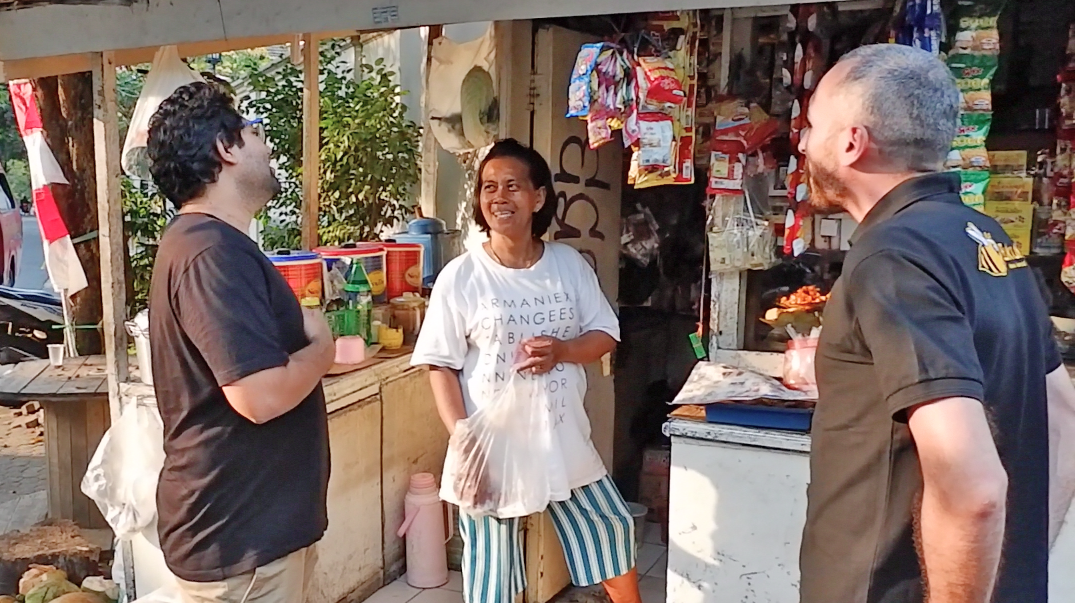 BukuKas, a startup focused on digitizing Indonesia’s small businesses, has raised $50 million in Series B funding. The round included participation from Gokul Rajaram, the DoorDash executive, and Taavet Hinrikus, co-founder and chief executive officer of TransferWise.

This news comes just four months after BukuKas announced a $10 million Series A led by Sequoia Capital India. BukuKas will use its Series B to hire for its engineering and product teams in Jakarta and Bangalore, and launch new services for merchants.

“We’ve been growing really fast and there was a lot of interest from some very good people,” chief executive officer Krishnan Menon told TechCrunch. “This is not a capital-need based raise, but more of a tactical raise and having the right people back us long term.”

BukuKas was founded by Menon and chief operating officer Lorenzo Peracchione, who met while working at Lazada Indonesia. Since its launch as as a digital bookkeeping app in December 2019, BukuKas has added new features, including online payments and an e-commerce platform. The app has onboarded about 6.3 million businesses so far and now has a total of 3 million monthly active users. It claims its annualized bookkeeping transaction volume is $25.9 billion USD, or the equivalent of about 2.2% of Indonesia’s gross domestic product.

According to Bank Indonesia, the country’s central bank, there are about 60 million SMEs, though Menon says that number may range from 55 million to 65 million. The majority still operate mostly offline, but the push to digitization began even before the COVID-19 pandemic. For example, the Indonesian government launched a program two years ago with marketplace Blibi to encourage more businesses to sell online, with the goal of helping more SMEs go global.

This means there is a growing roster of startups and services focused on helping small businesses go online. These include Y Combinator-backed BukuWarung, WarungPintar, Grab’s Mitra GrabKios and wholesaler-focused CrediBook. India-based Khatabook, another Sequoia Capital India portfolio company, launched BukuUang in Indonesia, but has since pulled out of the market.

“There’s obviously a macro shift that’s happening in the market right now. People are rushing to get digitized and people are coming out of a rough year. They started to realize ‘I need to upgrade,’ so there’s a rush to get digitized, to manage their money better, a movement to digital payments,” said Menon.

BukuKas’ goal is to become an end-to-end software stack for micro, small and medium enterprises and serve 20 million MSMEs by the end of 2022, with inventory management, invoicing, payment-related analytics and other tools. The company recently took several steps toward that goal. In April, it launched BukuKasPay for business owners to pay suppliers online or accept digital payments, including virtual bank accounts and e-wallets like OVO, Dana, GoPay, LinkAja and ShopeePay from customers. In September 2020, it acquired a digital ledger app called Catatan Keuangan Harian to expand its market share before launching an e-commerce platform called Tokko that enables MSMEs to set up online shops. About 1.3 million merchants have created shops using Tokko in the six months since its release.

Tokko focuses on merchants who find big marketplaces, like Tokopedia, too complicated, and want an alternative way to set up an online brand.

BukuKas’ users include warungs (small stores), fashion retailers, electronics stores, social commerce sellers and service providers. On average, its users make several thousand U.S. dollars per month in revenue, but some earn as high as tens of thousands of dollars.

The app is designed to work as a layer on top of WhatsApp. For example, many merchants allow customers to buy on credit, so they can use BukuKas to send automatic reminders through WhatsApp with a payment link. Businesses can also send invoices or take Tokko orders through WhatsApp. Menon said since many Indonesian merchants already relied on WhatsApp to communicate with suppliers and customers, this helps it onboard more users because they don’t have to make major changes to their operational routines. It also creates viral loops, as other businesses get payment reminders or invoices sent through BukuKas, and decide to try the app, too.

“Our thesis is very similar to what Square or Shopify did in the U.S. We keep merchants as the center of the universe, and we keep building solutions for them,” Menon said. “That can be software-related solutions like BukuKas’ early version and Tokko moving further into commerce. We’re moving further into banking solutions, so payments come first, and then actually building out the full banking suite. The end goal is if a merchant five years from now looks back and says, thanks to BukuKas I was able to adapt to the digital era, and sticks with us.”