On April 16, Uganda-based, two-wheel ride-hailing platform SafeBoda announced that it had completed 1 million rides in Ibadan, a southwestern city in Nigeria. This might not seem spectacular from a global perspective because it took the startup a year and two months to achieve, but it’s a noteworthy feat in African markets.

Ibadan is one of the cities where SafeBoda operates. The company, which first launched in Uganda, is disrupting the offline market of local motorcycles referred to as boda-bodas in Uganda and okadas in Nigeria.

In 2017, SafeBoda officially started operations in Kampala and almost immediately began to deal with the threat posed by new entrants at the time: uberBODA and Bolt boda.

Uber and Bolt are two of the most well-known ride-hailing companies in the markets in which they operate. Uganda was the first African country in which the pair decided to test out their two-wheel ride-hailing ambitions, and it was the second market globally after Thailand for Uber. So given the clout and money these companies hold, most people anticipated they would give SafeBoda a run for its money. But that didn’t happen.

According to Alastair Sussock, co-CEO of SafeBoda, who founded the company with Ricky Rapa Thomson and Maxime Dieudonne, SafeBoda was clocking about 1,000 rides daily at the time. He argued that even though the company’s volumes were one of the best, there was a misrepresentation in the media that SafeBoda wasn’t in the same league as other platforms.

“Everyone thought Uber and Bolt would enter Africa to revolutionize the informal boda market,” Sussock told TechCrunch. “There was mention of other players, some of which have folded now, but no one mentioned SafeBoda, although we were actually doing quite good stuff. And that energized us to prove the perception wrong, which was that SafeBoda didn’t really exist”.

Strategy, hard work and a large Series B investment followed the next couple of years, which has established SafeBoda as a market leader in Uganda. Sussock said the company now completes about 80,000 rides a day. Uber and Bolt barely complete 10,000 rides in the country. 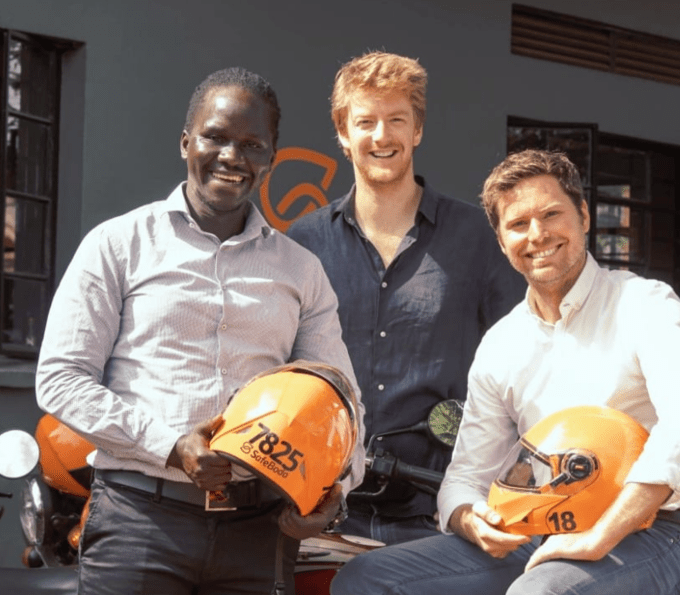 So what has been instrumental to this growth?

Before founding SafeBoda, Rapa Thomson was also a boda rider. As the company’s director of operations, he’s pivotal in making sure the company adopts localized methods with its riders. And despite its exciting features, pieces of equipment and safety measures employed, what stands out is how SafeBoda adapts to the boda boda community. This has been responsible for the 80% year-on-year retention the company currently enjoys, Sussock said.

“We tend to localize our product and take a local approach where we hire local guys to be part of the team. They help to have boots on the ground and of course, what you see with Nigeria, is not as much a dissimilar story,” the co-CEO added.

When starting in Nigeria, most two-wheel ride-hailing startups begin from Lagos, the nation’s hotbed of commerce and transport. In recent times, the city has had entrants like Opera’s OPay, Gokada and MAX.ng. These startups, like SafeBoda, are heavily backed by U.S., Chinese and Japanese investors. They have been at loggerheads with each other to capture on-demand mobility market share in Africa’s most populous country.

SafeBoda first hinted at a possible expansion into Nigeria in 2019. All the aforementioned ride-hailing companies were already in operation and it appeared as if SafeBoda was a very late entrant. But according to Babajide Duroshola, the country head for SafeBoda in Nigeria, the team knew it was going to thrive despite the timing and what competition looked like. “For us, it was a no-brainer decision to come into Nigeria and do the same thing that we did at Kampala, which is to grow quickly and make SafeBoda a household name,” he said to TechCrunch.

When the time came to reveal which city it was going to start with, it was Ibadan, not Lagos. SafeBoda caught everyone unawares with the decision and subsequently faced heavy backlash. This was in December 2019 but fast-forward to February 2020; it proved to be a masterstroke because in one fell swoop, the Lagos State government rendered bike-hailing operations obsolete with new regulations. For the next couple of months, SafeBoda was the only reliable source of two-wheel ride-hail service in the country. While the regulations forced others to pivot into asset financing for bikes and logistics services, SafeBoda was waxing strong with its ride-hailing operations in Ibadan.

In its first five months, SafeBoda had completed more than 250,000 rides and onboarded thousands of drivers. Once again, adopting a local strategy and community building proved vital to the seemingly modest but explosive growth it experienced in a market no company had really tested.

“One of the things that really separated us from all the other guys in the market was a localization play. The fact that we could connect with and employ these people who were okada drivers right off the streets to become part of our operations team was very key,” Duroshola said.

The country manager added that SafeBoda’s progress showed other two-wheel operators that a market outside Lagos existed. “Lagos is the commercial capital. There’s a lot of money in the city and income per household is high. But then, it is not a true representation of Nigeria. We saw that if you really want to scale across the country, Ibadan was actually a very good place to start because it had all the kinds of people you’d typically find in Nigeria.”

The ease of doing business for a ride-hailing platform in Ibadan is also easier than in Lagos. The latter is known for endorsing NURTW, a transport group known to legally extort riders daily or weekly in the city. Such activities are prohibited in Ibadan giving SafeBoda a smooth path to achieving scale and allowing its drivers to work effectively.

A year in the city has rewarded the company with over 2,500 drivers and 40,000 customers. Together, they performed more than 750,000 trips in SafeBoda’s first year, which has since surpassed more than 1 million trips.

SafeBoda’s progress in Uganda and Nigeria makes it one of the most active players in Sub-Saharan Africa. The company has completed more than 35 million rides across both countries, with over 25,000 registered riders. It also claims to hold more than 80% market share in the two countries.

Despite this success, SafeBoda struggled in its third market, Kenya — a market it expanded to and left before Nigeria. The company had onboarded over 1,500 riders in less than a year, but it wasn’t growing at the pace it wanted. The pandemic made SafeBoda’s struggles obvious and per this report, riders’ dissatisfaction with pricing caused an upheaval that sent the company out of the Kenyan market.

In addition to rider troubles, Sussock noted that Kenya’s motorcycle taxi market wasn’t as highly dense as Uganda and Nigeria which, according to him, contributed to the exit.

“We were the market leader in Kenya, and we were doing like the most rides in Kenya. But it was still quite small in terms of volume compared to Uganda. And we knew what the potential would be in Nigeria, which we hadn’t done at the time. So it was just quite clear that Kenya, while very developed for tech, and developed per capita, was just really quite hard to scale in terms of motorcycle taxi transportation,” he said. 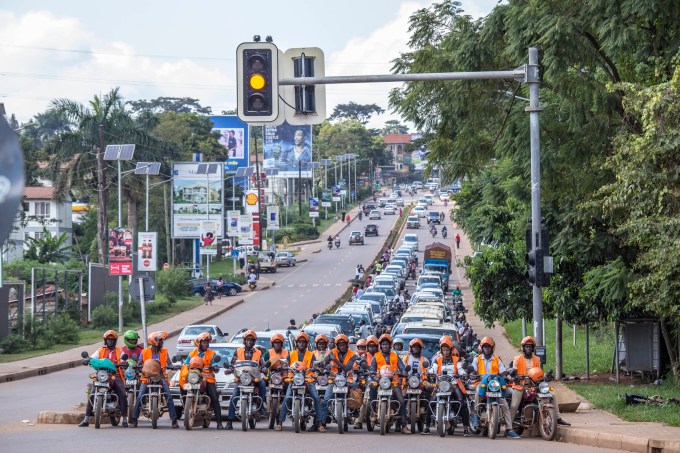 In Uganda, it is already in motion. SafeBoda offers on-demand food, grocery, pharmacy, essentials and beverages delivery services, of which more than 500,000 orders have been completed. This model is inspired by the Go-Pay model at GoJek, where two-wheel ride-hailing was an entry point to high-frequency wallet spend behavior.

The Asian multi-service company is one of the investors in SafeBoda via its GoVentures arm. Other backers include Transsion Holdings, Beenext, and serial entrepreneur Justin Kan.

SafeBoda has no real competition in the bike-hailing wars in Uganda and Nigeria as it stands. The company’s challenge remains the large offline market, where more than 1.5 million rides are completed daily in Uganda alone. The plan for SafeBoda is to convert more of this base to its existing online market share. Additionally, it wants to expand into P2P, merchant and bill payments and grow its on-demand business in Uganda. Its plan in Nigeria? Maintaining its core transport business before venturing into payments and deliveries.