Twitter Spaces, the company’s new live audio rooms feature, is opening up more broadly. The company announced today it’s making Twitter Spaces available to any account with 600 followers or more, including both iOS and Android users. It also officially unveiled some of the features it’s preparing to launch, like Ticketed Spaces, scheduling features, reminders, support for co-hosting, accessibility improvements and more.

Along with the expansion, Twitter is making Spaces more visible on its platform, too. The company notes it has begun testing the ability to find and join a Space from a purple bubble around someone’s profile picture right from the Home timeline.

Twitter says it decided on the 600 follower figure as being the minimum to gain access to Twitter Spaces based on its earlier testing. Accounts with 600 or more followers tend to have “a good experience” hosting live conversations because they have a larger existing audience who can tune in. However, Twitter says it’s still planning to bring Spaces to all users in the future.

In the meantime, it’s speeding ahead with new features and developments. Twitter has been building Spaces in public, taking into consideration user feedback as it prioritizes features and updates. Already, it has built out an expanded set of audience management controls, as users requested, introduced a way for hosts to mute all speakers at once and added the laughing emoji to its set of reactions, after users requested it.

Now, its focus is turning toward creators. Twitter Spaces will soon support multiple co-hosts, and creators will be able to better market and even charge for access to their live events on Twitter Spaces. One feature, arriving in the next few weeks, will allow users to schedule and set reminders about Spaces they don’t want to miss. This can also help creators who are marketing their event in advance, as part of the RSVP process could involve pushing users to “set a reminder” about the upcoming show.

Twitter Spaces’ rival, Clubhouse, also just announced a reminders feature during its townhall event on Sunday as well at the start of its external Android testing. The two platforms, it seems, could soon be neck-and-neck in terms of feature set. 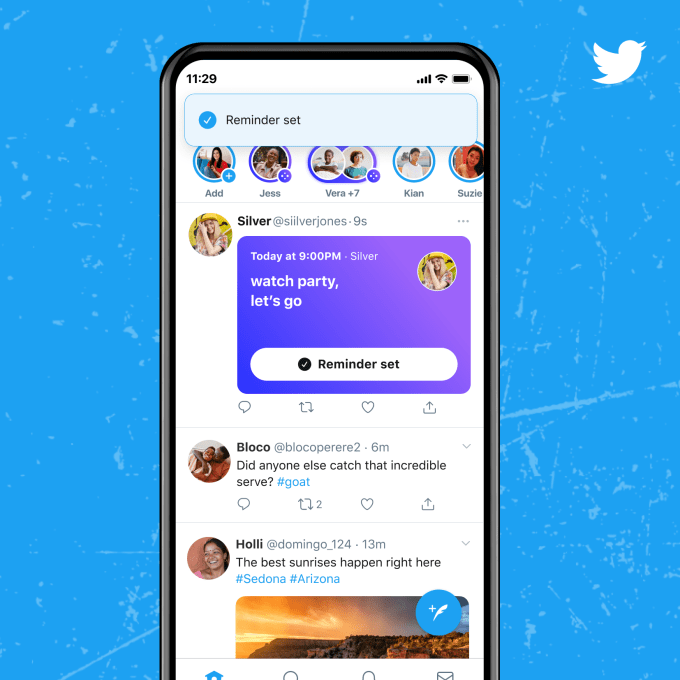 But while Clubhouse recently launched an in-app donations feature as a means of supporting favorite creators, Twitter will soon introduce a more traditional means of generating revenue from live events: selling tickets. The company says it’s working on a feature that will allow hosts to set ticket prices and how many are available to a given event, in order to give them a way of earning revenue from their Twitter Spaces.

A limited group of testers will gain access to Ticketed Spaces in the coming months, Twitter says. Unlike Clubhouse, which has yet to tap into creator revenue streams, Twitter will take a small cut from these ticket sales. However, it notes that the “majority” of the revenue will go to the creators themselves. 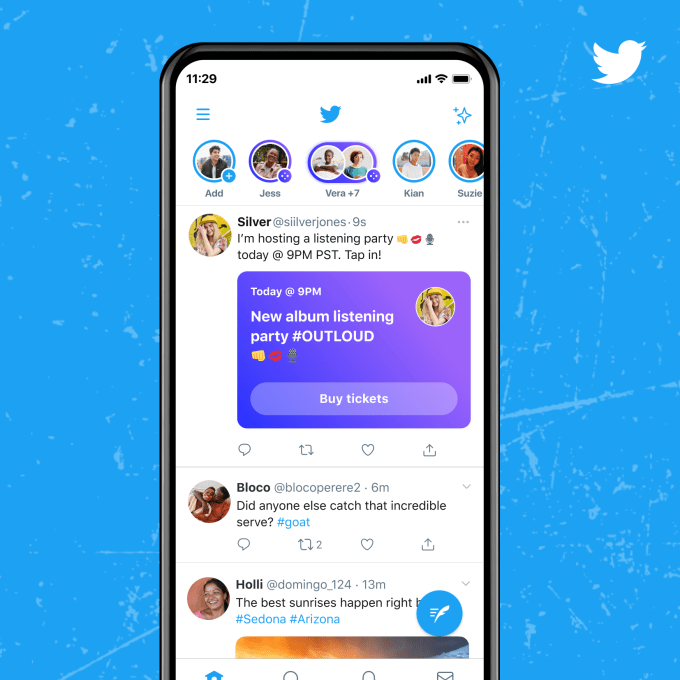 Twitter also noted that it’s improving its accessibility feature, live captions, so they can be paused and customized, and is working to make them more accurate.

The company will be hosting a Twitter Space of its own today around 1 PM PT to further discuss these announcements in more detail.