More good news from a smartphone market currently rebounding from the far-reaching impacts of the pandemic. New numbers from Canalys put global shipments for Q1 2021 at 27% above where they were the same time last year.

The industry was hit early and hit hard by COVID-19. The first quarter saw the company running into serious supply chain issues as the pandemic first hit China and parts of Asia where most manufacturing occurs. Following that, demand began to slow, as fewer people were interested in buying mobile devices, coupled with broader economic and job impacts. 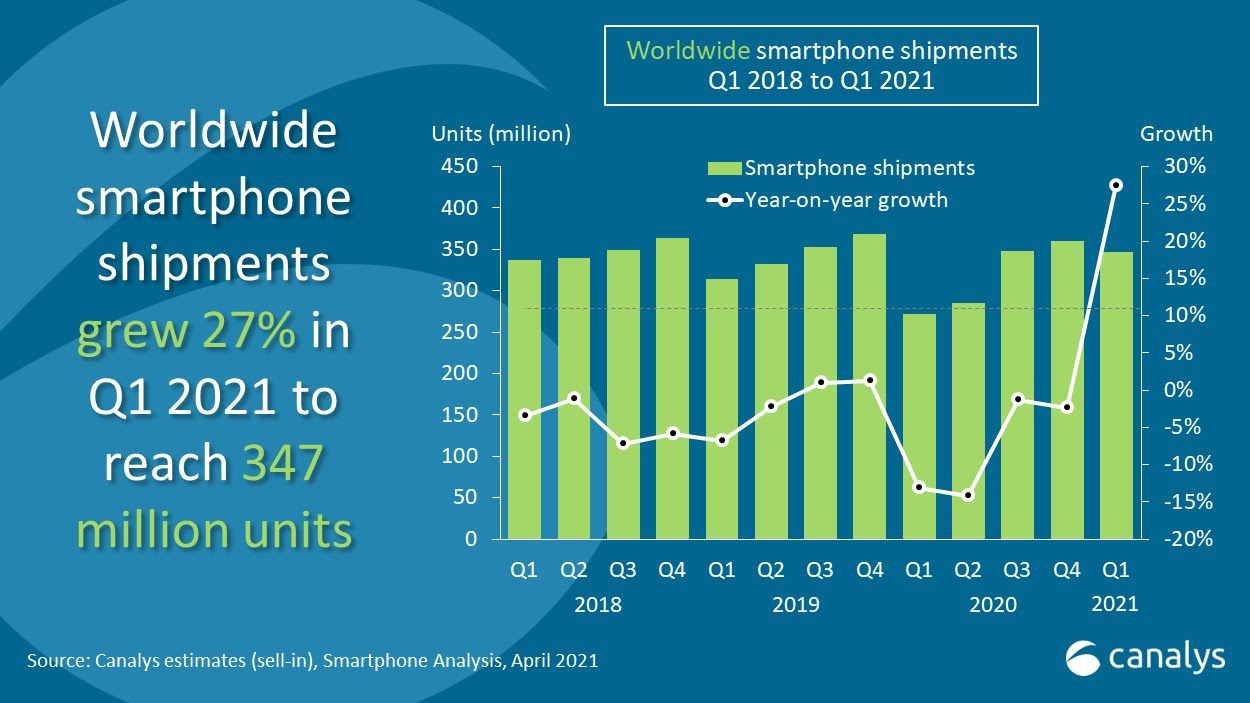 Samsung continued to lead the way globally, with 76.5 million, up from 59.6 million, representing a 28% jump, year-over-year. In all, the company controls around 22% of global shipments (same as a year prior).

In second place, Apple represented the biggest jump of the quarter, with a 41% increase, from 37.1 million to 52.4 million. That no doubt owes substantially to the big upgrades that arrived toward the end of last year. Huawei’s struggles, meanwhile, have knocked the company out of the top five.

“Xiaomi is in pole position to be the new Huawei,” said Canalys’ Ben Stanton in a release. “Its competitors offer superior channel margin, but Xiaomi’s sheer volume actually gives distributors a better opportunity to make money than rival brands. But the race is not over. Oppo and Vivo are hot on its heels, and are positioning in the mid-range in many regions to box Xiaomi in at the low end.”

The study also notes that LG’s exit from the category should mix things up a bit, as well, particularly in the Americas region, which accounted for 80% of the company’s sales last year.