Opsera, a startup that’s building an orchestration platform for DevOps teams, today announced that it has raised a $15 million Series A funding round led by Felicis Ventures. New investor HMG Ventures, as well as existing investors Clear Ventures, Trinity Partners and Firebolt Ventures also participated in this round, which brings the company’s total funding to $19.3 million.

Founded in January 2020, Opsera lets developers provision their CI/CD tools through a single framework. Using this framework, they can then build and manage their pipelines for a variety of use cases, including their software delivery lifecycle, infrastructure as code and their SaaS application releases. With this, Opsera essentially aims to help teams set up and operate their various DevOps tools. 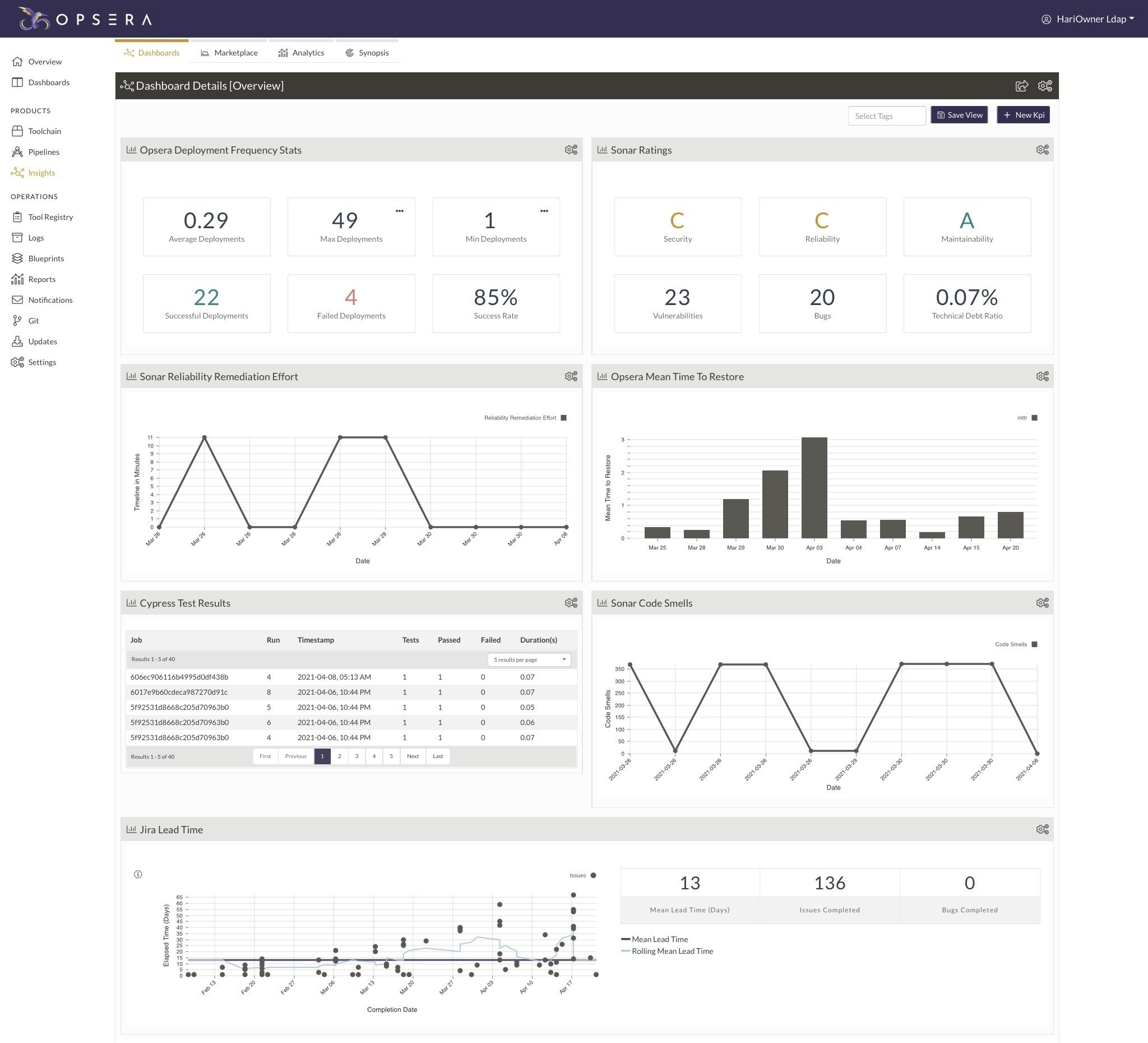 “As part of the transformation [at Symantec], we delivered over 50+ acquisitions over time. That had led to the use of many cloud platforms, many data centers,” Ranganathan explained. “Ultimately we had to consolidate them into a single enterprise cloud. That journey is what led us to the pain points of what led to Opsera. There were many engineering teams. They all had diverse tools and stacks that were all needed for their own use cases.”

The challenge then was to still give developers the flexibility to choose the right tools for their use cases, while also providing a mechanism for automation, visibility and governance — and that’s ultimately the problem Opsera now aims to solve. 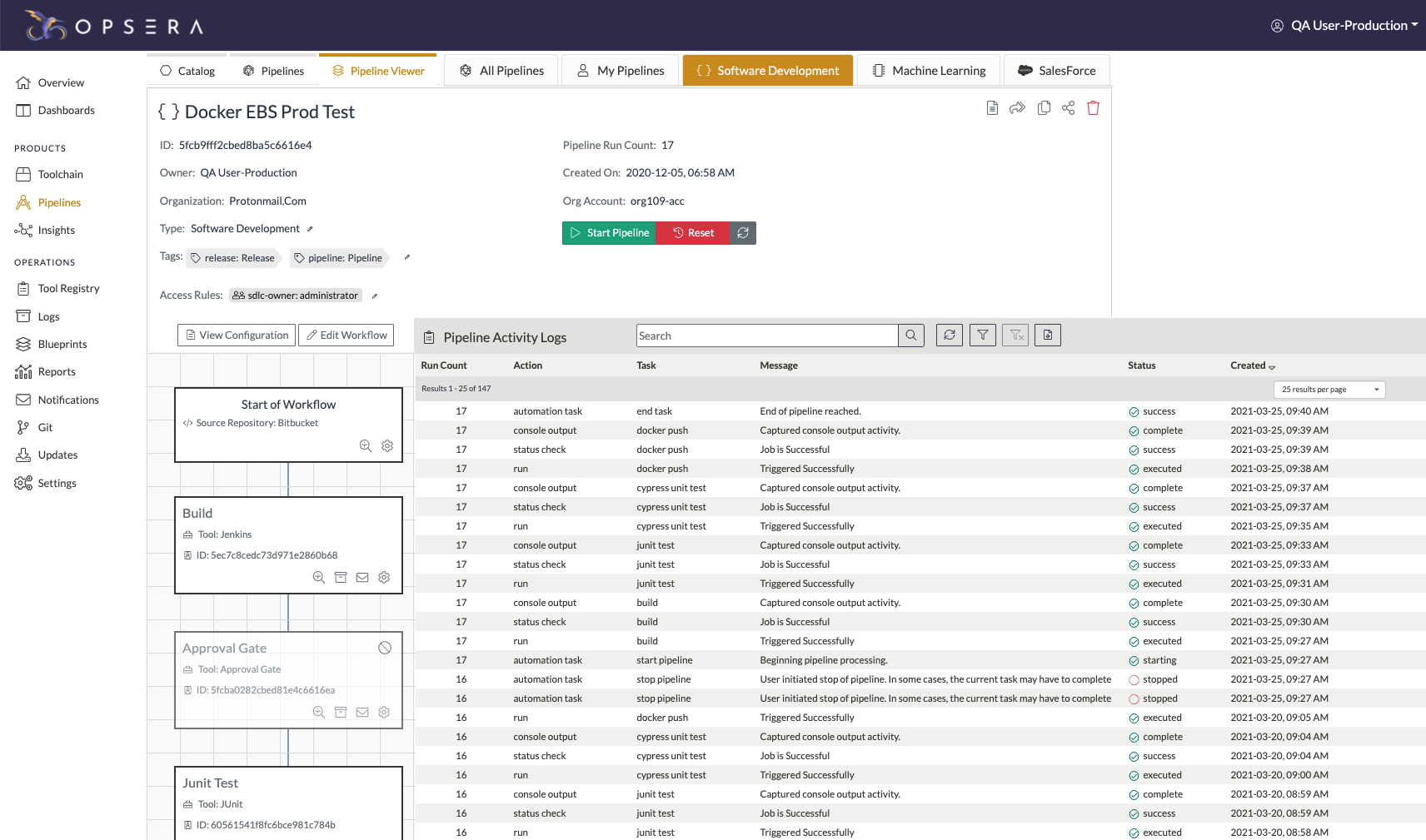 “In the DevOps landscape, […] there is a plethora of tools, and a lot of people are writing the glue code,” Opsera co-founder Chivukula noted. “But then they’re not they don’t have visibility. At Opsera, our mission and goal is to bring order to the chaos. And the way we want to do this is by giving choice and flexibility to the users and provide no-code automation using a unified framework.”

Wesley Chan, a managing director for Felicis Ventures who will join the Opsera board, also noted that he believes that one of the next big areas for growth in DevOps is how orchestration and release management is handled.

“We spoke to a lot of startups who are all using black-box tools because they’ve built their engineering organization and their DevOps from scratch,” Chan said. “That’s fine, if you’re starting from scratch and you just hired a bunch of people outside of Google and they’re all very sophisticated. But then when you talk to some of the larger companies. […] You just have all these different teams and tools — and it gets unwieldy and complex.”

Unlike some other tools, Chan argues, Opsera allows its users the flexibility to interface with this wide variety of existing internal systems and tools for managing the software lifecycle and releases.

As DevOps takes off, site reliability engineers are flying high

“This is why we got so interested in investing, because we just heard from all the folks that this is the right tool. There’s no way we’re throwing out a bunch of our internal stuff. This would just wreak havoc on our engineering team,” Chan explained. He believes that building with this wide existing ecosystem in mind — and integrating with it without forcing users onto a completely new platform — and its ability to reduce friction for these teams, is what will ultimately make Opsera successful.

Opsera plans to use the new funding to grow its engineering team and accelerate its go-to-market efforts.