Netflix today is officially launching a feature that will make it easier to find something to watch when you’re stuck browsing and unable to make a decision. The service is introducing a tool called “Play Something” to users worldwide — the final iteration of that “shuffle” feature you may have already seen during Netflix’s tests over the past year. When selected, Netflix will play another show or movie it thinks you’ll like, based on your interests and prior viewing behavior.

In other words, it won’t play random content, but will instead bring up either a movie or show you’re already watching, a series or movie on your list, an unfinished series or movie you may want to revisit or a brand new series or film that Netflix’s personalization algorithms suggest.

The feature has been in testing under various names and styles for some time. A year ago, the feature was called Shuffle Play, for example. During its Q4 earnings, Netflix said the shuffle feature would roll out to its worldwide users sometime in the first half of 2021, describing it as a way for users to “instantly watch a title chosen just for them.”

For today’s launch, not much has changed beyond the feature’s name and style. 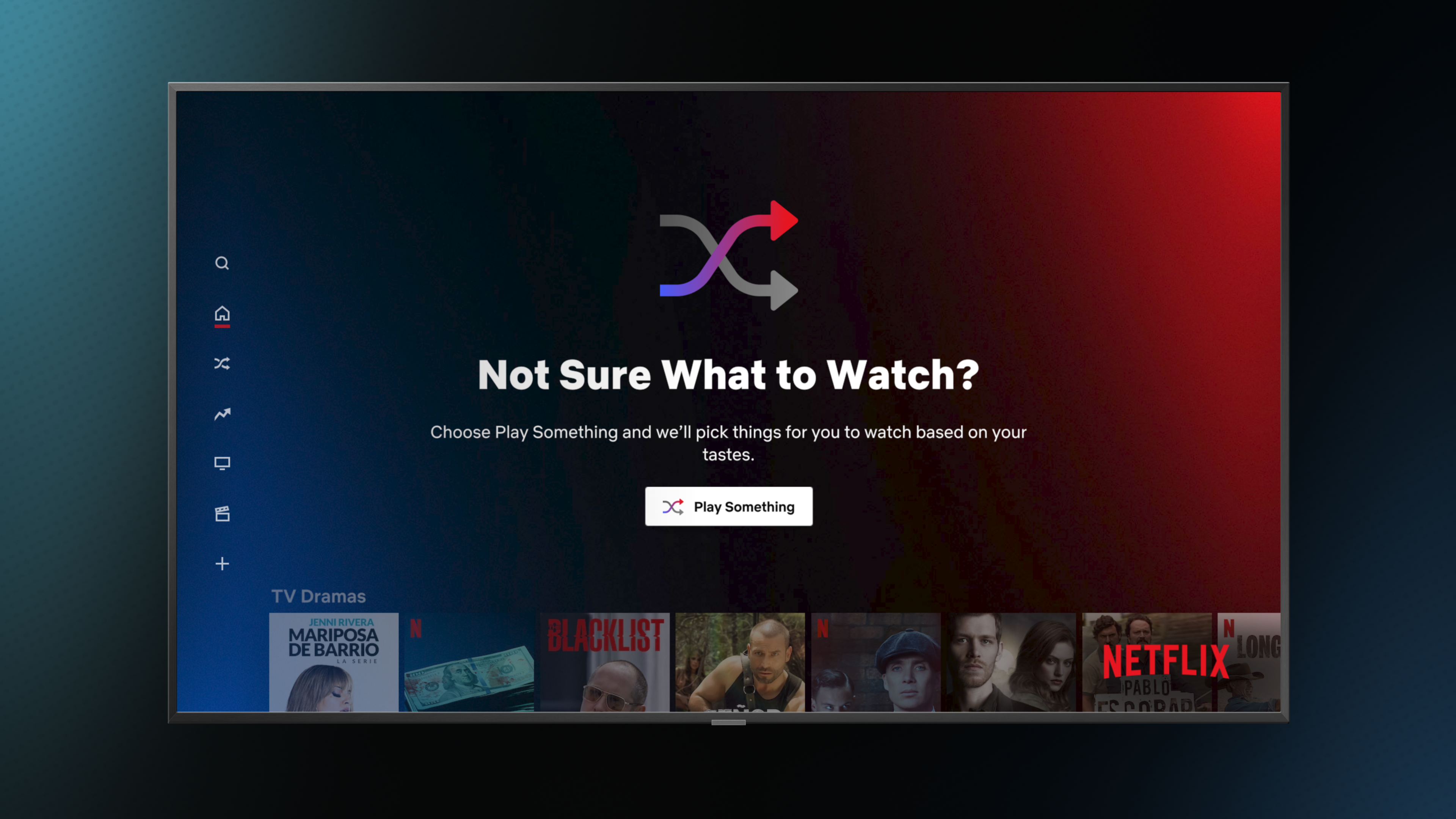 The new option can be found on Netflix’s TV app underneath your profile name, on the navigation menu to the left of your screen and on the tenth row on your Netflix homepage — a location that hopes to find users after they’ve been scrolling for some time without landing on anything they want to watch.

Netflix users with screen-readers can use Text-to-Speech (TTS) to use Play Something, the company notes.

While Netflix is always testing features that make it easier for users to jump from browsing to watching, this feature in particular comes at a time when Netflix is seeing slower subscriber growth — something it’s blaming on the lighter content slate due to COVID. But the reality is that Netflix is no longer the only streamer in town. And some of the content it has shipped has been weak, as evident in the growing list of cancellations. It has also lost top titles like “The Office” to rivals as rights’ holders have pulled their content back to their own new services. For those reasons, too, Netflix needs a way to addict its current user base to what’s available in its existing catalog before they churn out.

The new Play Something feature is available today on Netflix on TVs, and will soon begin testing on mobile devices, starting with Android.

Update, 5/26/21: Netflix says the feature is today rolling out to users on Android devices.