Data intelligence company Near is announcing the acquisition of another company in the data business — UM.

In some ways, this echoes Near’s acquisition of Teemo last fall. Just as that deal helped Singapore-headquartered Near expand into Europe (with Teemo founder and CEO Benoit Grouchko becoming Near’s chief privacy officer), CEO Anil Mathews said that this new acquisition will help Near build a presence in the United States, turning the company into “a truly global organization,” while also tailoring its product to offer “local flavors” in each country.

The addition of UM’s 60-person team brings Near’s total headcount to around 200, with UM CEO Gladys Kong becoming CEO of Near North America.

At the same time, Mathews suggested that this deal isn’t simply about geography, because the data offered by Near and UM are “very complementary,” allowing both teams to upsell current customers on new offerings. He described Near’s mission as “merging two diverse worlds, the online world and the offline world,” essentially creating a unified profile of consumers for marketers and other businesses. Apparently, UM is particularly strong on the offline side, thanks to its focus on location data. 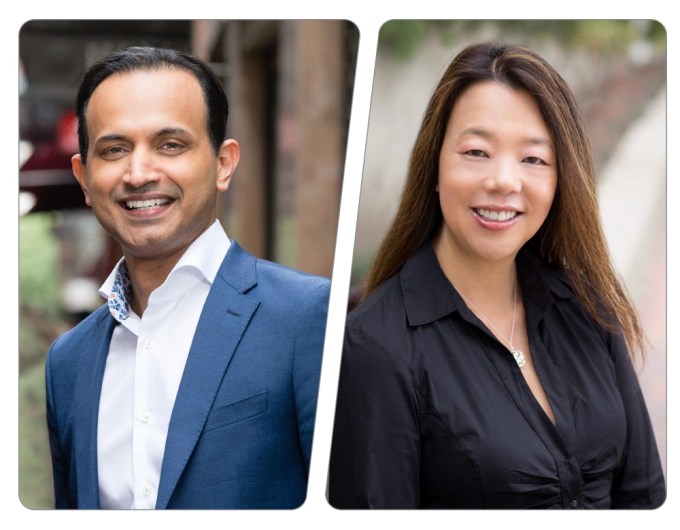 “UM has a very strong understanding of places, they’ve mastered their understanding of footfalls and dwell times,” Mathews added. “As a result, most of the use cases where UM is seeing growth — in tourism, retail, real estate — are in industries struggling due to the pandemic, where they’re using data to figure out, ‘How do we come out of the pandemic?’ ”

TechCrunch readers may be more familiar with UM under its old name, UberMedia, which created social apps like Echofon and UberSocial before pivoting its business to ad attribution and location data. Kong said that contrary to her fears, the company had “an amazing 2020” as businesses realized they needed UM’s data (its customers include RAND Corporation, Hawaii Tourism Authority, Columbia University and Yale University).

And the year was capped by connecting with Near and realizing that the two companies have “a lot of synergies.” In fact, Kong recalled that UM’s rebranding last month was partly at Mathews’ suggestion: “He said, ‘Why do you have media in your name when you don’t do media?’ And we realized that’s probably how the world saw us, so we decided to change [our name] to make it clear what we do.”

Founded in 2010, UM raised a total of $34.6 million in funding, according to Crunchbase. The financial terms of the acquisition were not disclosed.

Near acquires Teemo to expand its data business into Europe