There’s a bunch of tablet news coming from Amazon this morning. Leading the way is the release of two new 10-inch devices: the Fire HD 10 and Fire HD 10 Plus. The former features a 1080p display with a bump in brightness, an unnamed eight-core processor and 3GB of RAM — a 50% jump over the last version.

The device is thinner and lighter, with a stated 12 hours of battery life. As ever, the headliner here is the price. The system starts at $150, which includes 32GB of storage, which you can upgrade to 64GB. Adding $30 will upgrade you to the Plus, which bumps the RAM to 4GB, adds wireless Qi charging and upgrade’s the device’s finish.

There’s also a $220 bundle that includes a keyboard case and a year subscription to Microsoft 365 Personal. Or you can buy the magnetic case separately for $50.

The Fire 10 Kids tablet is getting an upgrade as well, featuring the same battery life, coupled with a 10.1-inch HD display. That’s encased in a kid-proof case that features a combo kickstand/handle. It runs $200 and is aimed at ages 3 to 7. 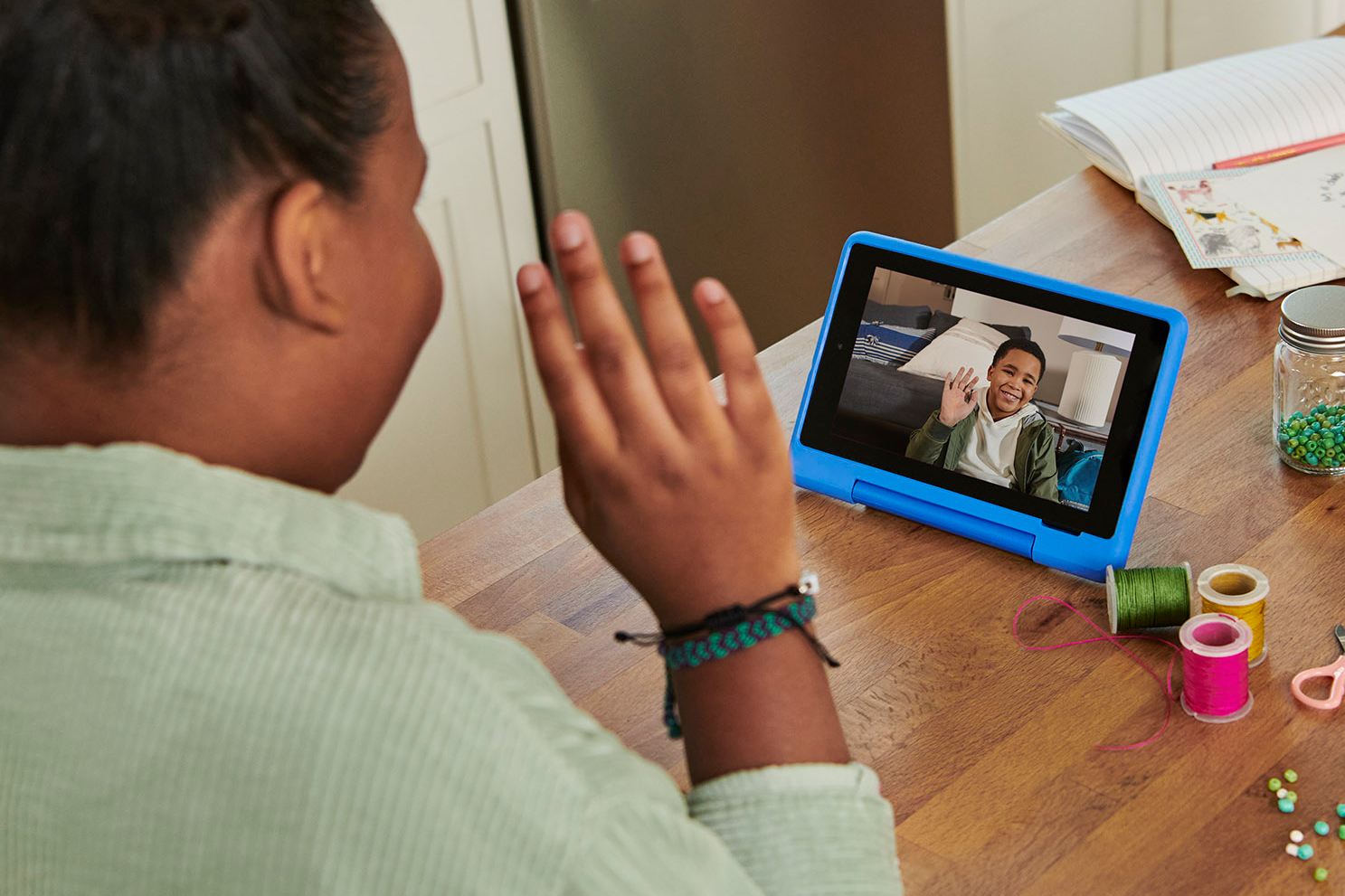 Joining it is the Fire Kids Pro. We may have lost all meaning of the word “Pro” when it comes to consumer hardware. Here it means the device is aimed at slightly older and tech-savvy kids — namely ages 6 to 12. The device includes a digital store with restricted access, including some bigger apps like Disney+, Spotify, Minecraft and Zoom, which kids can request. That, along with much of the content, can be monitored via parental controls. 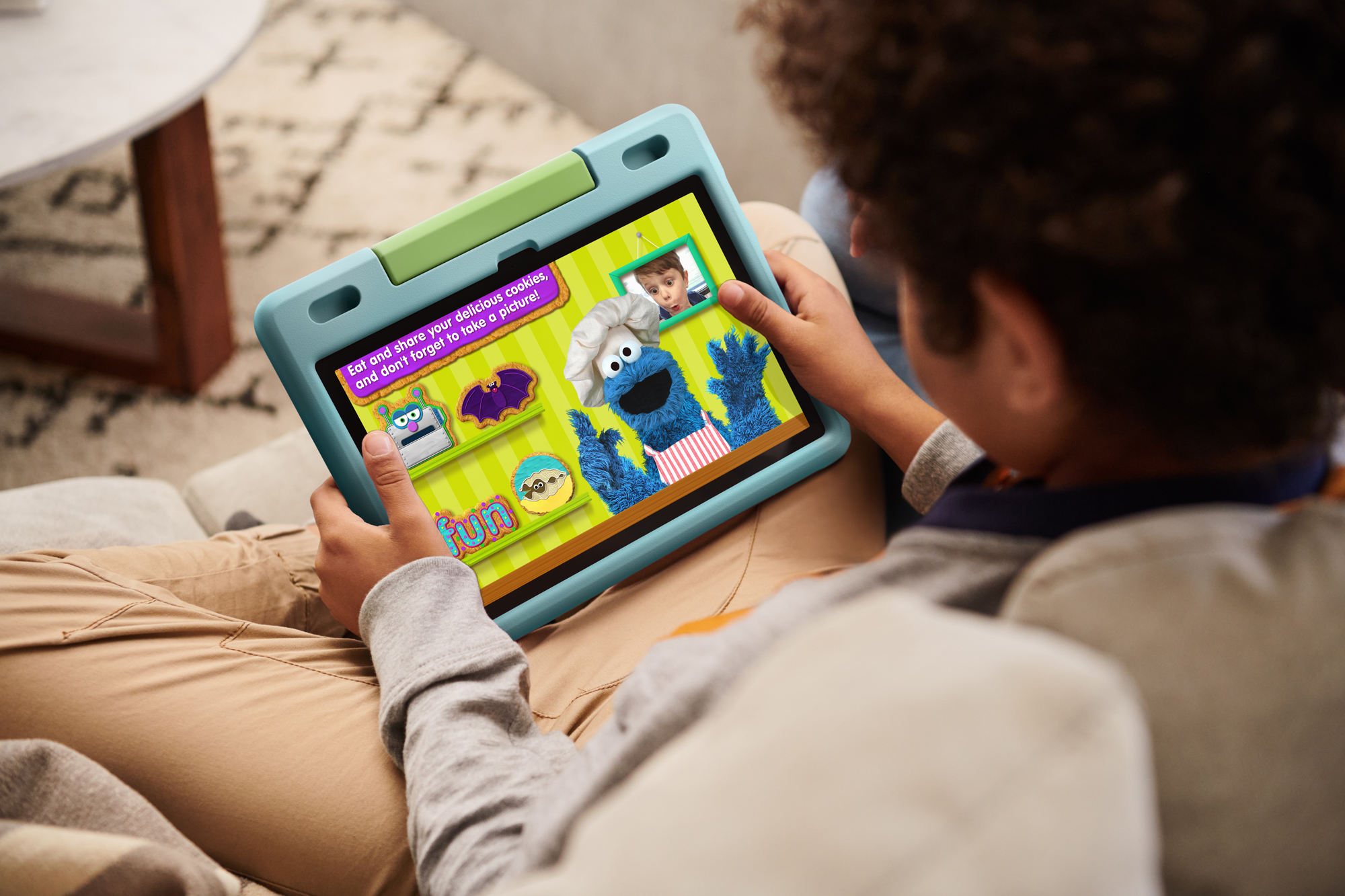 The tablet has a browser (again with restricted access). The company notes that YouTube access is on by default, since the service has become an important part of remote learning, though again, parents can restrict access. There’s no YouTube app, however, as Google hasn’t made one for Fire tablet — perhaps owing to ongoing friction between the companies.