Corporations are quickly waking up to the market potential of alternative proteins, with the nation’s biggest consumer brands continuing to make investments and create partnerships with startup companies helping consumers transition to healthier and more environmentally sustainable diets.

As Earth Week draws to a close (thankfully) new partnerships announced over the past week show the potential for new technologies to transform old businesses.

Yesterday the New York-based ZX Ventures, the investment and innovation arm of AB InBev, said that it would be partnering with Clara Foods, a developer of protein production technologies, including (but not limited to), brewing egg substitutes. That’s right, the makers of Budweiser are hatching a scheme to make other kinds of liquids that are less potable and more poachable.

In that case, the yolk would definitely be on you, future consumer.

“Since day one, Clara has been on a mission to accelerate the world’s transition to animal-free protein, starting with the egg. More than one trillion eggs are consumed globally every year and corporate commitments for cage-free aren’t enough,” said Arturo Elizondo, the chief executive and co-founder of Clara Foods. “We’re thrilled to be partnering with the world’s largest fermentation company to work together to enable a kinder, greener and more delicious future. This partnership is a major step towards realizing our vision.” 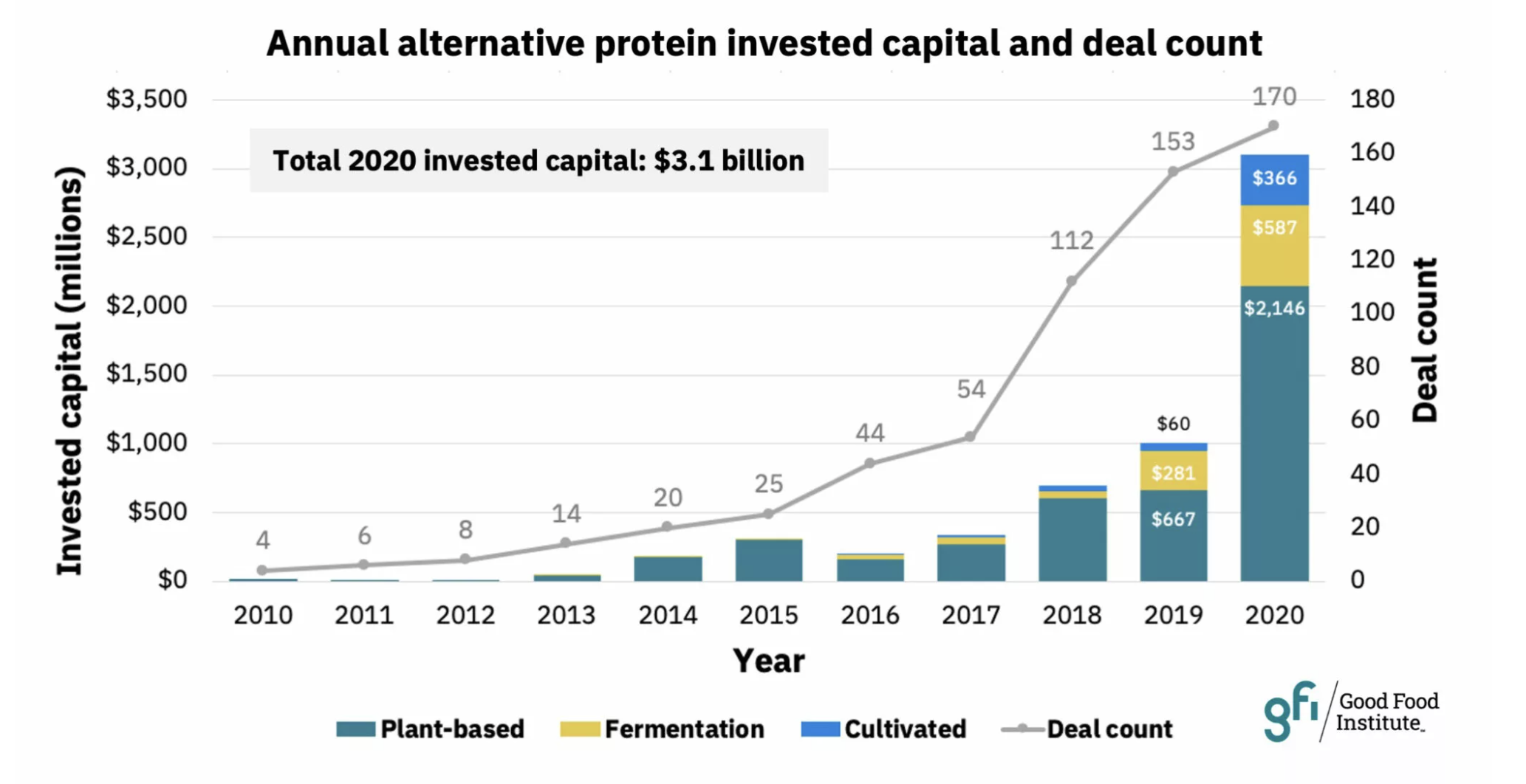 There are market-driven reasons for the partnership. Demand for high-quality proteins is expected to jump up to 98% by 2050, according to research cited by the two companies.

Meanwhile, there’s a meeting of the minds happening in St. Louis where cereal giant Post is investing in Hungry Planet, a startup making meat from a range of meat replacements.

Formed from the same Seventh Day Adventist focus on plant-based diet and health as a core of spirituality that launched the Kellogg’s cereal empire, Post has long been a rival to the corn flake king with its grape nuts cereal and other grain-based breakfast offerings.

Alternative proteins are a big business. Last year, companies developing technologies and businesses to commercialize alternative sources of protein raised over $3 billion, according to the industry tracker, the Good Food Institute.

“Over the past year, the alternative protein industry has demonstrated not only resilience but acceleration, raising significantly more investment capital in 2020 than in prior years,” said GFI director of corporate engagement Caroline Bushnell, in a statement. “These capital infusions and the funding still to come will facilitate much-needed R&D and capacity building to enable these companies to scale and reach more consumers with delicious, affordable, and accessible alternative protein products.”

It’s all part of a push to provide more plant-based alternatives to animal proteins in a bid to halt planetary deforestation and reduce the greenhouse gas emissions associated with animal husbandry.

“Humanity needs solutions that match the scale and urgency of our problems,” said Elizondo.