While most startups today are creating software, not every upstart enterprise is taking a code-only approach to building a business. Some of today’s most ambitious startups are aiming quite a bit higher.

Albedo is one such company. The recent Y Combinator graduate wants to build a constellation of low-orbit satellites that can provide higher-resolution Earth imaging than what is generally available today. And it just closed a $10 million seed round.

TechCrunch has had its eye on Albedo since its Y Combinator run, discussing the firm’s approach to providing what it describes as “aerial-quality” images — though they are taken from space instead of a drone or aircraft. In more technical parlance, Albedo wants to provide 10-centimeter visual imagery and 2-meter thermal imagery.

According to Topher Haddad, Albedo’s co-founder and CEO, the company aims to launch its first satellite in 2024 and bring its full constellation to orbit by 2027. With eight satellites, the company can provide daily image revisits; with 24, it can do that three times each day, though the eight-satellite fleet will be an early milestone for the startup, according to its CEO.

Why hasn’t someone already tried to build what Albedo is working on? The company, Haddad explained, has been made possible in part due to advances in the larger space economy, and the fact that major cloud providers AWS and Azure have both built out services to handle satellite data — “AWS Ground Station” in the case of the former and “Azure Orbital” in the latter. Mix in cheaper launches and more modular satellite construction, and what Albedo wants to do is becoming possible. 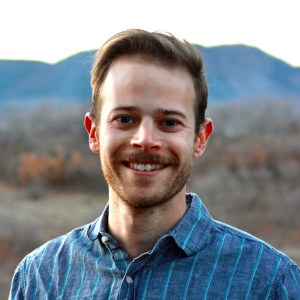 There’s some tech risk to what Albedo aims to do, however. Haddad explained to TechCrunch how his company hopes to employ in-orbit refueling for its satellites’ electric propulsion so that they can stay afloat longer; if that effort fails, or drag winds up being worse than anticipated, Albedo’s satellites might have to opt for slightly higher orbits and lower-res photos in the 12- to 15-centimeter range.

Resolution matters, as does the regularity of new pictures being taken. On the latter front, the company’s eventual fleet of satellites should keep its photos fresh.

Albedo intends to target companies of all sizes as customers. The imaging world is a big market, with Haddad expecting to find customers among property insurance companies, mapping concerns, utility firms and other large companies. And now it has more capital than ever to pursue its goals.

It takes more money to get a space startup off the ground than it takes to iterate on an early software product. So, what does the $10 million it just raised get Albedo? The first thing is staff. When TechCrunch last spoke with Haddad, the company was still a team of three. That’s about to change, however; a number of new hires recently accepted offers, and the company expects to add another four or five people to its staff in addition to those already planning to join.

Albedo said it anticipates a staff of 10 to 12 by the end of the year.

The $10 million will also allow the company to fund a down payment on rocket space and payments to suppliers that should allow Albedo to wrap up its satellite design. Per its CEO, the startup expects to raise a larger Series A in around a year to help finance getting its first satellite into orbit. That moment will allow the startup to better prove its technology, and, if all goes well, help it to raise even more capital to keep its launch schedule packed.

Let’s see how far the company can get with its new capital, and if it finds sufficient, ahem, lift to reach the next funding milestone. If it does, we could wind up covering the launch of its first satellite. That would be fun.