It might be time for neighborhood restaurants and coffee shops to start thinking about a subscription business — at least according to a new Y Combinator-backed startup called Per Diem. The company is announcing today that it has raised $2.3 million in seed funding led by Two Sigma Ventures.

As co-founder CEO Tomer Molovinsky put it, Per Diem helps local businesses “build their own Amazon Prime.” He said that he and his co-founder/CTO Doron Segal started working on this during the pandemic, as local businesses became more willing to consider new models to increase loyalty and regular purchases.

Not that this is an entirely new concept. In fact, Molovinsky said a number of the startup’s early customers already offered subscriptions of their own, like Norman’s Farm Market with its CSA subscription for produce, or IVX Coffee with a program initially focused on filling up reusable mugs with coffee.

But apparently these programs were usually managed through spreadsheets or an “old-school Rolodex,” making them increasingly difficult to manage as they grew. So Per Diem has built software to handle things like ordering, pickups/deliveries and payments. 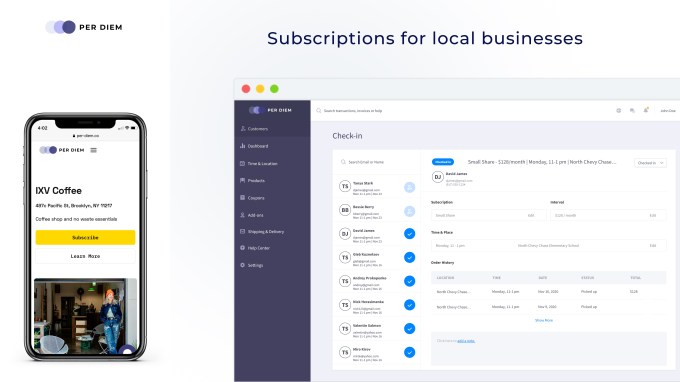 “Today we offer support for both local delivery and shipping, and then we plan to build that out [with] different types of integrations, delivery partners and shipping partners,” Molovinsky said. “But we’re building on that core fundamental, which is that this is a brick-and-mortar business. That’s the ultimate differentiator.”

In other words, Per Diem emphasizes creating a strong in-store experience for subscribers, since that’s where they build a real relationship with the business.

“I don’t want to build a future where … I’m getting all my food from warehouses in another state,” Segal added. “I want to be able to say, ‘Oh, I get my food from John, I get my coffee from Linda.'”

Per Diem says that after Norman’s Farm Market used the software to offer vegetable box subscription on its website, it sold over 500 subscriptions in the first month alone. And IVX is now able to offer a full menu of espresso, match and coffee (drip and bean) subscriptions, with the average subscriber visiting the store five days a week. 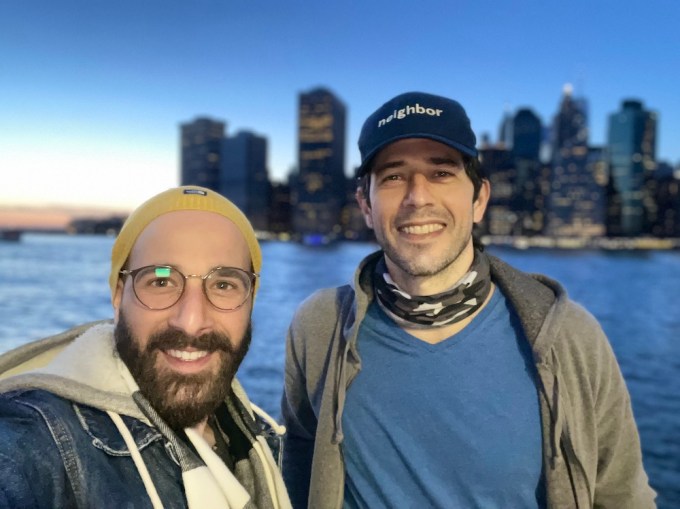 The startup is currently focused on New York, but it’s already working with businesses in Phoenix and Washington, D.C. as well, and Molovinsky said there are no real geographic limitations.

Ultimately, he said he’s hoping to create “more value” for businesses, which could eventually mean cross-promoting different subscriptions or creating a neighborhood-wide subscription.

“We want to stay focused on what are the things we can unlock for [our customers],” he said. “They’re struggling with email marketing, so we added tools like that into our system. Over time, we can build up our system to continue to strengthen the relationship between the customer and the business.”