Pragma is building what it calls a “backend as a service,” providing ready-made infrastructure to developers of online, live service games. And it’s announcing today that it has raised $12 million in Series A funding.

The round was led by David Thacker at Greylock, with participation from Zynga founder Mark Pincus, Oculus founder Nate Mitchell and Cloudera founder Amr Awadallah, along with previous investors Upfront Ventures and Advancit Capital. Amy Chang, who sold her business intelligence startup Accompany to Cisco, is joining Pragma’s board of directors.

Co-founder and CEO Eden Chen told me that where Unity and Unreal have built popular frontend game engines, he and his co-founder Chris Cobb (former engineering lead at Riot Games) are hoping Pragma will fill the void for a “de facto backend game engine.”

And while “many companies tried to do this” over the past decade, Chen suggested that this is the right time to launch the platform, thanks to the continued rise of live service games (like League of Legends) that have to be treated as “living, breathing products,” as well as improved tooling around infrastructure platforms like Amazon Web Services. 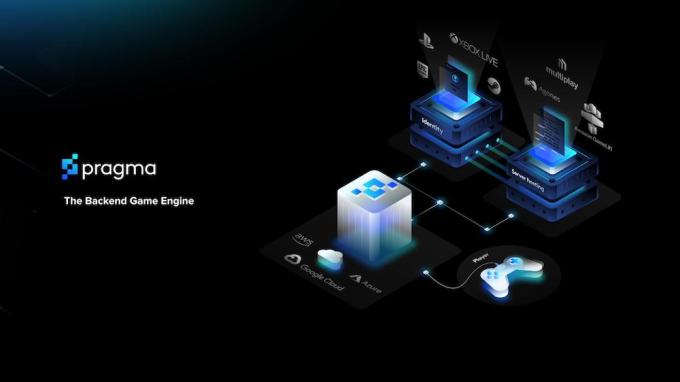 Pragma is launching a starter kit today designed to allow developers to quickly set up and test game loops. Meanwhile, the broader platform is currently in private beta testing with studios including One More Game (started by started by Pat Wyatt, one of Blizzard’s first employees) and Mitchell’s Mountain Top Studios.

Chen said the platform’s features fall into three broad categories — player accounts/social, game loops (including lobbies and matchmaking) and player/game data. Pragma isn’t building all of this from scratch; in some cases, it’s “acting as the integrator” for other platforms like Discord. Chen also noted that while the team plans to build a fully managed solution in the future, the current version is on-premise: “We’re building an instance of Pragma on the studio’s own infrastructure, [so they can] so they can take our code base and customize it to their own preferences.”

Gaming rules the entertainment industry, so why aren’t investors showing up?

Pragma is initially targeting game studios with about 10 to 50 team members. Eventually, Chen hopes the platform could serve larger studios while also supporting “the democratization of these tools, so that a one- to five-person team can really leverage [them] to launch a networked, online game.”

He added, “The vision for us long term is that we really want to be innovating on the social side, creating social features that improve the game and build stronger connections.”

Pragma is a back-end toolkit for gaming companies, so game developers can focus on games