Startups are stories of feverish dreams and obsessive fears. Short of hearing it from the source, a glimpse into the inbox of a founder would be the best way to experience the travails they endure on the way to building a business. A customer finally makes a purchase, a VC invests or walks away, an employee signs their offer letter — all of the major and minor milestones of a startup are communicated via that now-ancient medium of email.

Current Klaviyo users may be surprised to hear that email was not a part of the initial product.

Email’s ubiquity is only part of the story, though. It’s also a symbol of freedom: The last social platform that remains relatively open and free from the clutches of a single monopoly owner. It’s a market rife with entrenched incumbents, but one that simultaneously continues to invite founders to find some new take on this venerable communications channel and make it better for everyone.

That was the mission that Andrew Bialecki and Ed Hallen undertook when they founded Klaviyo back in 2012. What they perhaps didn’t bank on was just how long of a route they were about to take — or how many rejections they might find in their own inboxes from accelerators and VCs who never thought a new generation of email service providers could make it.

So they bootstrapped, kept things lean. They debated canceling dinners to pay the bills when customers churned. And along the way, they built a special startup that is today valued at a whopping $4.15 billion. Klaviyo is the story of how two scrappy, inexperienced entrepreneurs set out to build a lifestyle business — and ended up creating an email titan.

Racing to the starting line

Klaviyo’s origin story sounds a bit like the generic advice given by every book on entrepreneurship. Andrew Bialecki — he goes by AB — had a need that no existing company filled. So, he started a company to address that need.

It began with what he calls a side hustle: a website devoted to cataloging the dates and locations of running races. Bialecki had the technical chops to build it, but the data wasn’t already available online and he needed race organizers to provide it. That, in turn, meant he needed to let them know his site existed and constantly follow up to make sure they were using it.

“I realized I’m on the phone with people and it’s never going to scale. After a while, I was working on that while I was at another startup, and I said I have two options here. Either I can go all-in on road races, or all-in on the problem: ‘How do we help these businesses connect with the people using their software or products?’” recalls Bialecki.

By then, he already had a co-founder in mind. Bialecki had been a student together with Ed Hallen at MIT, but the pair actually met while working at Applied Predictive Technologies (APT), a Washington, D.C. tech consultancy.

“I’d read all those books on, hey, when you’re looking for someone to start a business with, you want someone with similar values who’s also complementary,” says Bialecki. “I’d known he was kind of interested in starting a company, and we had really complementary skillsets. I loved the engineering and design and product, and he was a big product guy too, but was used to working with customers and clients.”

An email company that didn’t (initially) do email

Current Klaviyo users may be surprised to hear that email was not part of the product that emerged. Instead, Bialecki and Hallen built a database to collect all the e-commerce data that was falling through the cracks.

“Once we really talked to a lot of e-commerce people, it was clear there were long-standing problems,” says Hallen.

Bialecki adds, “There are facts you know, like their name, their email address, their favorite color or something they told you about their birthday. But some of the harder stuff was, jeez, how many times has this person visited my website, bought something from me, what products did they buy and how is that trending over time? Were they a really frequent customer that dropped off the face of the Earth?”

As they spoke to customers, the founders realized that handling customers’ data and making it useful to them was going to be critical to Klaviyo’s success. It just so happened that gathering data matched well with their experiences working at APT.

“We had a ton of experience stitching together data sources,” says Hallen. “We took that expertise and put it as our foundation. What’s the most broken, largest market, and let’s really tie data to it, not as an afterthought.” 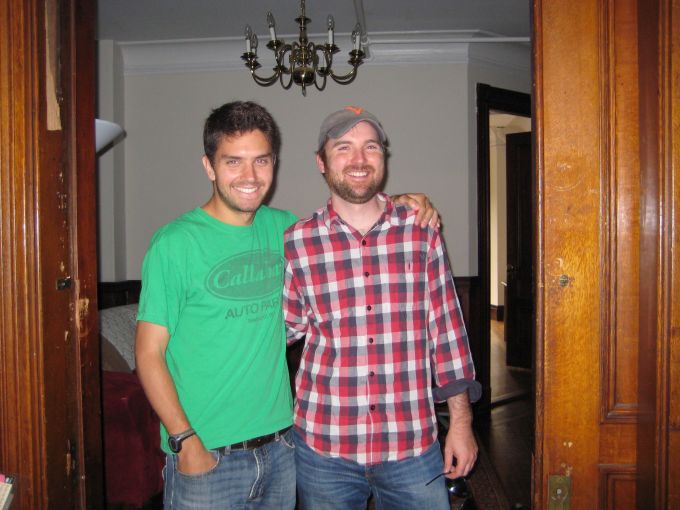 What that required, in practical terms, was spending the initial months building a custom database to store the disparate data types that come up during e-commerce transactions — events, documents and object data models. Conor O’Mahony, who joined the company in 2018 as chief product officer and departed this month to become an advisor, says that the company’s early time investment in its database laid the foundations for its later success in scaling up.