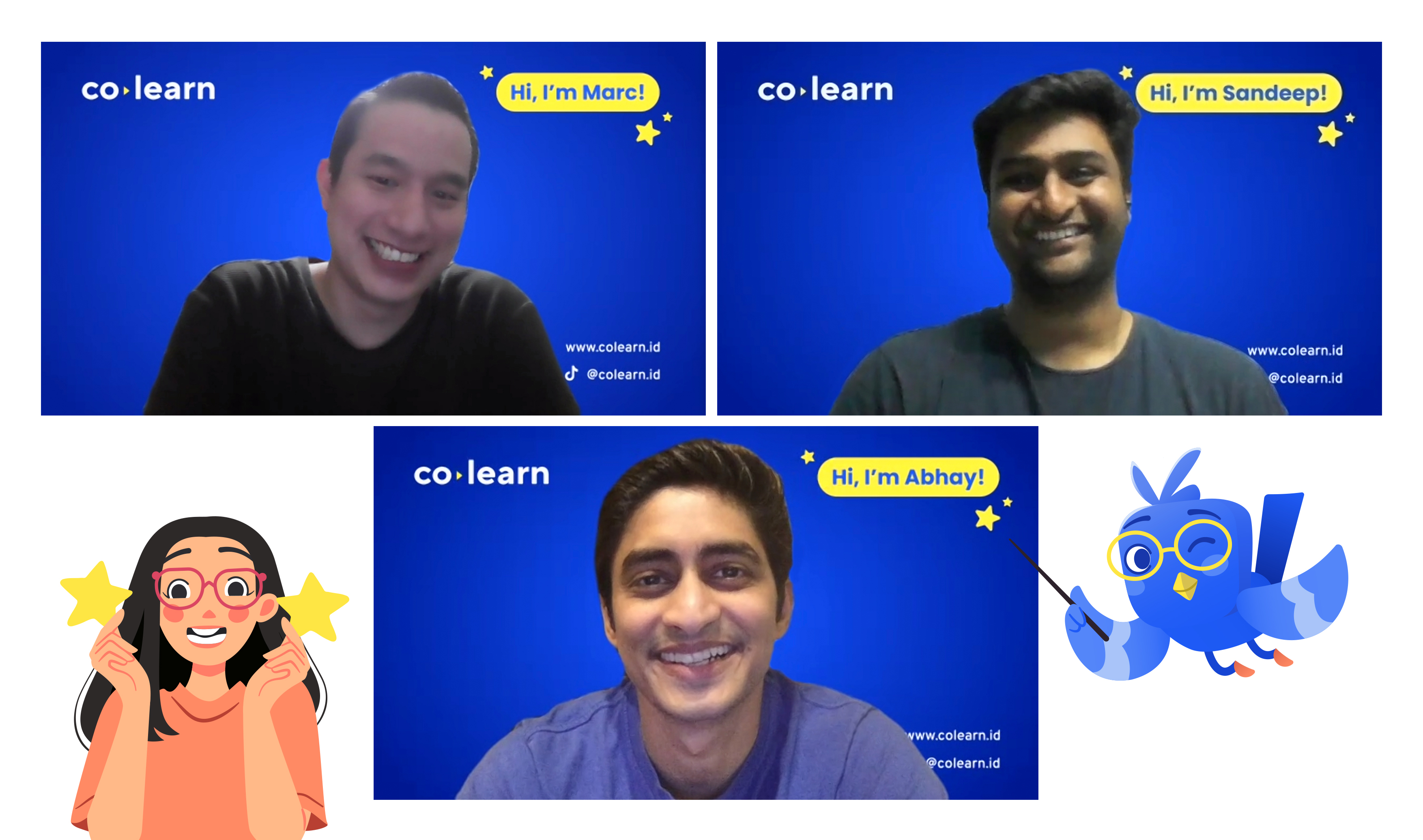 Indonesian startup CoLearn started as a chain of physical tutoring centers and was in the process of shifting to a hybrid offline-online model when the COVID-19 pandemic hit. The team sensed that remote learning would permanently change how students want to be tutored and decided to focus completely on its app, which launched in August 2020. CoLearn has since been downloaded more than 3.5 million times and has about one million active users, mostly students in grades 7 to 12.

The company announced today it has raised $10 million in Series A funding co-led by Alpha Wave Incubation and edtech-focused GSV Ventures. This marks the first time both have made an investment in Indonesia. The round also included participation from returning investors Sequoia Capital India’s Surge and AC Ventures.

One of the Jakarta-based company’s goals is to improve educational standards in Indonesia. The country’s PISA (Programme for International Student Assessment, a global ranking system created by the Organisation for Economic Co-operation and Development) rankings are in the bottom 10% for math, science and reading. CoLearn’s goal is to help move up Indonesia’s PISA ratings to the top 50% over the next five years.

CoLearn’s app offers more than 250,000 pre-recorded videos with homework help. The videos serve as a hook to convince students (or their parents) to sign up for CoLearn’s live online classes. 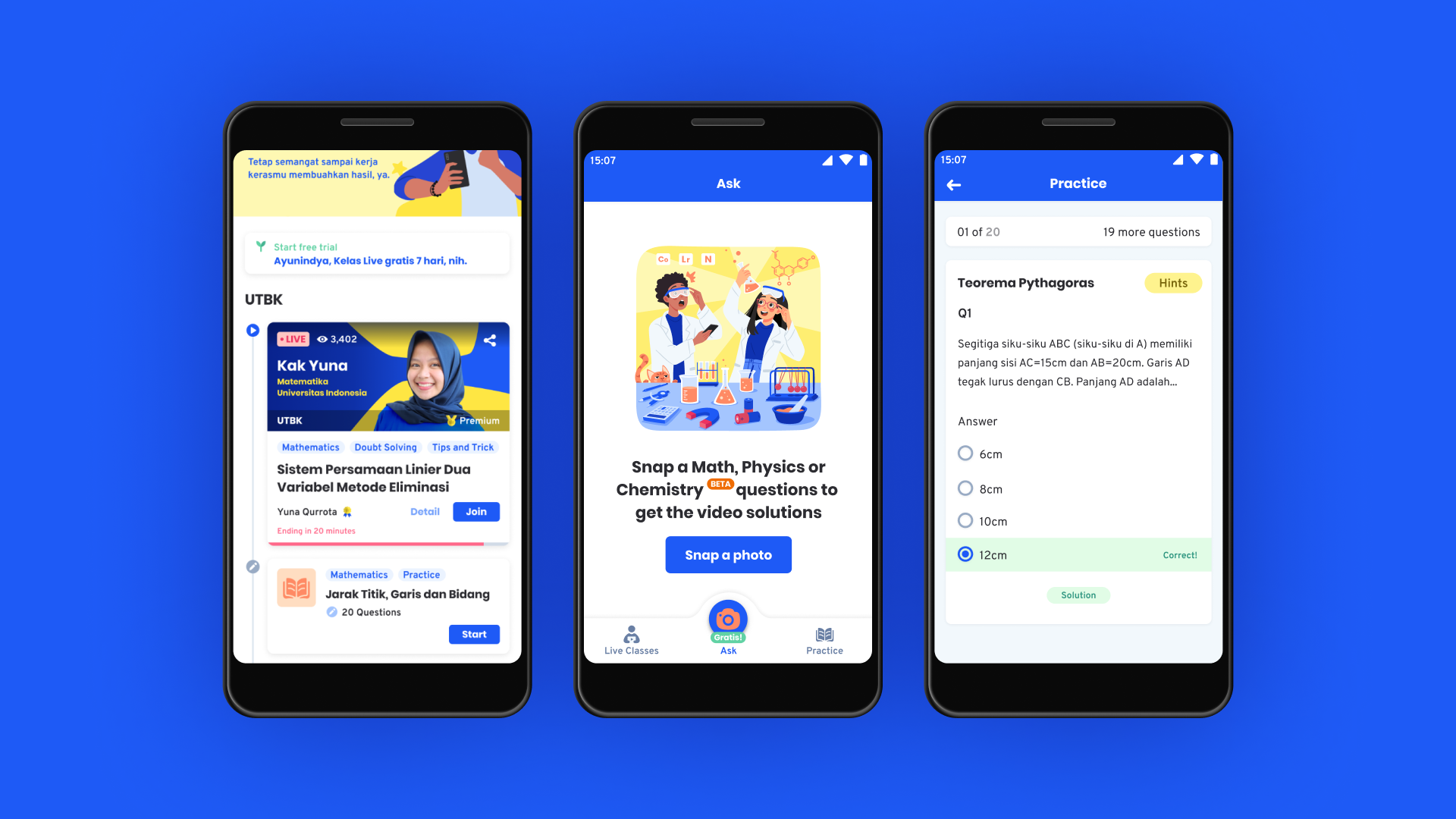 The company’s co-founders are Abhay Saboo, Marc Irawan and BYJU product team alum Sandeep Devaram. Despite being the world’s fourth most populous country with 270 million people, Indonesia has not seen the same level of investment and innovation in its educational infrastructure as countries like China or India, Saboo told TechCrunch. “We’re trying to solve the problem of how do you change mindsets, how do you change motivation, how do you increase in confidence levels?”

CoLearn started its offline in business in 2018, before shifting to a hybrid model. Once the pandemic hit, the company decided to go fully online. Even after schools reopen, the team anticipates that most students will prefer the convenience of online afterschool learning because going to brick-and-mortar tutoring centers can eat up hours of their time each day, Saboo said.

CoLearn’s users ask about 5 million questions through the app each month. Its AI platform matches them with video tutorials, recorded by more than 400 tutors, that break down key concepts. Saboo said creating engaging videos instead of presenting solutions in a diagram is one of the ways CoLearn differentiates from competitors like SnapAsk, which raised $35 million last year to expand in Southeast Asia.

“What we realized is that kids are really craving a step-by-step explanation and this is the TikTok generation, so if a picture says a thousand words, then a video says a million,” he said. He added that students often hit pause on the video when they think they have the answer to a question, before skipping to the end to see if they got it right, indicating that they want to understand concepts instead of simply getting a solution.

CoLearn’s live online classes will be its main priority going forward and the startup hopes to replicate the success of companies like China’s Yuanfudao and Zuoyebang. As part of that goal, it runs teacher training programs and expects to train more than 200 teachers over the next two years, especially in STEM subjects. The company may eventually scale into other countries that have similar issues with their education systems, but Saboo said CoLearn’s plan is to focus on Indonesia for at last the next couple of years.

In a press statement, GSV Ventures managing partner Deborah Quazzo said, “The opportunity to build efficacious learning solutions for the fourth largest country in the world is vast. The greatest businesses are created when entrepreneurs tackle large, important problems and CoLearn is doing that.”