One after another, Chinese tech giants have announced their plans for the auto space over the last few months. Some internet companies, like search engine provider Baidu, decided to recruit help from a traditional carmaker to produce cars. Xiaomi, which makes its own smartphones but has stressed for years it’s a light-asset firm making money from software services, also jumped on the automaking bandwagon. Industry observers are now speculating who will be the next. Huawei naturally comes to their minds.

Huawei seems well-suited for building cars — at least more qualified than some of the pure internet firms — thanks to its history in manufacturing and supply chain management, brand recognition and vast retail network. But the telecom equipment and smartphone maker repeatedly denied reports claiming it was launching a car brand. Instead, it says its role is to be a Tier 1 supplier for automakers or OEMs (original equipment manufacturers).

Huawei is not a carmaker, the company’s rotating chairman Eric Xu reiterated recently at the firm’s annual analyst conference in Shenzhen.

“Since 2012, I have personally engaged with the chairmen and CEOs of all major car OEMs in China as well as executives of German and Japanese automakers. During this process, I found that the automotive industry needs Huawei. It doesn’t need the Huawei brand, but instead, it needs our ICT [information and communication technology] expertise to help build future-oriented vehicles,” said Xu, who said the strategy has not changed since it was incepted in 2018.

“Huawei wants to be the next-generation Bosch,” an executive from a Chinese robotaxi startup told TechCrunch, asking not to be named.

“We won’t have too many of these types of in-depth collaboration,” Xu assured. 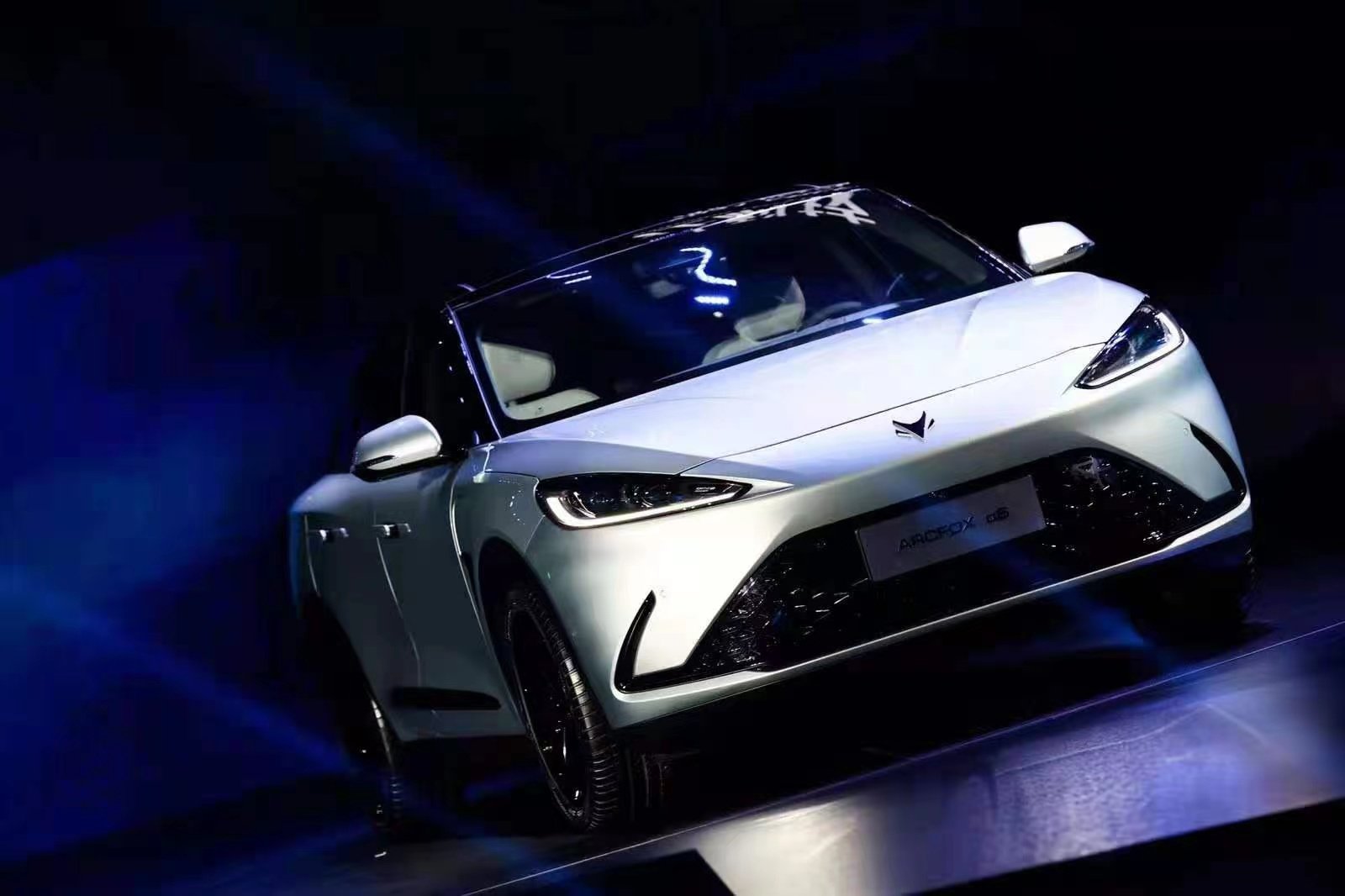 Arcfox, a new electric passenger car brand under state-owned carmaker BAIC, debuted its Alpha S model quipped with Huawei’s “HI” systems, short for Huawei Inside (not unlike “Powered by Intel”), during China’s annual auto show on Saturday. The electric sedan, priced between 388,900 yuan and 429,900 yuan (about $60,000-$66,000), comes with Huawei functions, including an operating system driven by Huawei’s Kirin chip, a range of apps that run on HarmonyOS, automated driving, fast charging and cloud computing.

Perhaps most eye-catching is that Alpha S has achieved Level 4 capabilities, which Huawei confirmed with TechCrunch.

That’s a bold statement, for it means that the car will not require human intervention in most scenarios, that is, drivers can take their hands off the wheel and nap.

There are some nuances to this claim, though. In a recent interview, Su Qing, general manager for autonomous driving at Huawei, said Alpha S is L4 in terms of “experience” but L2 according to “legal” responsibilities. China has only permitted a small number of companies to test autonomous vehicles without safety drivers in restricted areas and is far from letting consumer-grade driverless cars roam urban roads.

As it turned out, Huawei’s “L4” functions were shown during a demo, during which the Arcfox car traveled 1,000 kilometers in a busy Chinese city without human intervention, though a safety driver was present in the driving seat. Automating the car is a stack of sensors, including three lidars, six millimeter-wave radars, 13 ultrasonic radars and 12 cameras, as well as Huawei’s own chipset for automated driving.

“This would be much better than Tesla,” Xu said of the car’s capabilities.

But some argue the Huawei-powered vehicle isn’t L4 by strict definition. The debate seems to be a matter of semantics.

“Our cars you see today are already L4, but I can assure you, I dare not let the driver leave the car,” Su said. “Before you achieve really big MPI [miles per intervention] numbers, don’t even mention L4. It’s all just demos.”

“It’s not L4 if you can’t remove the safety driver,” the executive from the robotaxi company argued. “A demo can be done easily, but removing the driver is very difficult.”

“This technology that Huawei claims is different from L4 autonomous driving,” said a director working for another Chinese autonomous vehicle startup. “The current challenge for L4 is not whether it can be driverless but how to be driverless at all times.”

L4 or not, Huawei is certainly willing to splurge on the future of driving. This year, the firm is on track to spend over $1 billion on smart vehicle components and tech, Xu said at the analyst event.

Many believe 5G will play a key role in accelerating the development of driverless vehicles. Huawei, the world’s biggest telecom equipment maker, would have a lot to reap from 5G rollouts across the globe, but Xu argued the next-gen wireless technology isn’t a necessity for self-driving vehicles.

“To make autonomous driving a reality, the vehicles themselves have to be autonomous. That means a vehicle can drive autonomously without external support,” said the executive.

“Completely relying on 5G or 5.5G for autonomous driving will inevitably cause problems. What if a 5G site goes wrong? That would raise a very high bar for mobile network operators. They would have to ensure their networks cover every corner, don’t go wrong in any circumstances and have high levels of resilience. I think that’s simply an unrealistic expectation.”

Huawei may be happy enough as a Tier 1 supplier if it ends up taking over Bosch’s market. Many Chinese companies are shifting away from Western tech suppliers towards homegrown options in anticipation of future sanctions or simply to seek cheaper alternatives that are just as robust. Arcfox is just the beginning of Huawei’s car ambitions.

Updated the headline for clarity.