Soona, a startup aiming to satisfy the growing content needs of the e-commerce ecosystem, is announcing that it has raised $10.2 million in Series A funding led by Union Square Ventures.

When I wrote about Soona in 2019, the model focused on staging shoots that can deliver videos and photos in 24 hours or less. The startup still operates studios in Austin, Denver and Minneapolis, but co-founder and CEO Liz Giorgi told me that during the pandemic, Soona shifted to a fully virtual/remote model — customers ship their products to Soona, then watch the shoot remotely and offer immediate feedback, and only pay for the photos ($39 each) and video clips ($93 each) that they actually want.

In some cases, the studio isn’t even necessary — Giorgi said that 30% of Soona’s photographers and crew members are working from home.

Soona has now worked with more than 4,000 customers, including Lola Tampons, The Sill and Wild Earth, with revenue growing 400% last year. Giorgi said that even as larger in-person shoots become possible again, this approach still makes sense for many clients.

“There’s nothing we sell online that does not require a visual, but not every single visual requires a massive full-day shoot,” she said. 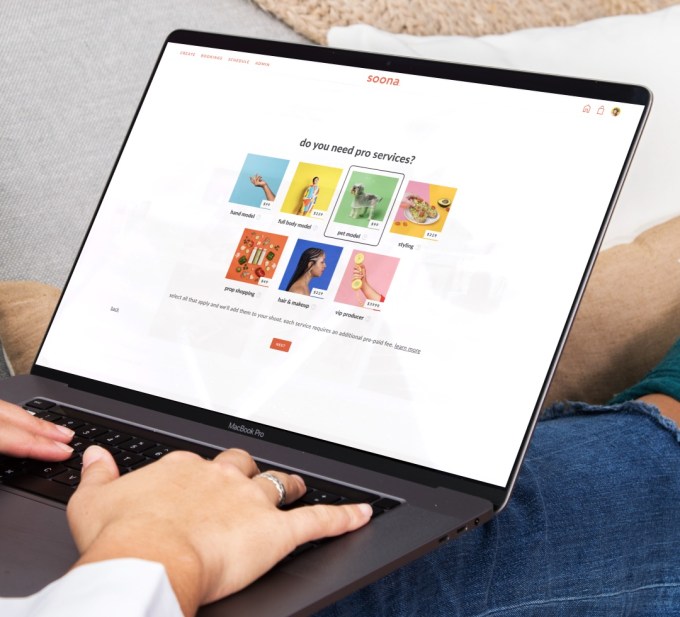 Giorgi also suggested that Soona’s approach has unlocked a “new level of scalability,” adding, “Internally at Soona, we really believe in the remote-shoot experience. It’s not only more efficient, it’s a lot more fun not having to fly a brand manager from Miami and have them spend a full day at a warehouse in New York. That’s not only cost-prohibitive, it’s also a time-consuming and exhausting process for everyone.”

The new funding follows a $1.2 million seed round. Giorgi said the Series A will allow Soona to develop a subscription product with more collaboration tools and more data about what kinds of visual content is most effective.

So you want to raise a Series A

“There’s an opportunity to own the visual ecosystem of e-commerce from beginning to end,” she said.

Giorgi also noted that Soona continues to employ its “candor clause” requiring investors to disclose whether they’ve ever faced complaints of sexual harassment or discrimination. In fact, the clause has been expanded to cover complaints around racism, ableism or anti-LGBTQ discrimination.

“In some ways it’s a gate that prevents bad actors from being involved […] but it really drives a deeper connection with the investor and the founder,” Giorgi said. “We can have conversations about our values and how we see the world. We get to have a conversation about equality and justice at at time when we’re talking a lot about equity and the cap table.”