BrandProject — a firm that’s backed successful direct-to-consumer commerce startups like Freshly (acquired by Nestlé), Persona (also acquired by Nestlé) and Chef’s Plate (acquired by Hello Fresh) — is announcing that it has raised $43 million for what it says is its first traditional venture fund.

Founded by Andrew Black, who previously co-founded Virgin Mobile Canada and served as president of LEGO Americas, BrandProject has been investing from a $12 million fund tied to BrandProject Studio, where the money is just a small part of what’s being offered — apparently six of the firm’s eight team members are entirely focused on supporting startups, often serving as de facto CTOs, CFOs and CMOs.

With the new BrandProject Capital fund, the firm will be able to make larger investments in (somewhat) more mature companies. Black estimated that the new fund will be writing checks of between $1 million and $3 million; the goal is for half of the deals to be new investments, while the other half consists of follow-on investments in startups from BrandProject Studio.

“We’re going to be supporting the same type of businesses out of Studio or Capital, but with Studio, nothing’s too early for us — we’re all about team, team, team,” said partner Hayden Williams. “But if it’s a Capital deal, we’re going to look for some evidence that something is working, even if it’s a small scale.”

Inside the US’ epic first-quarter venture capital results

The focus will continue to be direct-to-consumer brands, and although the pandemic has led to tremendous e-commerce growth, Black said it hasn’t changed the BrandProject strategy. 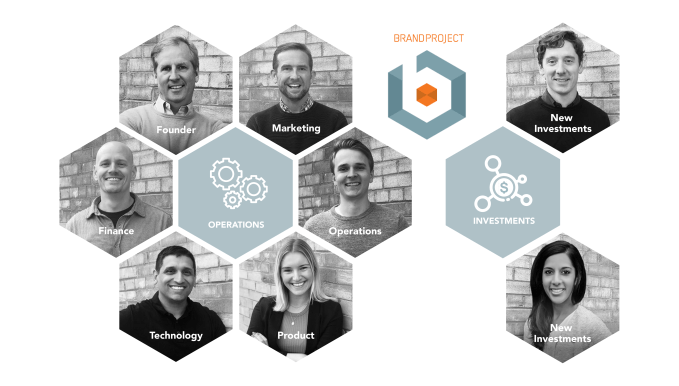 “We haven’t adjusted our investment focus at all because of COVID,” he said. “We’ve always invested behind categories, brands and segments that we just think the world needs.”

One of the limited partners who invested in the new fund is probably BrandProject’s biggest success story — Freshly co-founder and CEO Michael Wystrach, who sold his healthy meal startup to Nestlé for $1.5 billion. Wystrach recalled reading about BrandProject in TechCrunch and, after looking up the firm, sending unsolicited meals to partner Jay Bhatti in New York.

At that point, Freshly had only raised friends-and-family funding, and Wystrach admitted, “We would have taken a check from anyone.” But he said he was lucky that Bhatti liked the food and the firm decided to invest, with Black becoming an interim co-CEO, Bhatti serving as interim CTO and partner Andrew Bridge serving as interim CMO.

“What I loved about BrandProject is that they never came in and told us what kind of business we’re building,” he continued. “It was never a case where they said, ‘You need to do this.’ It was our business, and they were team members in helping us build the business.”

To illustrate the idea behind the new fund, Wystrach compared the investment ecosystem to the U.S. schools: “Where Andrew and the team come in, they’re K through 8 or maybe K through 6, they’re very hands on … With the new fund, maybe they’re moving to middle school.”