E-commerce is booming, but among the biggest challenges for entrepreneurs of online businesses are finding a place to store the items they are selling and dealing with the logistics of operating.

Tyler Scriven, Maxwell Bonnie and Paul D’Arrigo co-founded Saltbox in an effort to solve that problem.

The trio came up with a unique “co-warehousing” model that provides space for small businesses and e-commerce merchants to operate as well as store and ship goods, all under one roof. Beyond the physical offering, Saltbox offers integrated logistics services as well as amenities such as the rental of equipment and packing stations and access to items such as forklifts. There are no leases and tenants have the flexibility to scale up or down based on their needs.

Saltbox opened its first facility — a 27,000-square-foot location — in its home base of Atlanta in late 2019, filling it within two months. It recently opened its second facility, a 66,000-square-foot location, in the Dallas-Fort Worth area that is currently about 40% occupied. The company plans to end 2021 with eight locations, in particular eyeing the Denver, Seattle and Los Angeles markets. Saltbox has locations slated to come online as large as 110,000 square feet, according to Scriven.

The startup was founded on the premise that the need for “co-warehousing and SMB-centric logistics enablement solutions” has become a major problem for many new businesses that rely on online retail platforms to sell their goods, noted Scriven. Many of those companies are limited to self-storage and mini-warehouse facilities for storing their inventory, which can be expensive and inconvenient.

Scriven personally met with challenges when starting his own e-commerce business, True Glory Brands, a retailer of multicultural hair and beauty products.

“We became aware of the lack of physical workspace for SMBs engaged in commerce,” Scriven told TechCrunch. “If you are in the market looking for 10,000 square feet of industrial warehouse space, you are effectively pushed to the fringes of the real estate ecosystem and then the entrepreneurial ecosystem at large. This is costing companies in significant but untold ways.”

Now, Saltbox has completed a $10.6 million Series A round of financing led by Palo Alto-based Playground Global that included participation from XYZ Venture Capital and proptech-focused Wilshire Lane Partners in addition to existing backers Village Global and MetaProp. The company plans to use its new capital primarily to expand into new markets.

The company’s customers are typically SMB e-commerce merchants “generating anywhere from $50,000 to $10 million a year in revenue,” according to Scriven.

He emphasizes that the company’s value prop is “quite different” from a traditional flex office/co-working space.

“Our members are reliant upon us to support critical workflows,” Scriven said.

Besides e-commerce occupants, many service-based businesses are users of Saltbox’s offering, he said, such as those providing janitorial services or that need space for physical equipment. The company offers all-inclusive pricing models that include access to loading docks and a photography studio, for example, in addition to utilities and Wi-Fi. 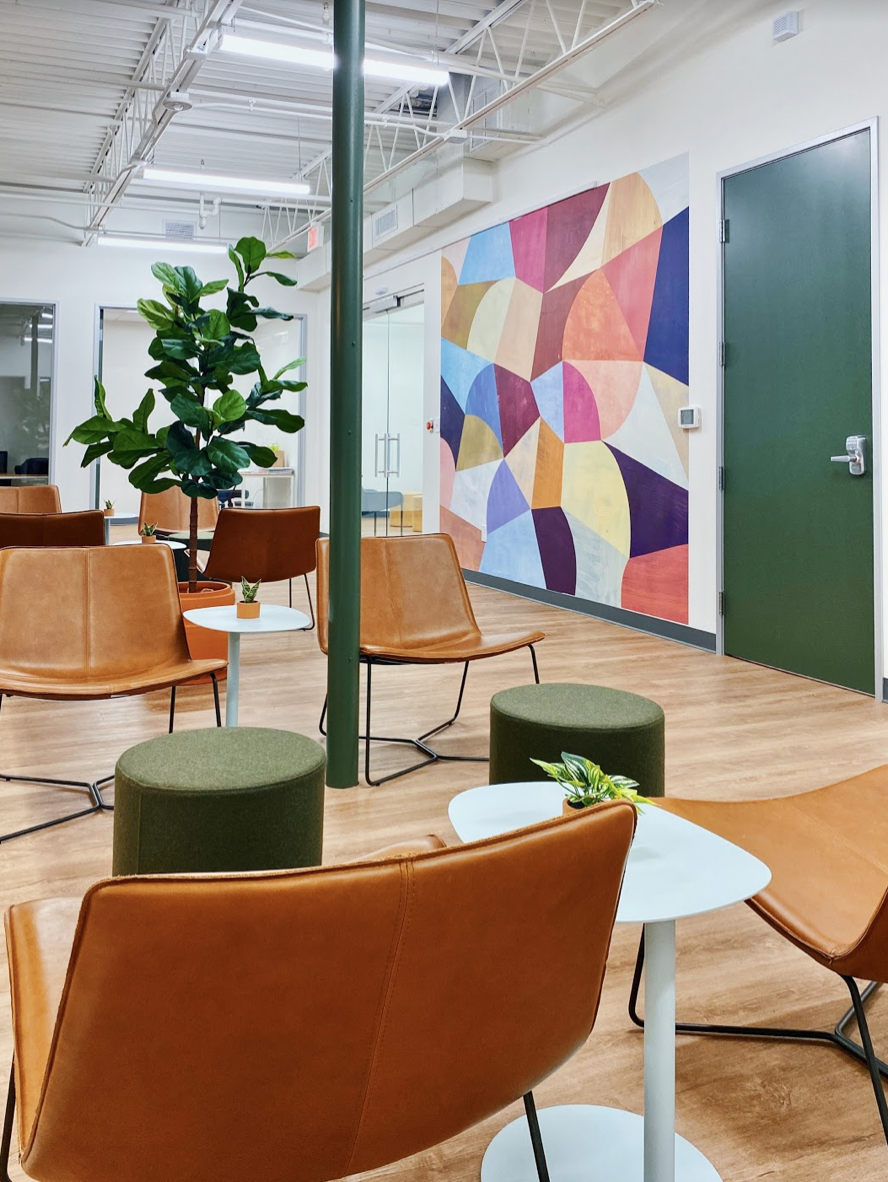 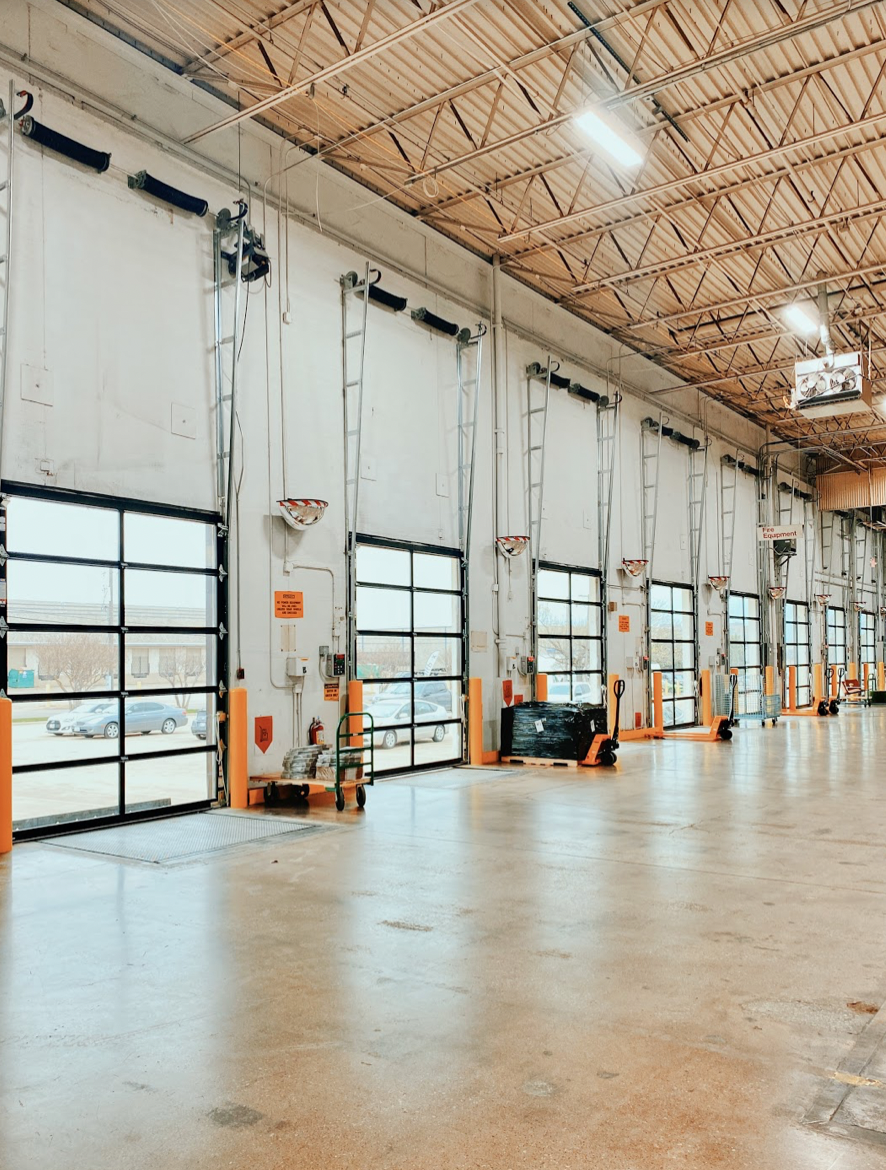 The company secures its properties with a mix of buying and leasing by partnering with institutional real estate investors.

“These partners are acquiring assets and in most cases, are funding the entirety of capital improvements by entering into management or revenue share agreements to operate those properties,” Scriven said. He said the model is intentionally different from that of “notable flex space operators.”

“We have obviously followed those stories very closely and done our best to learn from their experiences,” he added.

Investor Adam Demuyakor, co-founder and managing partner of Wilshire Lane Partners, said his firm was impressed with the company’s ability to “structure excellent real estate deals” to help them continue to expand nationally.

He also believes Saltbox is “extremely well-positioned to help power and enable the next generation of great direct to consumer brands.”

Playground Global General Partner Laurie Yoler said the startup provides a “purpose-built alternative” for small businesses that have been fulfilling orders out of garages and self-storage units.

Saltbox recently hired Zubin Canteenwalla  to serve as its chief operating officer. He joined Saltbox from Industrious, an operator co-working spaces, where he was SVP of Real Estate. Prior to Industrious, he was EVP of Operations at Common, a flexible residential living brand, where he led the property management and community engagement teams.