Meet Feels, a new French startup that wants to change how dating apps work. According to the company, scrolling through photos and reading descriptions tend to be boring experiences. Feels want to improve profiles so that navigating the app feels more like watching TikTok videos or browsing stories.

“For the past 10 years, there’s been little innovation in the industry,” co-founder and CEO Daniel Cheaib told me. “The reason why many people uninstall dating apps is that it’s boring. Profiles all look the same and we feel like we’re browsing a catalog.”

In that case, Cheaib is thinking about Tinder, but also other dating apps that feel like Tinder but aren’t exactly Tinder, such as Bumble, Happn, etc.

Feels’ founding team has spent two years iterating on the app to find out what works and what doesn’t. Now that retention metrics are where they’re supposed to be, the company is ready to launch more widely. 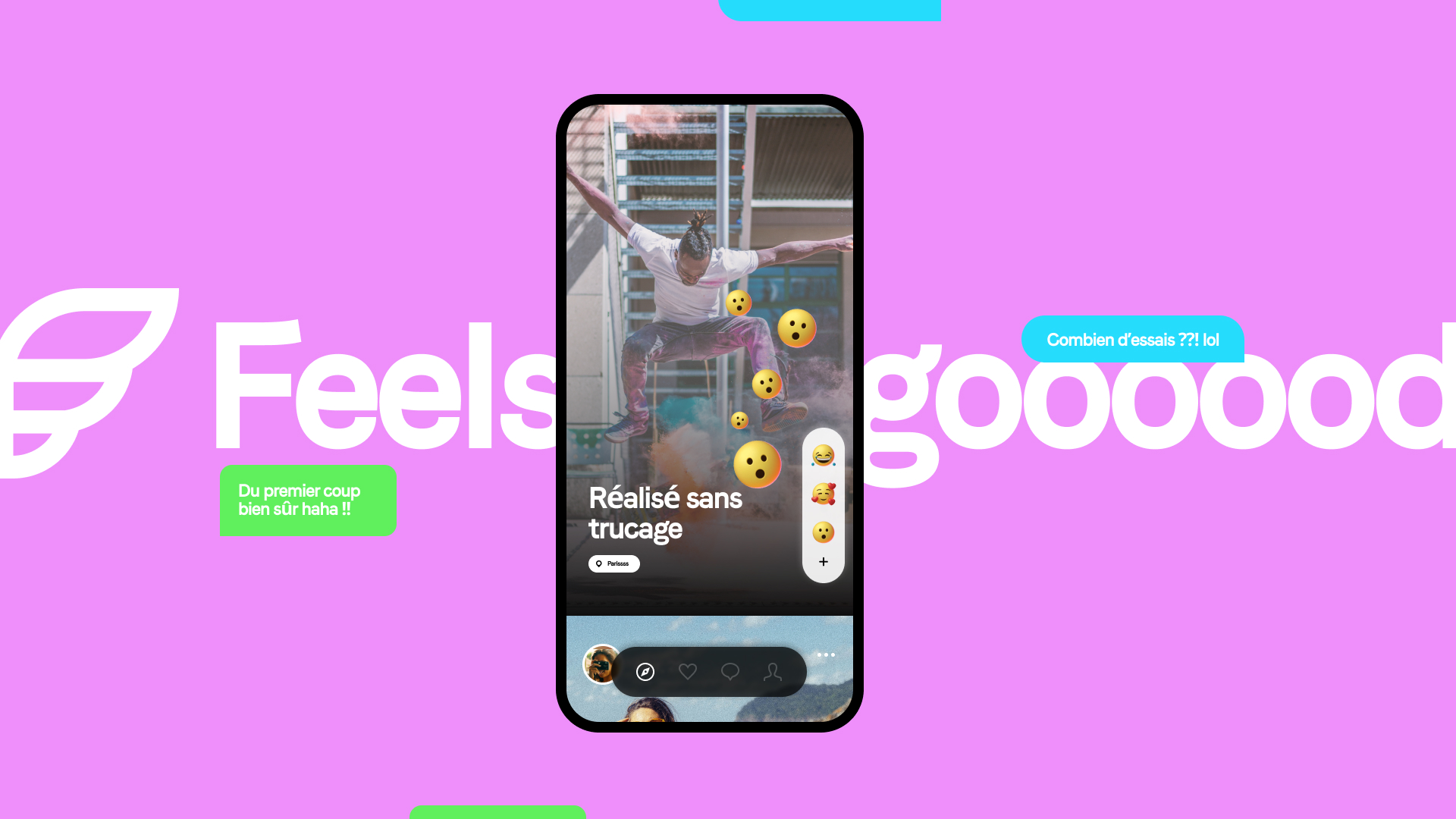 If you want to show interesting content to your users in a dating app, you have to rethink profiles. Arguably, this has been the most difficult part of the development phase. When you install the app, it takes around 15 minutes to create your profile.

So what makes a profile on Feels different? In many ways, a profile looks more like a story, or TikTok posts. Users can record videos, add text and stickers, share photos, answer questions and more.

“When you’re done with the onboarding process, you have consistent profiles with people sharing content about them,” Cheaib said.

Like other dating apps, there are many options when it comes to gender identity — you’re not limited to woman or man. You can then say that you want to see all profiles or just some profiles based on various criteria.

After that, you can look at other profiles. Once again, Feels tries to change the basic interaction of dating apps. Most dating apps require you to swipe left or right, or give a thumbs up or a thumbs down. When you think about it, it’s a binary choice that requires a ton of micro decisions.

Sometimes, you don’t have any strong feelings about someone. Or maybe you just want to go to the next profile. And the fact that you have to triage profiles like this leads to a lot negativity, whether it’s conscious or subconscious — you keep rejecting people, after all.

When you’re looking at a profile on Feels, it fills up your entire screen. Videos start playing, you can see what the person likes and who they are in front of a camera. You can react on some content or you can simply move on by swiping up. There’s no heart or like button.

When the startup thought they finally were going somewhere, they raised a $1.3 million funding round (€1.1 million) from a long list of business angels, such as somebody in Atomico’s business angel program, Blaise Matuidi, Eric Besson, René Ricol, Ricardo Pereira, Yohan Benalouane, Nampalys Mendy, Julien Radic and Jean Michel Chami.

Bumble IPO could raise more than $1B for dating service

Now, Feels plans to attract new users with organic TikTok posts, some TV ads and more. The company wants to reach one million users by the end of the year with a big focus on France for now. There are 100,000 users right now.

When it comes to monetization, Feels started offering a premium subscription to unlock more features. The company is still iterating on that part.

Feels is just getting started in a crowded and competitive industry. Unlike other companies, Feels has invested heavily in its own product before working on user acquisition and paid installs. It’s an ambitious strategy but it has a lot of potential as it could lead to a truly different dating app.