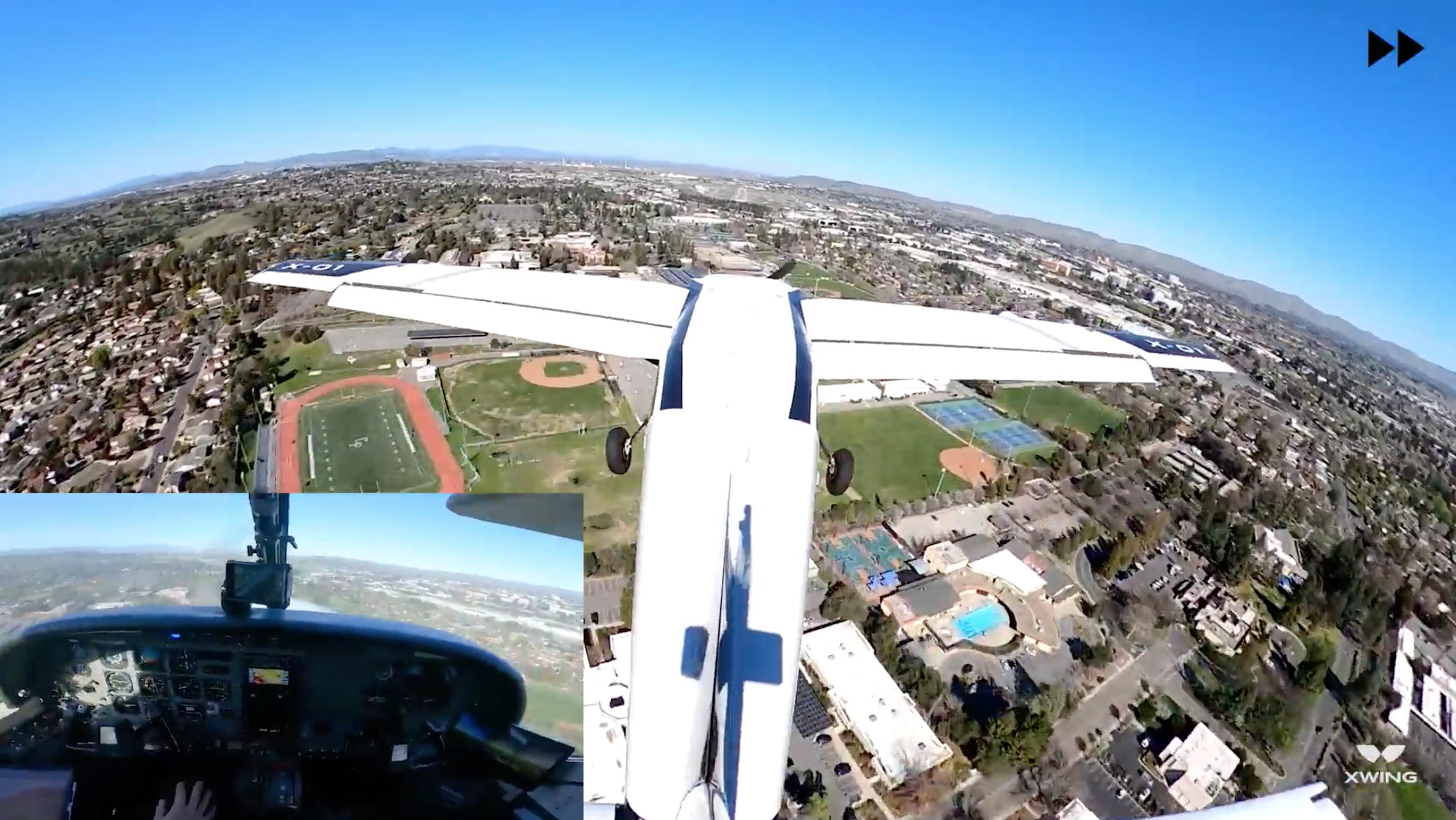 The safety pilot has his hands off the controls during an Xwing demonstration flight. Image Credits: Xwing

Xwing has scored another win two months after it completed its first gate-to-gate autonomous demonstration flight of a commercial cargo aircraft. The company said Thursday it has raised $40 million at a post-money valuation of $400 million.

The company is setting its sights on expansion — not only tripling its engineering team, but eventually running regular fully unmanned commercial cargo flights.

Xwing has been developing a technology stack to convert aircraft, including a widely used Cessna Grand Caravan 208B, to function autonomously. But it’s had to solve a few problems first: “the perception problem, the planning problem and the control problem,” Xwing founder Marc Piette explained to TechCrunch. The company has come up with a whole suite of solutions to solve for these problems, including integrating lidar, radar and cameras on the plane; retrofitting the servomotors that control the rudder, braking and other functions; and ensuring all of these are communicating properly so the plane understands where it is in space and can execute its flight.

The company has already performed close to 200 missions with its AutoFlight system. For all these flights, there’s been a safety pilot on board. In addition, a ground control operator sits in a control center and acts as a go-between from the autonomous aircraft to the human air traffic control operator.

For its autonomous flight activities, the company has authorization from the Federal Aviation Administration to fly under an experimental airworthiness certificate for research and development that was expanded in August of last year to include a special flight permit for optionally piloted aircraft (OPA).

The company is looking to eventually remove the safety pilot, but only once full safety redundancies are in place, Piette added. That includes redundancies across all sensors and computer systems. Fortunately for all of us that fly, commercial aviation safety levels are extremely high. It means a high airworthiness standard for aviation startups. Smaller Class III aircraft like the ones Xwing is targeting must demonstrate a risk of one catastrophic failure per hundred million flight hours.

Xwing’s activities have garnered attention from investors. This most recent funding round was led by Blackhorn Ventures, with participation from ACME Capital, Loup Ventures, R7 Partners, Eniac Ventures, Alven Capital and Array Ventures. Including this round, the company has raised $55 million in total capital.

The autonomous flights are only one part of Xwing’s business activities. It’s also been flying manned commercial cargo operations under a contract with a large logistics company signed December 1.

“We set up what’s effectively an airline,” Piette said. By modifying these aircraft with sensors to collect data, Xwing is able to feed this valuable flight time into a training algorithm, and collect other useful data, such as how often the pilots communicate with air traffic controllers and the types of directions the craft receives.

Looking ahead, the company will be significantly scaling its workforce over the next 12 months, in addition to increasing its commercial operations in parallel. On the technology side, Xwing is looking to fly autonomous commercial cargo flights, with a safety pilot onboard, under an experimental ticket and exemption from the FAA. The company will likely reach this milestone also within the next 12 months, Piette said. After that, it would look to remove the safety pilot from the aircraft. Even then, the company would still need to get its systems certified to completely remove any constraints on its movements in airspace.