Netflix is giving its Kids profiles a revamp, the company announced today. While adults’ profiles are personalized with horizontal rows of recommendations that appear as they scroll down, the Kids profiles’ redesign is more visual in nature. When kids now log in to their account on a TV, they’ll be greeted with their favorite titles and characters right at the top of the screen, Netflix says.

Previously, the layout for the Kids profile was similar to an adult’s, with rows that showed Trending shows and other suggestions from Netflix’s library (See below). Now, the top row will feature the kid’s most-watched content — and for early readers, the characters will help direct kids to the show they want to watch. 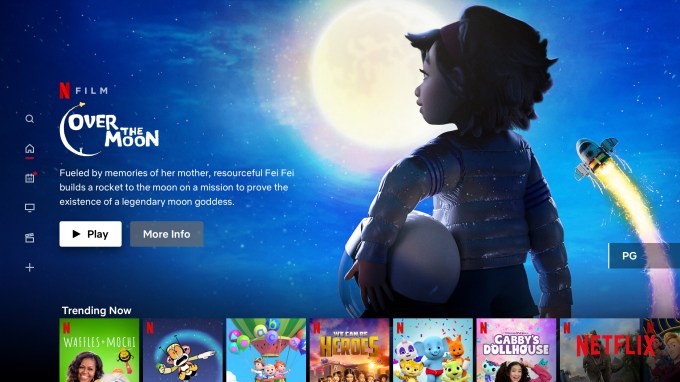 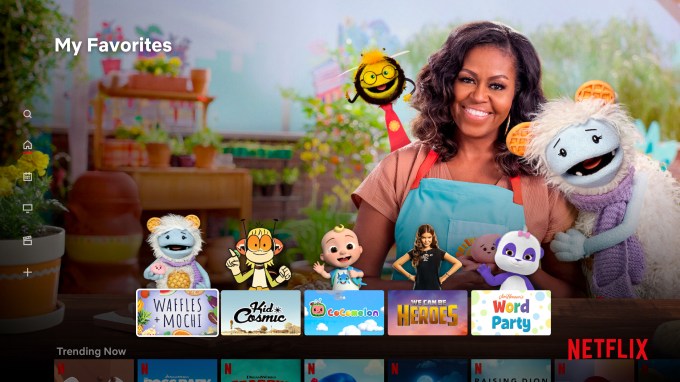 To customize this row for each user, Netflix uses information about what was watched to improve its recommendations. It notes that the favorite shows featured at the top of the screen will come from the full Netflix catalog, not just its original programming. For the title to appear in their row, a child must watch a show at least once, Netflix says. When selected, the background updates to reflect the chosen show, as well.

Younger kids often navigate Netflix visually. Even toddlers can be found using iPads or TV remotes, moving through Netflix like a pro, at times. And during the COVID era, when parents were stuck at home trying to both entertain their little kids while homeschooling older ones and somehow also finding time to work, it makes sense to update one of the most popular “TV babysitter” apps to make it something that younger children could use on their own without parental assistance. The need to serve the overwhelmed parent was part of the thinking behind the upgrade, pitching how the update would give parents who “need 30 minutes of uninterrupted time to knock out some work” time to do so. (Uninterrupted time during the pandemic? What’s that?)

Netflix says the new profiles are rolling out now to TV devices globally, but will be tested on tablets and mobile devices in the coming months.

Netflix co-founder Marc Randolph on the company’s earliest days, the streaming wars, and moving on