Out the window, a fire is raging — and it’s moving ever closer. Confusion. Fear. A run for the car. Roads open and then suddenly closed by authorities. Traffic jams. A fire break that stalls the flames and then suddenly the flames jump, changing direction. Everyone has a plan for what to do — a plan that gets ripped up the second someone leaves their home to evacuate.

In the heat of the moment, everyone needs to know exactly what to do and where to go. Unfortunately, that information is rarely available in the format they need.

Bailey Farren’s family has experienced this four times living in California north of San Francisco. The wildfires are more common than ever with the aridness of climate change, yet the evacuations remain a pandemonium. While a student at Berkeley, she started investigating what was happening, and why her family constantly lacked the information they needed to get out safely and swiftly. “I thought that first responders had everything they need,” she said.

They don’t. Firefighters on the frontlines often lack the technology needed to relay accurate information to operations centers, which can then guide citizens on how to evacuate. With the pressing need to keep citizens up-to-date, most authorities rely on simple text messages to just tell everyone in, say, an entire county to evacuate, with nary more detail.

The Camp Fire in California in 2018, the worst fire in California’s history, triggered her to go beyond interviewing public safety officers to building a solution. She graduated in spring 2019, and at the same time, founded Perimeter with fellow Berkeley grad Noah Wu.

Perimeter is an emergency response platform designed to “bridge the gap between agencies and citizens,” in Farren’s words, by offering better two-way communication centered on geospatial data.

The company announced today that it has raised a $1 million pre-seed round led by Shawn Merani of Parade Ventures and Dustin Dolginow, social-impact organization One World and Alchemist Accelerator participating. Alchemist was the first money into the startup. 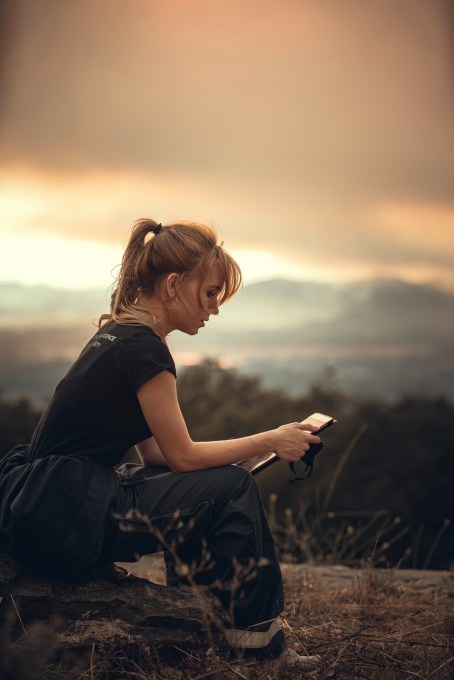 Using Perimeter, citizens can upload geospatial-tagged information such as a new fire outbreak or a tree that has fallen and is now blocking a road. “Sometimes citizens have the most accurate and real-time information, before first responders show up — we want citizens to share that with … government officials,” Farren said. That information is not immediately disseminated to the public though. Instead, first responders can vet the information, ensuring that citizens are always using accurate information in planning their actions. “We do not want it to be a social-media platform,” she explained.

In the other direction, operations centers can use Perimeter to send citizens accurate and detailed evacuation maps with routes on where to go. Unlike with just a text message, Perimeter will send both the message and a URL, which can then display maps and real-time information on how a disaster is progressing.

Right now, the platform is distributed as a web app, so that citizens don’t need to have it pre-installed when a disaster strikes. Farren noted that the company is working on native apps as well, particularly for first responders who need robust offline capabilities due to intermittent cell signals that are typical in disaster zones.

Farren and her team have interviewed emergency management agencies extensively, and she says that her first customer is Palo Alto’s Office of Emergency Services. Over the past two fire seasons, “we had an R&D focus in that we were building hand-in-hand with agencies … and we took two fire seasons to beta test our technology,” she said.

The company has four full-time employees working remotely, but all based in California.