Each story is based on an interview with a founder or investor who addressed some of the most common startup dilemmas. Predictably, they’re mostly focused on the how and why:

How do I get into an accelerator? When should I hire a sales team? What’s the best way to earn attention from investors?

TechCrunch reporter Natasha Mascarenhas interviewed Kleiner Perkins partner Bucky Moore to get sector-agnostic advice for founders who are ready to raise a Series A.

Their conversation isn’t a rehash of basic best practices — Moore says the pandemic has fundamentally changed the way he does business: “I actually believe that first meetings over Zoom are here to stay; I think it’s far more efficient.”

I’m looking forward to the eventual return of live TechCrunch events, but each Early Stage recap includes video and a complete transcript. As ever, full articles are available for Extra Crunch members.

Thanks very much for reading — I hope you have a fantastic weekend.

So you want to raise a Series A

Have you ever bought a pig in a poke?

It’s a saying from medieval times: A farmer traveling on an unfamiliar road agrees to buy a baby pig in a bag from a passing stranger. Unfortunately, when the farmer gets back to their hut and opens the sack, there’s a kitten inside.

The risk of getting stuck with a counterfeit item when buying online is real, especially when it comes to sneakers, jewelry and other designer products. That’s why online marketplace StockX created a rigorous product verification and authentication process.

To date, its users have conducted more than 10 million transactions for sneakers, handbags, streetwear, watches and other high-end items that are often produced in limited quantities.

StockX’s prices are regulated and all transactional data is transparent, factors that have combined to help the platform reach a $2.8 billion valuation.

In a four-part series that dropped this week, Extra Crunch analyzes this “foundational new category of market” that began as a hobbyist’s sneaker price chart.

Yes, the baseball card company is going public in a debut that could easily be read as a way to put money into the NFT craze without actually having to buy cryptocurrencies.

It appears that the slowdown in tech debuts is not a complete freeze; despite concerning news regarding the IPO pipeline, some deals are chugging ahead.

Texas-based Alkami Technology is a software company that delivers its product to banks via the cloud, so it’s not a legacy player scraping together an IPO during boom times.

Let’s dig into the latest SEC filing from the software unicorn. 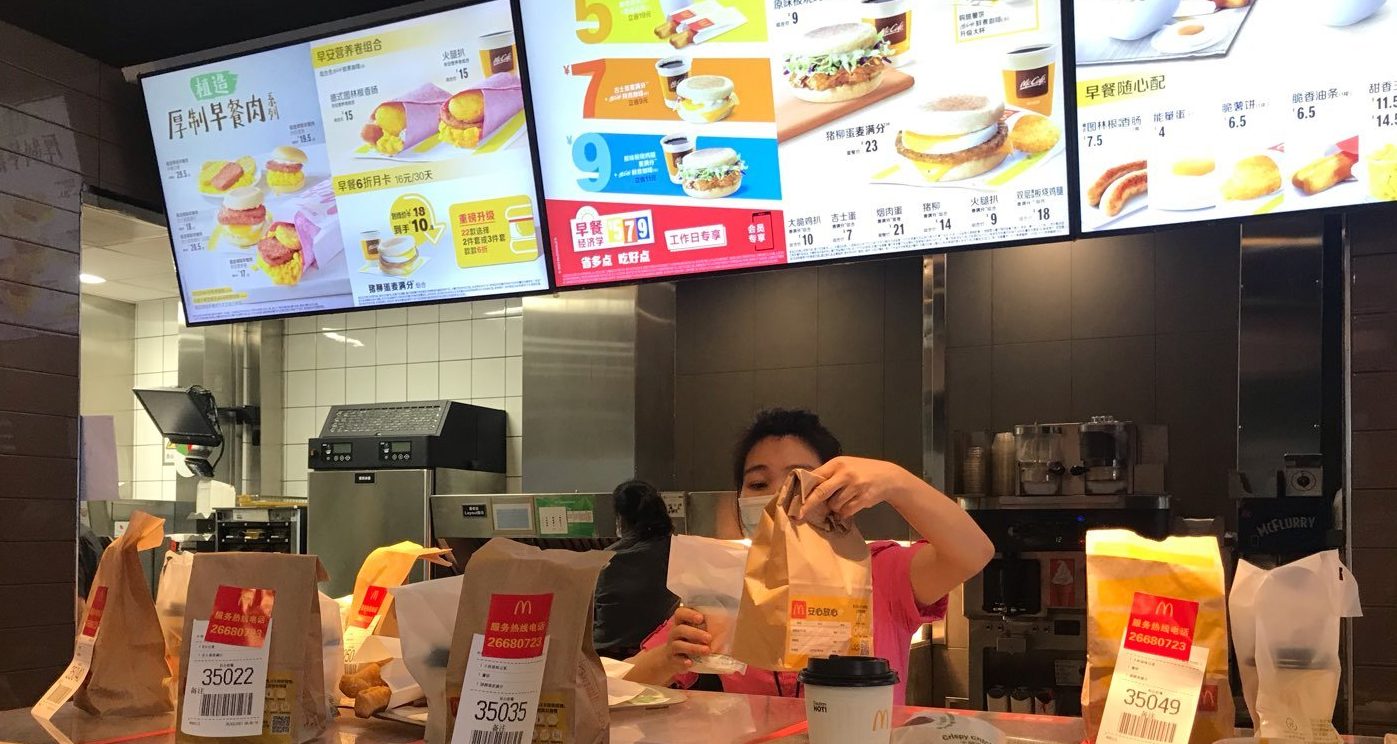 Last year could well have been the dawn of alternative protein in China. More than 10 startups raised capital to make plant-based protein for a country with increasing meat demand. Of these, Starfield, Hey Maet, Vesta and Haofood have been around for about a year; ZhenMeat was founded three years ago; and Green Monday is a nine-year-old Hong Kong firm pushing into mainland China. 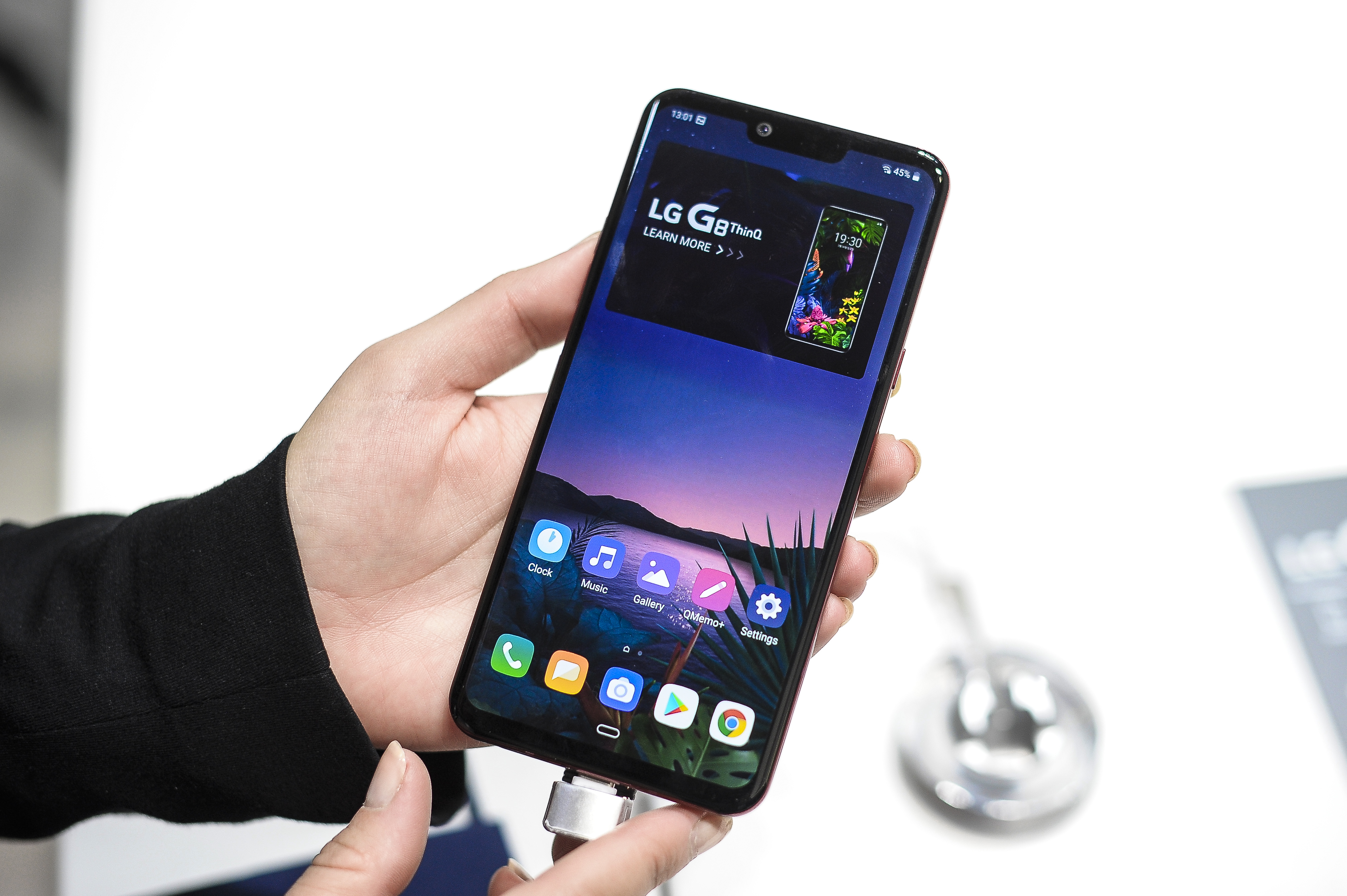 For those who follow the space, LG will be remembered fondly as a smartphone trailblazer. For well over a decade, the company was a major player in the Android category and a driving force behind a number of innovations that have since become standard.

LG continued pushing envelopes — albeit to mixed effect. But in the end, the company just couldn’t keep up.

This week, the South Korean electronics giant announced it will be getting out of the “incredibly competitive” category, choosing instead to focus on its myriad other departments. 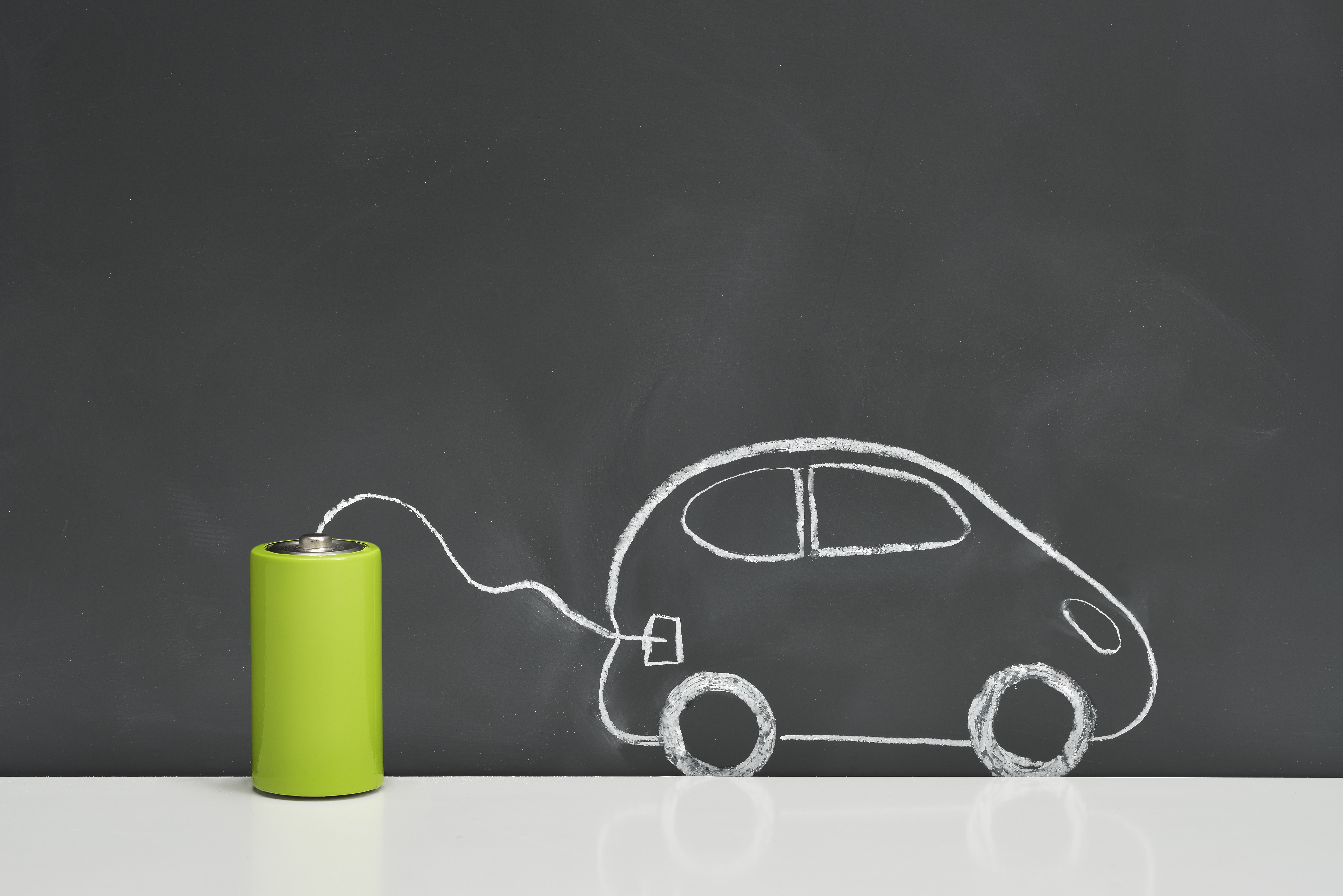 Electric cars and trucks seem to have everything going for them: They don’t produce tailpipe emissions, they’re quieter than their fossil-fuel-powered counterparts and the underlying architecture allows for roomier and often sleeker designs.

But the humble lithium-ion battery powering these cars and trucks leads a difficult life. Irregular charging and discharge rates, intense temperatures and many partial charge cycles cause these batteries to degrade in the first five to eight years of use, and, eventually, they end up in a recycling facility.

Instead of sending batteries straight to recycling for raw material recovery — and leaving unrealized value on the table — startups and automakers are finding ways to reuse batteries as part of a small and growing market. 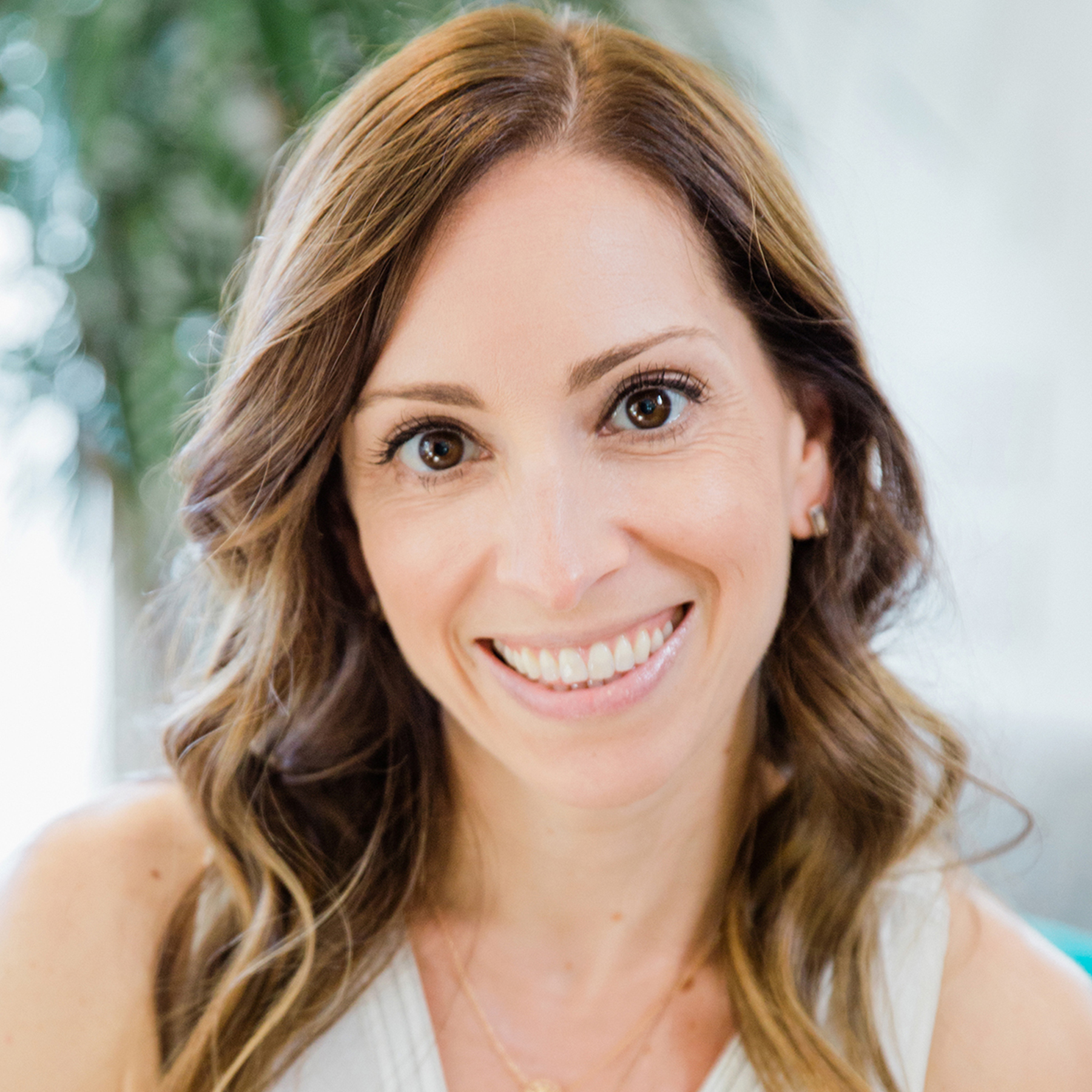 Fuel Capital General Partner Leah Solivan joined us at TechCrunch Early Stage 2021 to explain how to avoid early mistakes in building your startup.

Solivan has ample experience on both sides of the fence, as she founded TaskRabbit and led it to exit through an acquisition by Ikea in 2017. She shared a list of 10 things to avoid in total, but here are some highlights of what to watch out for. 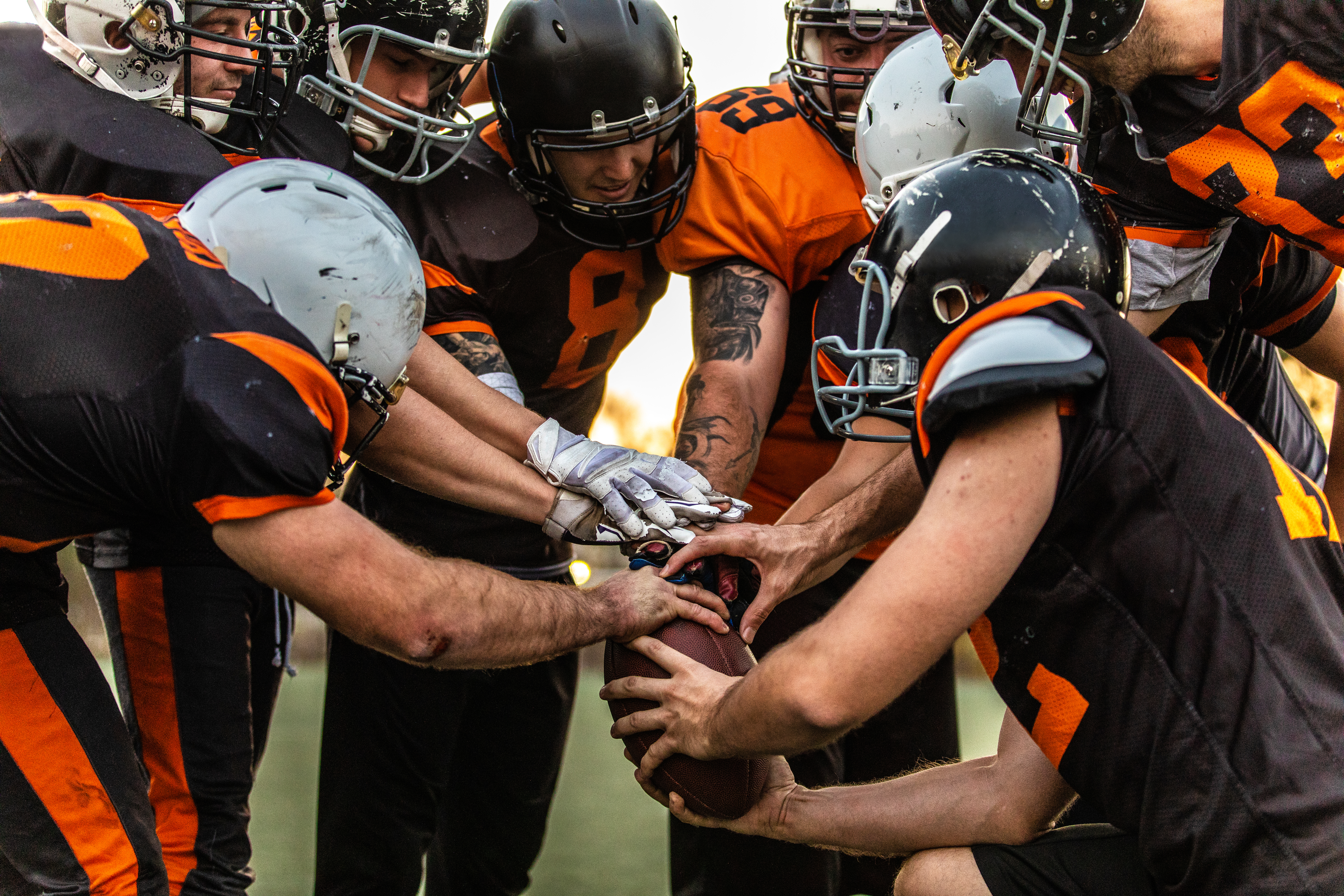 Eghosa Omoigui, the founder and managing general partner of EchoVC Partners, has helped entrepreneurs navigate the first steps of starting a company and laying the right foundation early on.

Omoigui advocates for founders to develop their own All-22 tape — a tool used by professional football coaches that allows the viewer to see all 22 players on the field at the same time. It improves a coach’s line of sight, and, most importantly, helps avoid missing a critical motion or player.

The concept of this tool can — and should — be applied in the startup world as well, Omoigui said during the virtual TC Early Stage event. He explained what it means to have an All-22 tape and the steps founders should take to develop a skill set that will allow them to see and understand the playbook from all sides. 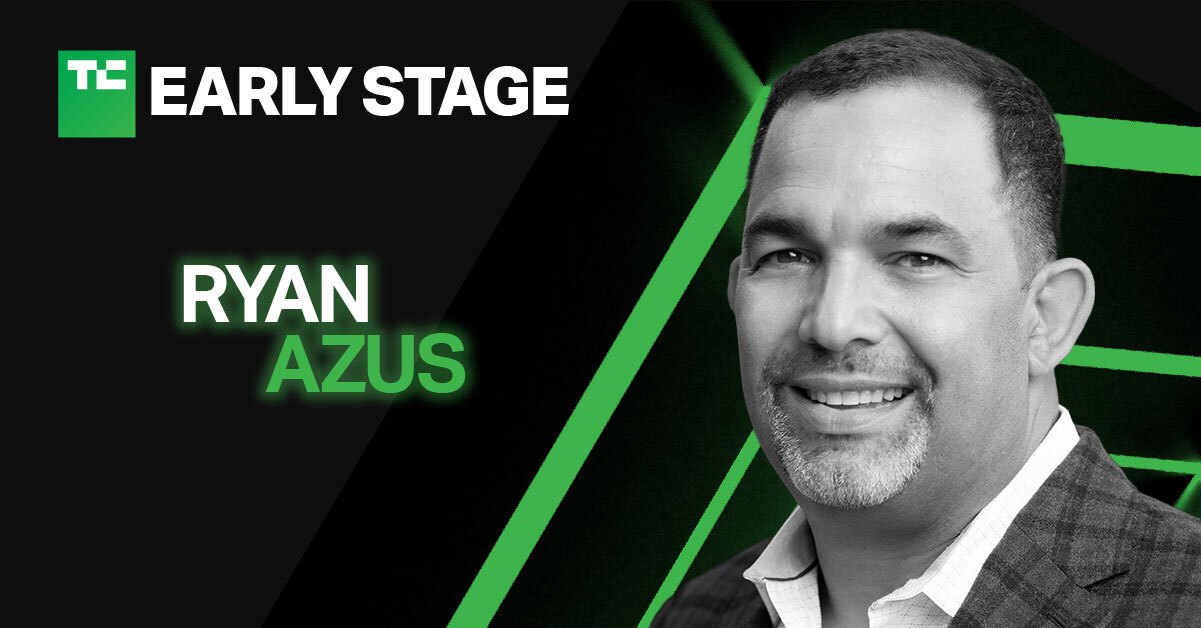 Azus is perhaps best known for leading the video-calling giant’s income arm during COVID-19, but his experience building RingCentral’s North American sales organization from the ground up made him the perfect guest to chat with about building an early-stage sales team.

We asked him about when founders should step aside from leading their startup’s sales org, how to build a working sales culture, hiring diversely, how to pick customer segments and how to build a playbook. 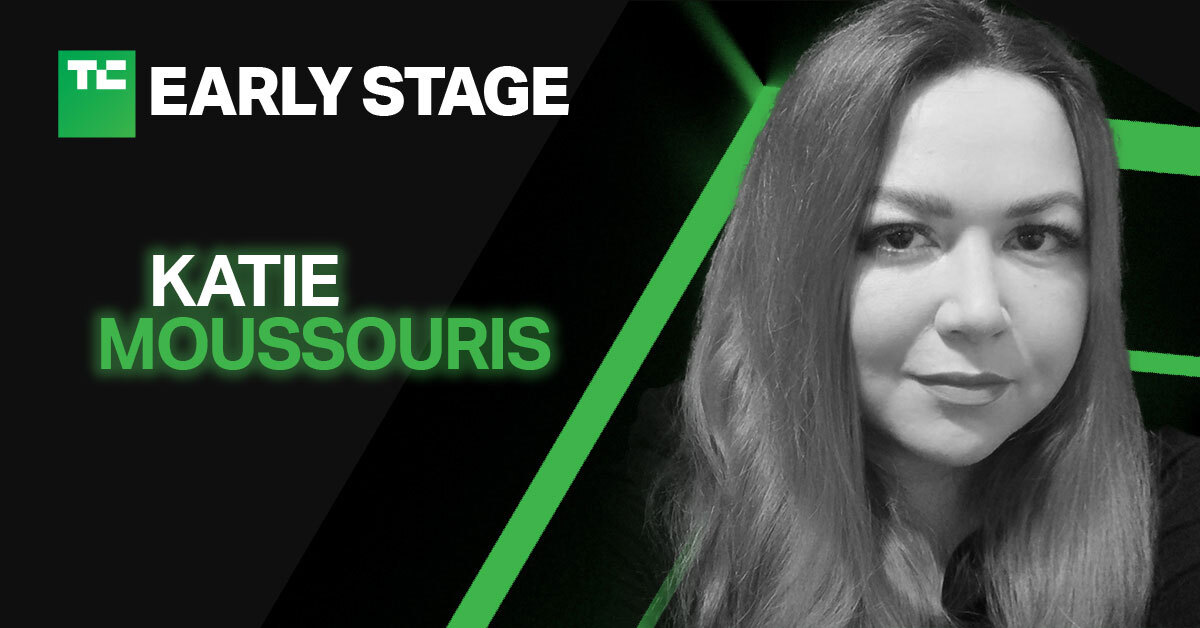 Katie Moussouris has been in cybersecurity circles since some of the world’s biggest tech companies were startups, and helped to set up the first vulnerability disclosure and bug bounty programs.

Moussouris, who runs consultancy firm Luta Security, now advises companies and governments on how to talk to hackers and what they need to do to build and improve their vulnerability disclosure programs.

At TC Early Stage, Moussouris explained what startups should (and shouldn’t) do, and what priorities should come first.

Start your engines, TechCrunch is (virtually) headed to Detroit 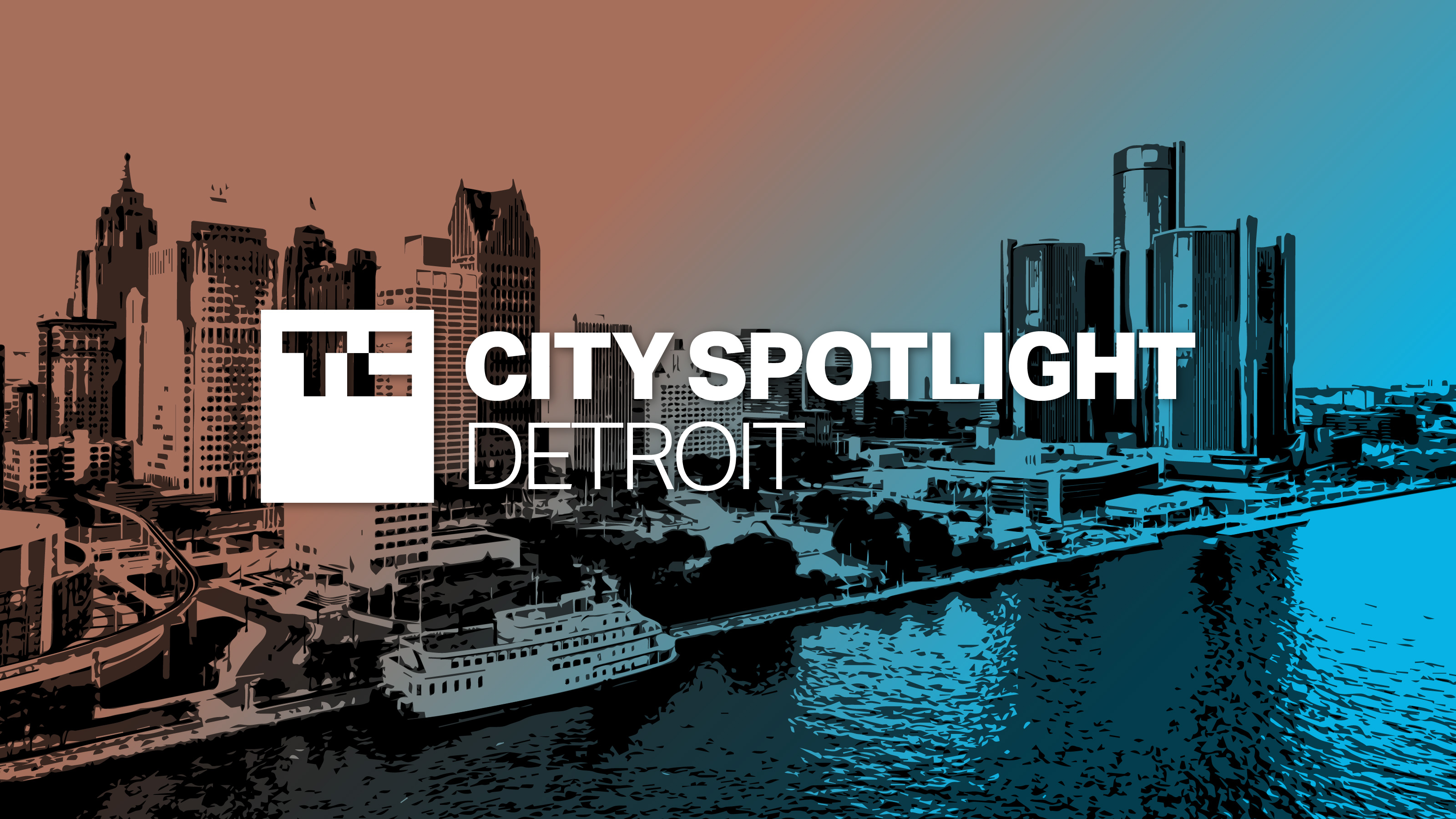 Join us on our next (virtual) field trip to Southeast Michigan. All lights will be shining on the Motor City.

Why Detroit? This is where StockX and Rivian call home, along with a growing stable of medical technology companies, fintech startups and security companies. The area is quickly transforming thanks to active investors, low cost of living and access to amazing universities that have a long history of supporting entrepreneurs.

If you’re interested in what’s happening in Detroit in general, are seeking out a new up-and-coming city to live in, or looking for cool companies and talented founders to invest in, then you’ll want to register and drop Thursday, April 15, on your calendar.

Start your engines, TechCrunch is (virtually) headed to Detroit

How to get into a startup accelerator 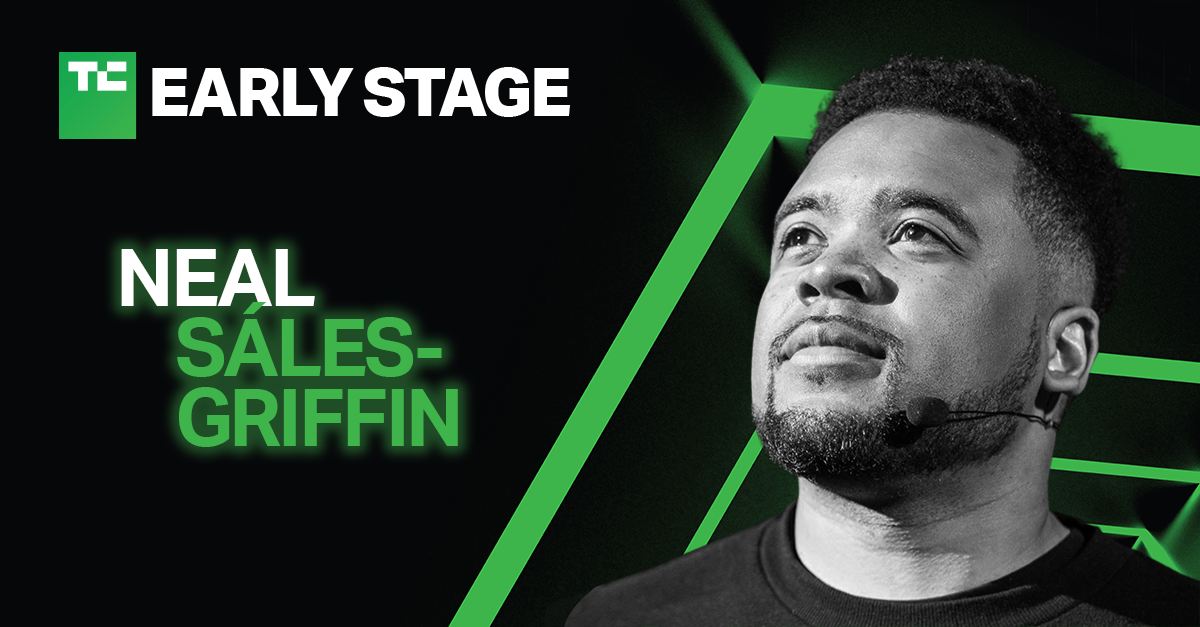 Should you try to get your company into an accelerator? How far along should your idea and your team be before applying? When it is time to apply, how do you make your application stand out from hundreds or thousands of others? How fancy do you need to get with the application video?

For answers, we spoke with Neal Sáles-Griffin, managing director of Techstars Chicago and an adjunct professor at Northwestern University. He’s got an incredible wealth of knowledge about all things startups. 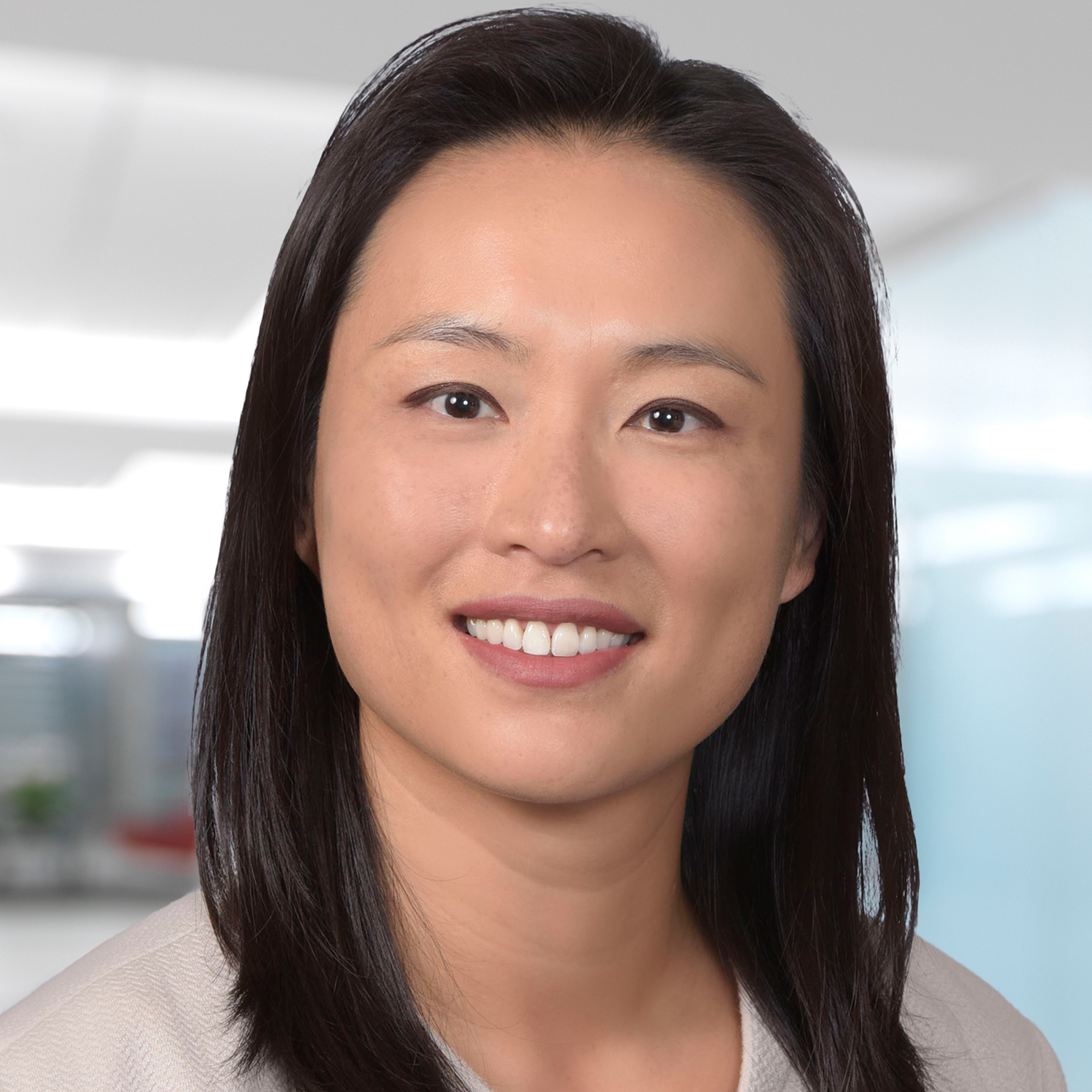 Fenwick & West partner (and business lawyer) Dawn Belt joined us at TechCrunch Early Stage to break down some of the terms that trip up first-time entrepreneurs.

Belt has been involved in a number of key Silicon Valley moves, including EV company Proterra’s recent decision to go public via SPAC, as well as IPOs for Bill.com and Facebook. Here, she discusses key concepts like equity and the right of first refusal, and the role they play in the early stages of startup funding.

Bootstrapping, managing product-led growth and knowing when to fundraise 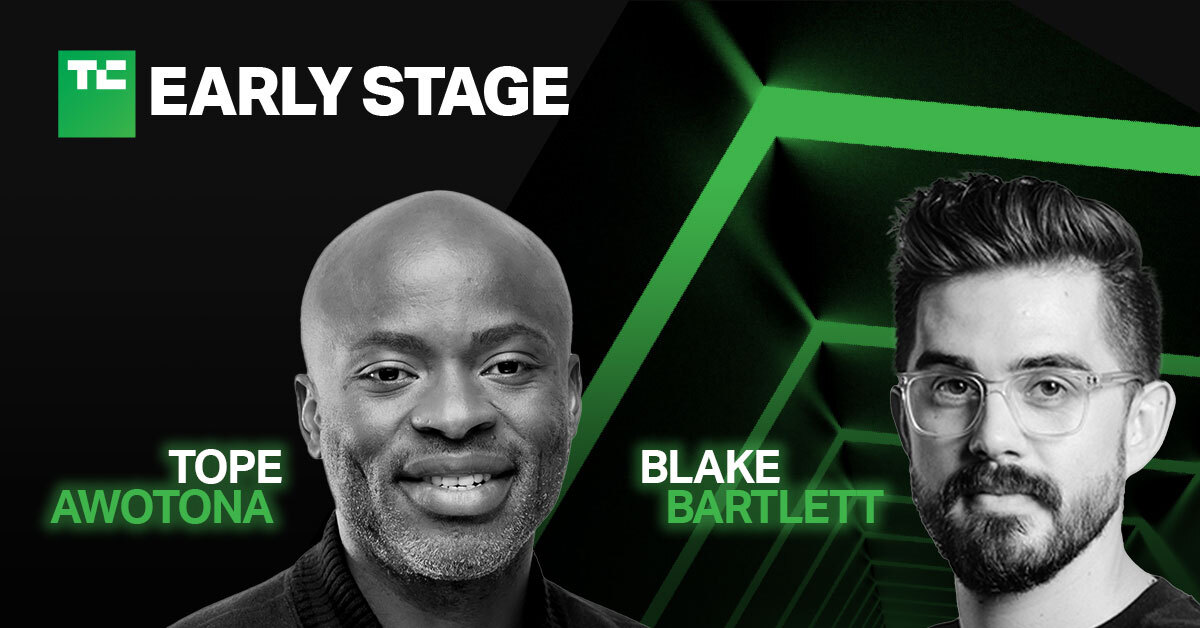 Product-led growth is all the rage in the Valley these days, and we had two leading thinkers discuss how to incorporate it into a startup at TechCrunch Early Stage 2021.

Tope Awotona is the CEO and founder of Calendly, which bootstrapped for much of its existence before raising $350 million at a $3 billion valuation from OpenView and Iconiq. And on the other side of that table (and this interview) sat Blake Bartlett, a partner at OpenView who has been leading enterprise deals based around the principles of efficient growth.

The two talked about bootstrapping and product-led growth, expanding internationally, when to bootstrap and when to fundraise, and how VCs approach a profitable company (carefully, and with a big stick). Oh, and how to spend $350 million.

Bootstrapping, managing product-led growth and knowing when to fundraise

Four strategies for getting attention from investors 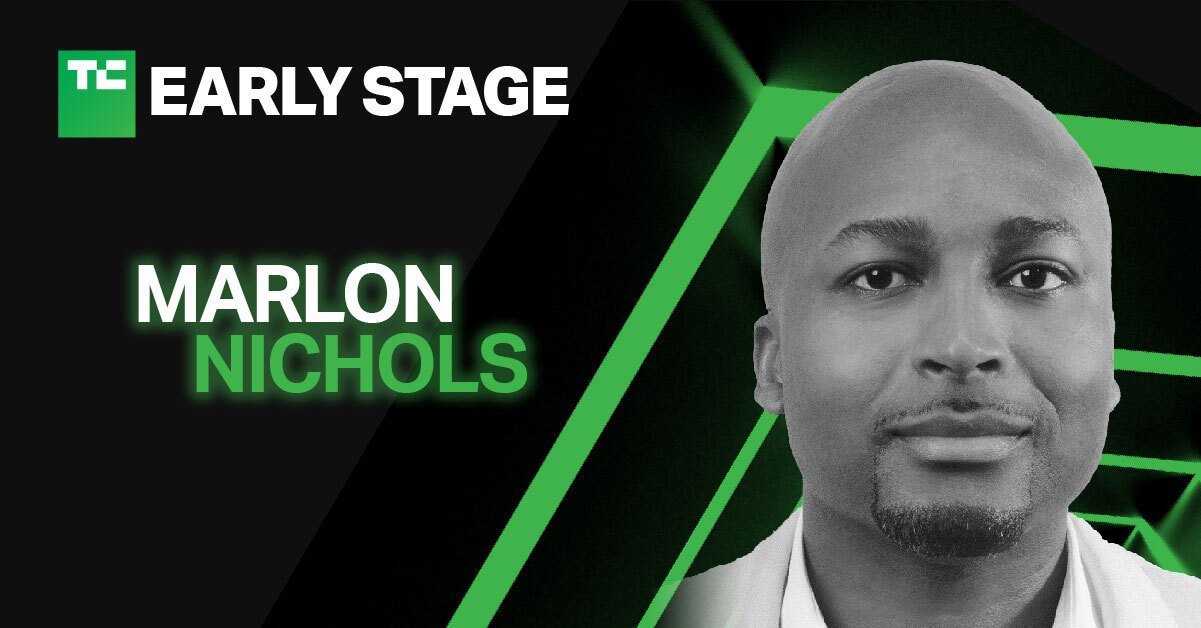 Nichols joined us on TechCrunch Early Stage to discuss his strategies for early-stage investing and how those lessons can translate into a successful launch for budding entrepreneurs.

Four strategies for getting attention from investors

Setting up a management board for success with Dave Easton 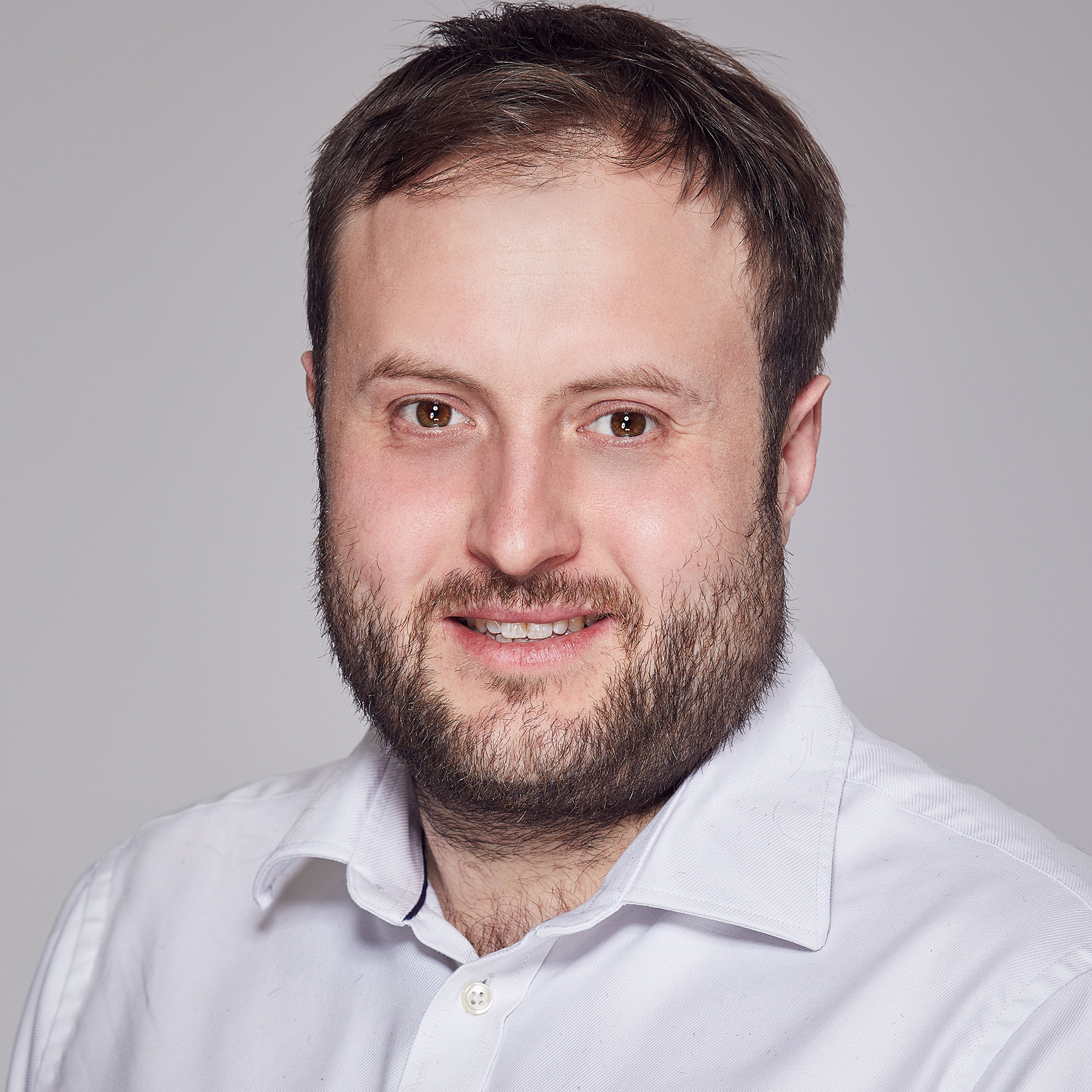 Viewed from the outside, board selection and corporate governance can seem like a bit of a black box — particularly at a startup.

Generation Investment Management partner Dave Easton spoke at TechCrunch Early Stage about how to build a board as a founder, and, specifically, how to build a board you can live with. Easton’s experience serving on boards as both a full member and as an observer helped peel back the curtain on the murky topic of good governance.

Setting up a management board for success with Dave Easton 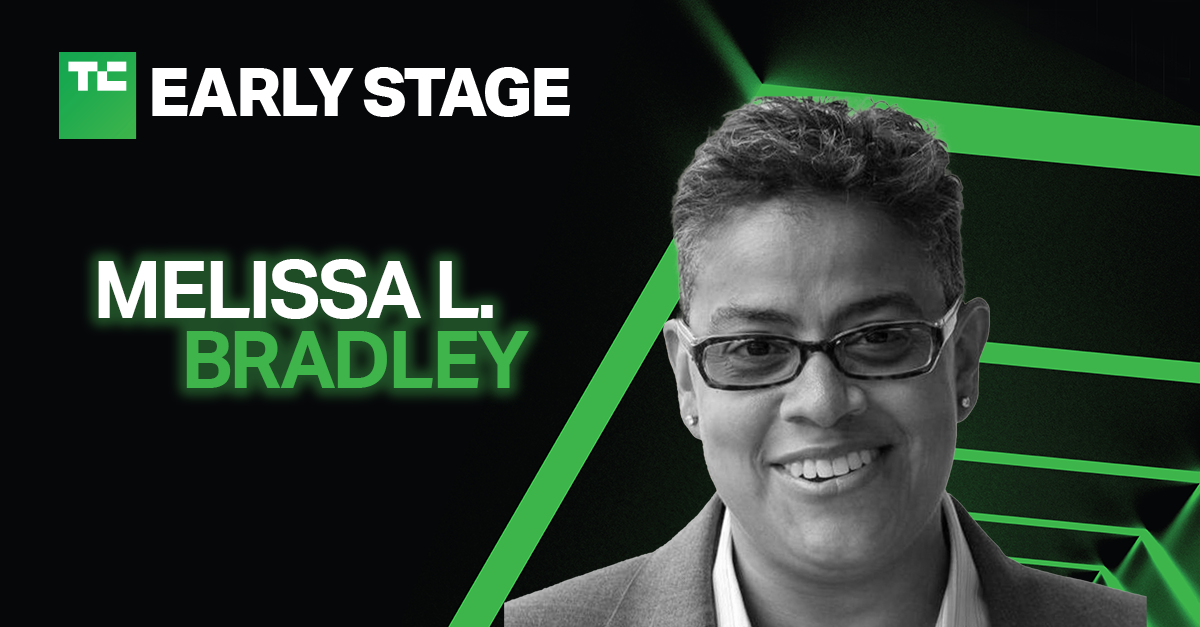 Zoom-based pitch meetings became standard during the pandemic, but many investors say they intend to maintain the practice as more people are vaccinated.

In conversation with Jordan Crook, founder, investor, and business school professor Melissa Bradley offered pointers for how founders can prepare for Zoom calls, common pitfalls to avoid, and how to allocate time during the meeting.