Hiro Capital has gradually been making a name for itself as an investor in the area know as “Digital Sports” or DSports for short. It’s now led a $2.3 million funding round in PlayerData. While the round might sound small, the area it’s going into is large and growing. Also investing in the round is Sir Terry Leahy, previously the CEO of Tesco, the largest British retailer.

Edinburgh, U.K.-based PlayerData uses wearable technology and software tracking to give grass-roots and professional sports teams feedback on their training. It can, for instance, allow coaches to replay key moments from a game, even modeling different outcomes based on player positioning.

This is Hiro Capital’s fourth DSports and “connected fitness” investment, and it joins Zwift, FitXR and NURVV. Hiro has also invested in eight games startups in the U.K., U.S. and Europe, as befits the heritage of co-founder and partner Ian Livingstone, OBE, CBE, who is the former chairman of Tomb Raider publisher Eidos plc and all-round gaming pioneer.

PlayerData says it has captured more than 10,000 team sessions across U.K. soccer and rugby, and logged over 50 million meters of play. It also has strong network effects, it says. Every time a new team encounters one using Playerdata’s platform, it generates five more clubs as users.

Roy Hotrabhvanon is co-founder and CEO of PlayerData, and is a former international-level archer. He’s joined by Hayden Ball, co-founder and CTO, a firmware and cloud infrastructure expert. 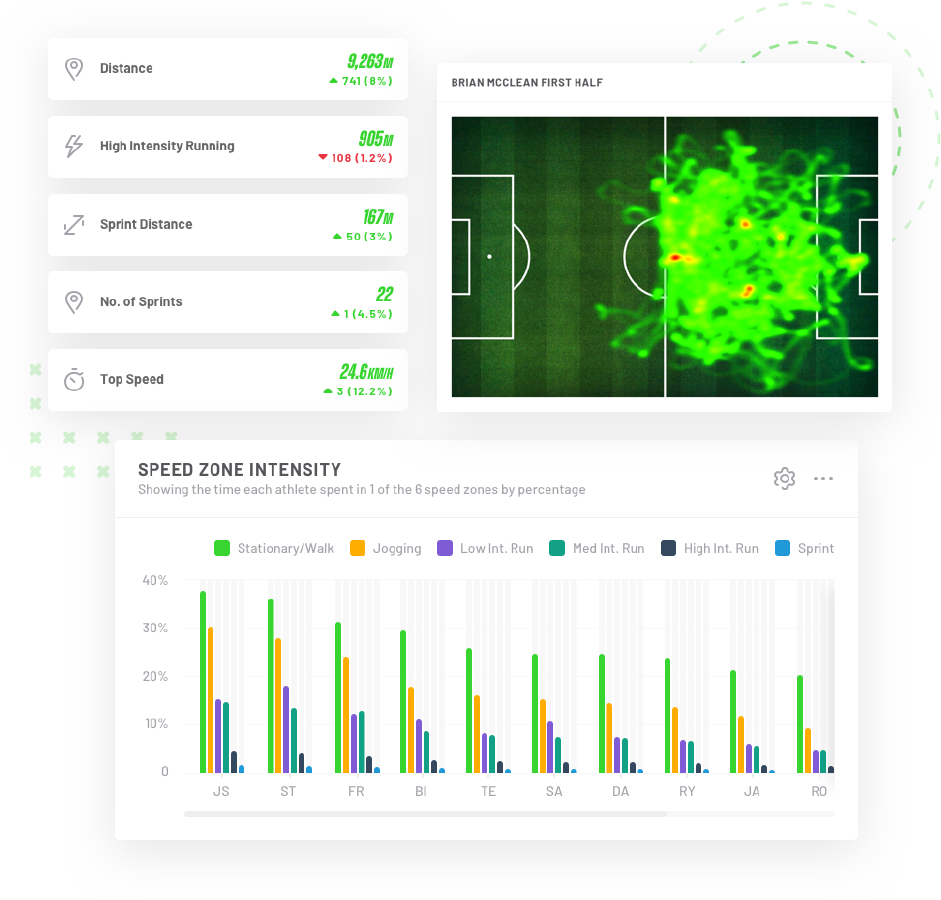 In a statement Hotrabhvanon said: “Our mission is to bring fine-grained data and insight to clubs across team sports, helping them supercharge their game-making, improve player performance, and avoid injury… Our ultimate goal is to implement cutting-edge insights from pioneering wearables that are applicable to any team in any discipline at any level.”

The PlayerData news forms part of a wider growth in digital sports, which includes such breakout names as Peloton, Tonal, Mirror and Hiro’s portfolio investment, Zwift. With the pandemic putting an emphasis on both home workouts and general health, the fascination with digital measurement of performance now has a growing grip on the sector.

Speaking to TechCrunch, Freeman added: “We think there are something like 3 million teams that are potential customers for PlayerData. Obviously the number of runners is enormous, and they only need to get a small slice of that market to have a very, very large business. At the end of the day everyone, everyone works out, even if you just go for a walk, so the target market’s huge and they started with running but their technology is applicable to a whole raft of other sports.”