The firm first announced its fund in 2018, when it closed an initial $35 million (which subsequently increased to $41 million) in hopes to close at $70 million, per Menabytes. The investors in the first tranche included CDC (which forked over $12 million), European Investment Bank, Proparco and the Dutch Good Growth Fund.

Ahmed El Alfi, Hany Al-Sonbaty and Wael Amin launched Sawari Ventures in 2010. Before venturing into the world of venture capital, El Alfi and Al-Sonbaty were investment professionals in the Egyptian tech space for more than two decades. Amin, meanwhile, was a founder of a tech company called ITWorx that made notable acquisitions in the Egyptian tech ecosystem.

In addition to Egypt, Sawari Ventures focuses on Morocco and Tunisia. For the firm, these three countries represent one of the best investment opportunities around, given the mismatch between the capital available (amounts and variation at every stage) and the market opportunity. They also share common traits such as language, culture, business, governance norms and market dynamics, making it easier for cross-border cooperation.

Since launching the firm more than 10 years ago, Sawari claims to have invested in more than 30 companies, mostly in Egypt. Some of these companies include ride-hailing service SWVL, software startup Instabug and AI chat-based personal assistant Elves, but its sweet spots are the hardware, education, healthcare, cleantech and fintech sectors.

“We try to cast a wide net given that, in essence, this is a transformative moment in emerging markets tech with the rapid digitization of the underlying economy,” a company spokesperson told TechCrunch. “So as expected, we’re seeing a great deal of flow in the digitization of financial services, healthcare and education technologies. Also, given the engineering talent, there are unique opportunities in SaaS products, semiconductors and IoT.”

Sawari Ventures invests in growth-stage companies, in particular. But it also operates Flat6Labs, a seed VC firm akin to an accelerator that has been used to perform its seed investments since establishing both Cairo and Tunis offices in 2011 and 2016. 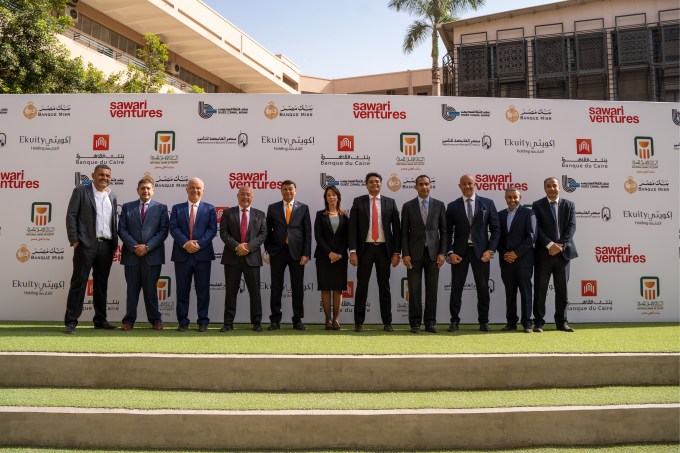 The investment range is a continuation of how Sawari typically cut checks for portfolio startups since closing the first tranche three years ago. The firm said it has invested between $1 million and $4 million in Elves, Brantu, ExpandCart, Almentor, SWVL and MoneyFellows, among others.

“The Egypt-based fund is a privately held fund regulated by the Financial Regulatory Authority of Egypt (FRA), which allowed us to attract capital from top-tier local financial institutions to co-invest with foreign capital from international development financial institutions, doubling our allocation to invest in Egyptian high-growth companies to $68 million,” El Alfi said in a statement.

“Our aim is to create exceptional returns through investing in knowledge-driven companies, which have the potential of bringing transformational changes to the Egyptian economy. The fund will support local companies with dedicated capital, in addition to quality expertise from our seasoned and specialized team, and the value-add of our investors.”