LG said on Monday it will close its loss-making mobile phone business worldwide as the once pioneer brand looks to focus its resources in “growth areas” such as electric vehicle components, connected devices, smart homes, robotics, AI and B2B solutions, and platforms and services.

The South Korean firm said in a statement that its board of directors approved the decision today. The unsurprising move follows the company’s statement from January when it said it was reviewing the direction of its smartphone business.

LG, which maintained the No. 3 spot in the smartphone market in the U.S. for a long time, said it will continue to sell handsets until the inventory lasts and will provide software support for existing lineup of smartphones for a certain period of time that would vary by region. 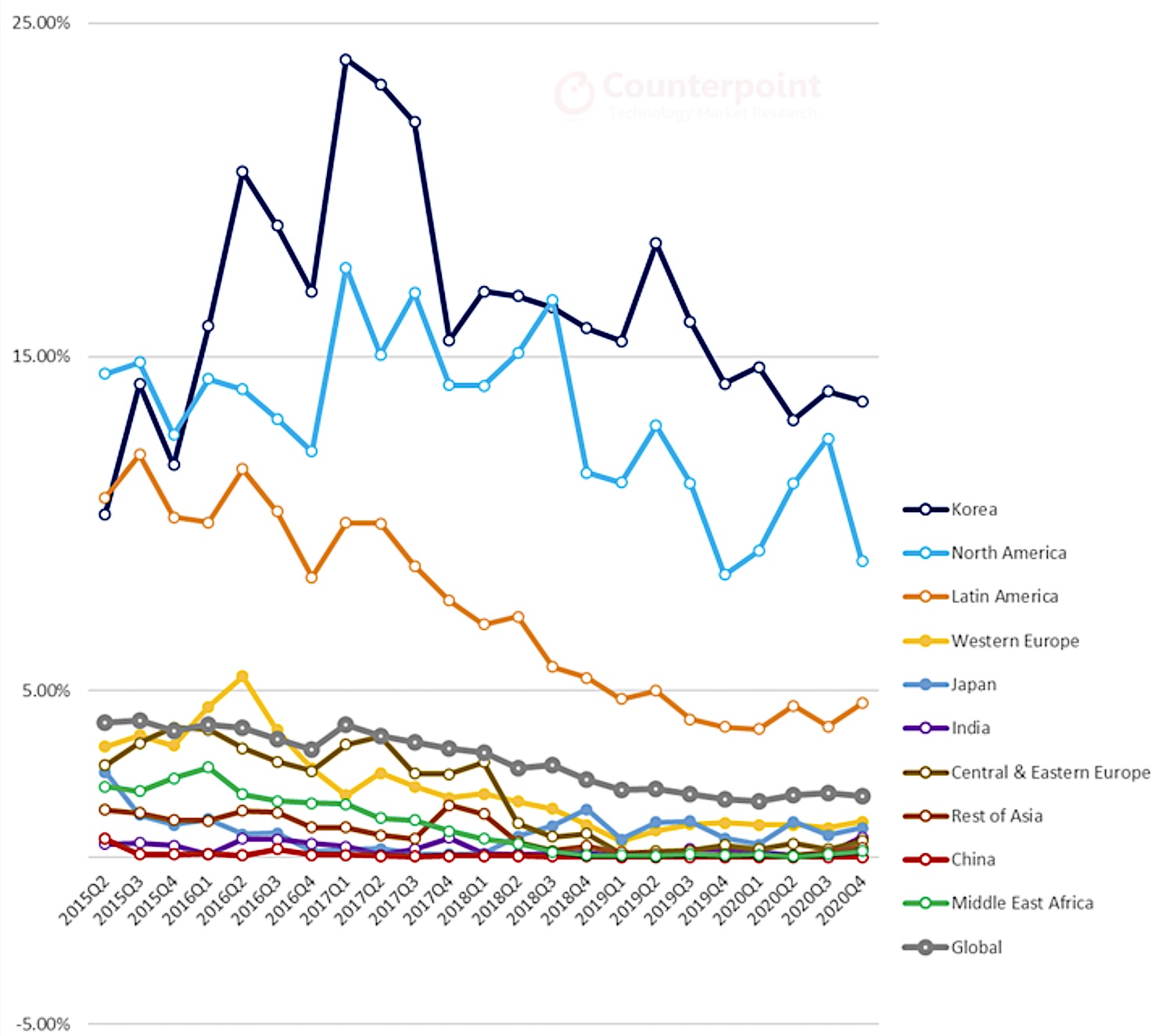 The company said the status of its employees of phone business will be determined at the local level. In January, reports emerged that said LG was looking to sell its smartphone business. In the same month, the company said it would launch a rollable phone this year. But it appears all the efforts to keep the business stay afloat failed.

“Moving forward, LG will continue to leverage its mobile expertise and develop mobility-related technologies such as 6G to help further strengthen competitiveness in other business areas. Core technologies developed during the two decades of LG’s mobile business operations will also be retained and applied to existing and future products,” it said in a statement.

The poor financial performance of LG’s smartphone business has been public information for several years. Like countless other Android smartphone vendors, LG has struggled to turn things around.

LG focused on midrange and high-end smartphones, two segments of the market that have become increasingly competitive in the past decade thanks to the rise of Chinese phonemakers such as Huawei, Xiaomi, OnePlus, Oppo and Vivo that are launching better value-for-money models every few months. (Once a rival, HTC has been struggling, too.)

“LG was too much dependent on two markets: Korea (KR) and North America (NA),” said Neil Shah, partner at research firm Counterpoint. “One thing that has helped LG stay afloat for so many years is their vertical integration. They are a ‘mini-Samsung,'” he said, pointing to LG Display (displays), LG Chem (batteries), LG Innotek (camera, IoT/auto modules), Silicon Works (semi) and LG Electronics (consumer goods).