Ugandan technology-enabled asset finance company Tugende today announced that it has closed $3.6 million in a Series A extension round.

The investment, which, according to the company, was agreed on and structured in 2020, follows the $6.3 million raised in November 2020 and led by Toyota Tsusho investment fund Mobility 54. This brings Tugende’s total Series A financing to $9.9 million.

While primarily based in East Africa, the company wants to tackle the $331 billion credit gap facing these businesses across Africa. Its core product is for motorcycle riders in Kenya and Uganda, with a lease-to-own or hire-purchase package. These riders get some training, medical and life insurance, safety equipment and hands-on support from their first use of the motorcycle to owning it.

Between 2006 and 2010, CEO Wilkerson, then a journalist and researcher, spent a great deal of time using motorcycles (Boda bodas) for quick and flexible transport. It was such an effective means for transport for him that he built a large contact list of “go-to” boda boda riders he would call for rides when need be. This was long before ride-hailing made its way to East Africa. 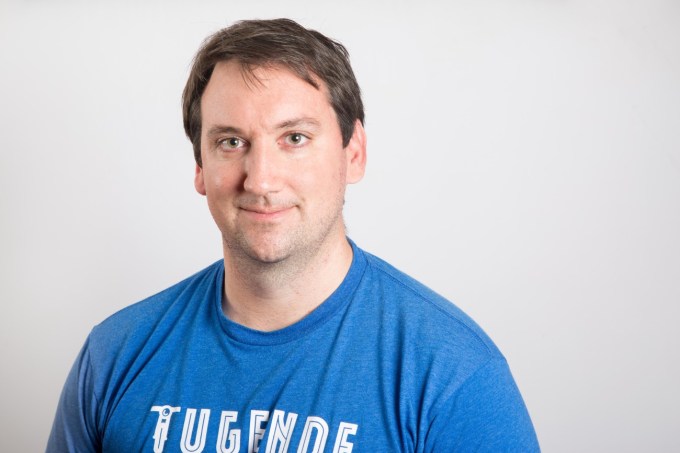 These boda boda riders earned enough to pay motorcycle rent and survive, but not enough to build significant savings. While the little amounts they paid for rent could actually service a loan, traditional banks either required significant collateral or very high down payments.

So in 2010, Wilkerson launched Own Your Own Boda, a for-profit enterprise to put these riders on a path toward owning their motorcycles. They began informally with handwritten contracts, but progressed into using technology to scale the solution from 2013 when it rebranded to Tugende.

Once boda boda riders get on board, they can double their take-home profit from $5 per day to $10 per day after becoming owners, the CEO claims.

“With an average household of five people, this can really transform the lives of our client and their families. Besides just increased daily profit, ownership of an asset is also wealth in itself,” Wilkerson told TechCrunch. “Some clients sell the fully owned motorcycle and use that lump sum of capital to make other investments while coming back to Tugende for a new lease, which is affordable from their daily cash flow.”

In addition to motorcycle taxis, Tugende has broadened the productive assets it finances to boat engines, cars, equipment for retail shops, refrigerators and other income-generating equipment. The company is also currently piloting financing for e-mobility assets.

The pivot to using technology in 2013 allowed Tugende to move fully to digital payments, build its own interoperable payment gateway in 2017 and launch an in-house credit score in 2019 to allow clients to see how they are performing.

Talking about clients, Tugende currently has more than 43,000 across Kenya and Uganda. Out of that number, 16,000 have achieved full ownership of at least one asset.

Last year was a challenging one for the company, as the pandemic disrupted some of its activities; excluding 2020, Tugende has doubled in team size year-on-year. The company currently has more than 520 employees, with 20 branches in Uganda and four in Kenya.

While the pandemic presented challenges that the company has since maneuvered, it also brought a new investor in Partech. “Last year, in the middle of the pandemic, we decided to invest in Tugende”, said Tidjane Deme, partner at the firm that invested in 82 startups across 24 countries in 2020. “Tugende combines technology and strong operations to aid millions of professionals to grow their businesses and drive economies forward. We will support Michael and his team to build up the tech platform, fine-tune the model and expand in new markets.”

Over the years, Tugende’s demand has come mainly via word of mouth, a strategy Wilkerson says the company has struggled to keep up with. That’s the purpose of the new investment — to provide supply for growing demand. Also, the investment will support the closure of new debt capital to fuel Tugende’s strong portfolio growth in Uganda and Kenya.

Because of the nature of its business, Tugende needs a steady influx of debt capital. Since its inception, it has raised more than $20 million from debt partners like Partners Group Impact Investments and the U.S. Development Finance Corporation.

So why opt for equity financing this time when it mostly thrives on debt capital? Wilkerson says with the company’s long waiting list of new clients, Tugende has been trying to close new capital fast enough to keep up with this demand.

You see, most lenders require a minimum equity cushion, and even though Tugende has been net income positive for most of the last five years through 2019, its internally generated equity couldn’t anchor enough debt to meet its word of mouth client demand. Now, when you add the company’s goals to grow in new geographies and new asset products, the reason for this equity financing is apparently clear.

“Debt is Tugende’s fuel for growth. But good equity financing is like upgrading the engine, getting a top-notch mechanic and driving coach thrown in on top to help you handle the speed,” the CEO added.

There is also the need for balance sheet strength, leading to more capital runway with larger and better-priced debt deals. Besides, there is the multiplier effect of having hands-on equity support.

Unlike many digital or digitally-enabled lenders, Wilkerson says Tugende’s prime focus on long-term value, not today’s credit transaction alone, is what will keep customers in the Tugende ecosystem in the coming years.

“We are particularly enthused by the team’s innovative application of technology, which incorporates a range of social considerations to build a new type of credit score, and which will increase access to capital across a range of African markets where entrepreneurs currently have a limited credit history or access to collateral,” added Mike Mompi, partner at Enza Capital of the investment.