Fitness is about resistance — running against the wind, firing up muscles against the dead gravity of weights, fortifying the mind against that nagging feeling that a park bench and a scoop of ice cream would probably be just a bit more enjoyable.

For Tonal, resistance isn’t just a value proposition, it’s the very ingredient that conditioned this startup to become one of the darlings of the fitness tech world.

For Tonal, resistance isn’t just a value proposition, it’s the very ingredient that conditioned this startup to become one of the darlings of the fitness tech world.

The numbers speak for themselves. The company has raised about $200 million to date from venture capitalists and is becoming a household name with a $2,995 wall-mounted device that employs a digital weight system that can emulate various traditional gym stations. Since Tonal launched in August 2018, the company has carved out a reputation among fitness enthusiasts seeking a strength-training solution at home that saves on space without compromising serious weight-lifting capabilities.

As at-home fitness sales have boomed during the pandemic, Tonal equipment has been one of the beneficiaries, seeing its sales surge 800% from December 2019 to December 2020. The company also announced a partnership with Nordstrom this month which will place 50-square-foot sales stations in the women’s activewear department of at least 40 Nordstrom stores across America, bringing the total number of Tonal physical locations to 60 by the end of 2021.

Like all great athletes though, Tonal’s visible victories belie its massive exertion against the resistance of the world to innovation. Aly Orady, the company’s founder and CEO, had to overcome his own burnout and weight gain while kindling the energy to strike his own path. The company that would become Tonal had to fight through multiple VC rounds of skeptical investors ready to say that two-letter word that stops all progress.

It’s that resistance and its ability to overcome barriers that makes understanding Tonal’s story so compelling.

A founder lifting the weight of the past

The morning after Christmas in 2013, Orady woke up feeling downright abysmal. Over the past 17 years or so, he had toiled as an engineer at companies like Samsung, Sun Microsystems, HP and three enterprise startups, work that had taken a heavy toll on him. His corporate exertions had left behind a slew of health problems; he had become grossly overweight and had developed Type II diabetes and sleep apnea.

“It felt like I was heading toward this point of no return, and I just wasn’t going to be able to reclaim my health if I didn’t do something about it,” he recalls.

The only viable path Orady saw to fixing the situation was a major lifestyle change. A few days later after the holidays, he dialed back his hours as a full-time consultant for Samsung’s TV and display division — a role that meant frequent trips to Korea — and embarked on an ambitious workout plan involving four hours of exercise a day six days a week, usually split between mornings and evening, plus intermittent fasting two days a week.

Many mornings, Orady woke up at 6 a.m. and drove to a Gold’s Gym in San Francisco, where he initially hit the elliptical and also went for outdoor bike rides. He scoured the internet and read books about strength training, and the more he worked out, the more he integrated strength training into his six-days-a-week workout schedule until strength training became the core of his routine. Over the course of nine months in 2014, Orady lost a whopping 70 pounds, all while winding down his consulting work with Samsung. 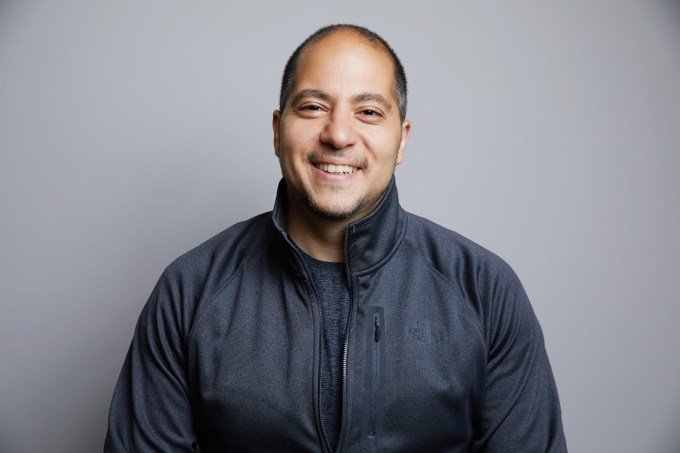 Yet, although he’d already made significant progress getting in shape — and the results truly spoke for themselves — Orady loathed trekking to the gym each day and wished he could do the same workout at home. Perched on a gym bench one day in March 2015, Orady found himself staring at a cable crossover machine, a 5 foot by 3 foot by 7 foot gym mainstay that lets users perform various exercises with removable weight plates.

That was his cue. That same month, Orady founded RiptLabs, a name he would later change to the simpler and catchier moniker, Tonal.

The many reps of product iteration

The same day Orady observed that cable crossover machine, he began brainstorming ways he could bring weight stations into the home while cutting out most of the bulk. Traditional gym stations often use large, unwieldy weight plates to offer enough resistance for strength training. But what if, Orady thought, he could devise a product that swapped out those big metal plates for something smaller and more compact and bundled that technology with intelligent software that tracked a user’s workout?

“I bet if we could make electromagnetics work, it would be completely revolutionary,” says Orady. “It already is the technology that spins the motors in electric cars, propels high-speed trains … but no one had ever used it for this, and the questions started swirling in my head of whether we could use electromagnetics to make a device feel like a real weight machine.” Having received a bachelor’s degree in computer engineering from McMaster University, Orady had studied the theory of electromagnetics, but he had never actually developed electromagnetic devices in his prior work.

Orady ordered a number of parts online to build his first prototype, a rudimentary device strapped to a wooden workbench in his home that had a cable you pulled back and forth. But those first two versions of “digital weights” didn’t work very well — there was too much friction when pulling the cables and not enough magnets to replicate a wide range of weight like traditional gym equipment. The first version contained one magnet and a usable range of 25-40 pounds, while the second prototype used dozens of magnets, which allowed the resistance to be generated by the magnets themselves and not as much from the cables.

After two more iterations, he had managed to create his own kind of electromagnetic technology that created resistance comparable to weights. By then, the prototype had reached a point where he felt the device replicated the feeling of doing some weight station movements like single-arm cable rows and bicep curls.

A marathon of investor meetings

Parallel to working on the prototype that would one day become Tonal, the RiptLabs founder started an arduous nine-month process of pitching investors. Orady was an enterprise guy with an enterprise rolodex, having worked at three enterprise infrastructure startups and also serving as an advisor at Mayfield Fund for six months in 2013. He pitched his vision of a compact at-home strength-training product, but investors simply scoffed at the idea.