Over the last three sections of this EC-1, we’ve seen the genesis of Tonal, transforming from a series of prototypes in the mind of CEO and founder Aly Orady into a unique strength-training entrant in the luxury at-home fitness market. We’ve also seen how the company extensively alpha and beta tested its device, designed a launch and marketing strategy, and also cultivated a nascent community to hone the company’s products while engaging customers.

While the market is huge and the competitors are hungry, Tonal’s success pivots exclusively on whether the device itself is worth its quite prohibitive price.

Yet, with Peloton such a dominant force in this market and multiple other fitness upstarts targeting the same affluent customer, there’s a natural question to be asked: Why should any customer ultimately spend upward of $3,000 on a base Tonal device? The answer to that question will determine Tonal’s eventual success, and that’s the theme we will explore in this fourth and final part of the EC-1 as we consider the competitive landscape of this white-hot market.

While the market is huge and the competitors are hungry, Tonal’s success pivots exclusively on whether the device itself is worth its quite prohibitive price. For me, using Tonal has been largely a positive experience, although it’s worth noting I received my Tonal loaner device within 14 days, far faster than the 10-12 week timeline that many customers have experienced in the pandemic-induced surge. The startup works with a third-party delivery service, which reminds the user the day before via email and also calls 30 minutes ahead of arrival. 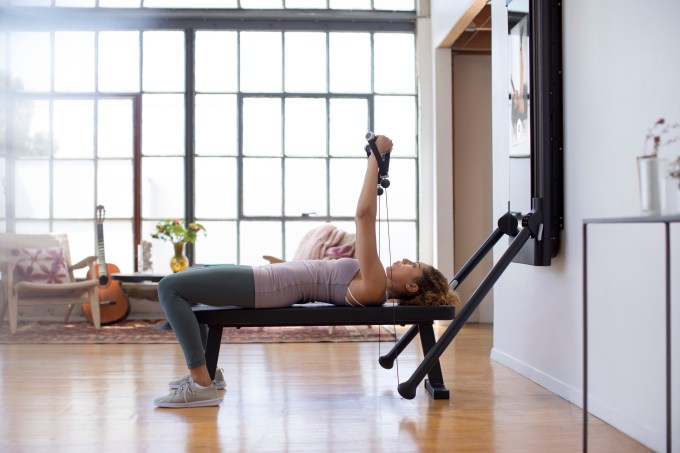 Compact as the Tonal device is compared to gym weight stations, it was still a squeeze finding a spot in my crowded 900-square-foot apartment, and using it still requires me to move some dining chairs around to make space for my workout. While this probably won’t be an issue for many Tonal owners who live in larger homes (particularly in the suburbs), I suspect city dwellers may encounter similar challenges as I did.