Medical and biotech had a strong showing at Y Combinator’s latest demo day, with nearly a dozen companies in the space catching my eye. The things a startup can accomplish in this space are astonishing these days, so don’t be surprised if a few of these companies are headline news in the next year.

Atom Bioworks has one of the shortest timelines and highest potential impacts; as I wrote in our second set of favorites from demo day, the company seems to be fairly close to one of the Holy Grails of biochemistry, a programmable DNA machine. These tools can essentially “code” a molecule so that it reliably sticks to a specific substance or cell type, which allows a variety of follow-up actions to be taken.

For instance, a DNA machine could lock onto COVID-19 viruses and then release a chemical signal indicating infection before killing the virus. The same principle applies to a cancer cell. Or a bacterium. You get the picture.

Atom’s founders have published the details of their techniques in Nature Chemistry, and the company says it’s working on a COVID-19 test as well as therapies for the virus and other conditions. It expects sales in the nine-figure range.

Another company along these lines is LiliumX. This company is going after “biospecific antibodies,” which are kind of like prefab DNA machines. Our own antibodies learn to target various pathogens, waste and other items the body doesn’t want, and customized, injected antibodies can do the same for cancer cells.

LiliumX is taking the algorithmic approach to generating potential antibody structures that could be effective, as many AI-informed biotech companies have before it. But the company is also using a robotic testing setup to thin the herd and get in vitro results for its more promising candidates. Going beyond lead generation is a difficult step, but one that makes the company that much more valuable.

Entelexo is one step further down the line, having committed to developing a promising class of therapeutics called exosomes that could help treat autoimmune diseases. These tiny vesicles (think packages for inter-cell commerce) can carry all kinds of materials, including customized mRNA that can modify another cell’s behavior.

Modifying cell behavior systematically could help mitigate conditions like multiple sclerosis, though the company did not elaborate on the exact mechanism — probably not something that can be explained in less than a minute. They’re already into animal testing, which is surprising for a startup.

One step further, at least mechanically, is Nuntius Therapeutics, which is working on ways to deliver cell-specific (i.e. to skeletal muscle, kidney cells, etc.) DNA, RNA and CRISPR-based therapies. This is an issue for cutting-edge treatments: while they can be sure of taking the correct action once in contact with the target cell type, they can’t be sure that the therapeutic agent will ever reach those cells. Like ambulance drivers without an address, they can’t do their jobs if they can’t get there.

Nuntius claims to have created a reliable way to deliver genetic therapy payloads to a variety of target cells, beyond what major pharma companies like Moderna have accomplished. The company also develops and licenses its own drugs, so it’s practically a one-stop shop for genetic therapies if its techniques pan out for human use.

Beyond providing therapeutics, there is the evolving field of artificial organs. These are still highly experimental, partly due to the risk of rejection even when using biocompatible materials. Trestle Biotherapeutics is taking on a specific problem — kidney failure — with implantable lab-grown kidney tissue that can help get these patients off dialysis.

While the plan is to eventually create full kidney replacements, the truth is that for people with this condition, every week and month counts. Not only does it improve their chances of finding a donor or moving up the list, but regular dialysis is a horrible process by all accounts. Anything that reduces the need to rely on it would be welcomed by millions.

This Yale-Harvard tie-up comes from a team with quite a bit of experience in stem cell science and tissue engineering, including 3D printing human tissues — which no doubt is part of the approach.

Moving beyond actual techniques for fighting various conditions, the YC batch had quite a few dedicated to improving the process of researching and understanding those conditions and techniques.

Many industries rely on cloud-based document platforms like Google Docs for sharing and collaboration, but while copywriters and sales folks probably find the standard office suite sufficient, that’s not necessarily the case for scientists whose disciplines demand special documentation and formatting.

Curvenote is a shared document platform built with these folks in mind; it integrates with Jupyter, SaturnCloud and Sagemaker, supports lots of import and export options, integrates visualization plug-ins like Plotly, and versions through Git. Now you just have to convince the head of your department it’s worth paying for. 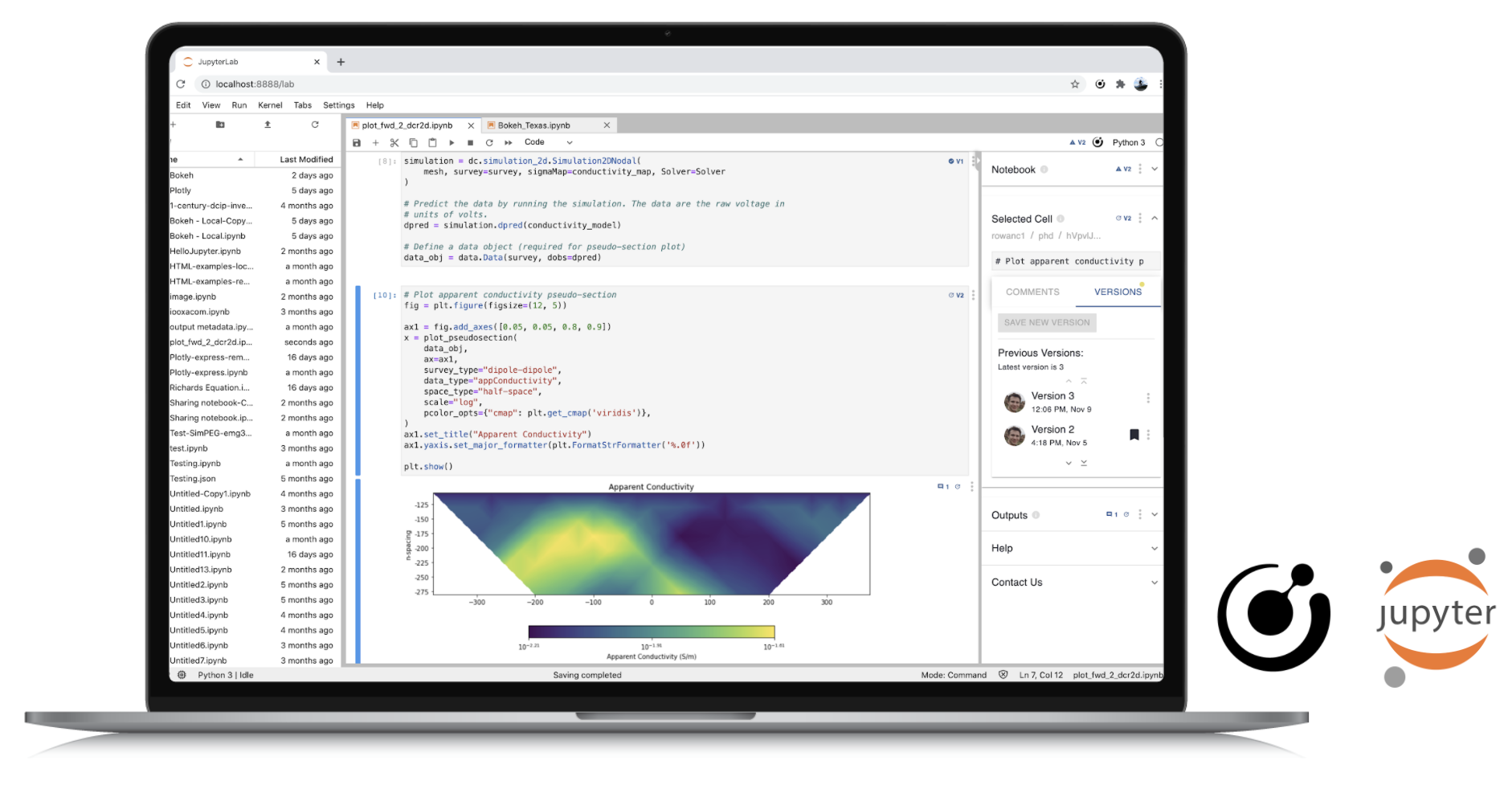 A more specialized cloud tool can be found in Pipe | bio, which does hosted bioinformatics for developing antibody drugs like LiliumX. It’s hard to get into details here beyond that the computational and database needs of companies in biotech can be very specific and not everyone has a bioinformatics specialist on staff.

Having a tool you can just pay for instead of getting a data science grad student to moonlight for your lab is almost always preferable. (Also preferable is not using special characters in your company name — just saying, it’s going to come up.)

Special tools can be found on the benchtop as well as the laptop, though, and the remaining companies are firmly in meatspace.

Forcyte is another company I highlighted in our favorite demo day companies roundups: It’s less about chemistry and molecular biology than the actual physical phenomena experienced by cells. This is a difficult thing to observe systematically, but important for many reasons.

The company uses a micropatterned surface to observe individual cells and watch specifically for contraction and other shape changes. Physical constriction or relaxation of cells is at the heart of several major diseases and their treatments, so being able to see and track it will be extremely helpful for researchers.

The company has positioned itself as a way to test drugs at scale that affect these properties and claims to have already found promising compounds for lung fibrosis. Forcyte’s team is published in Nature, and received a $2.5 million SBIR award from the NIH, a pretty rare endorsement. 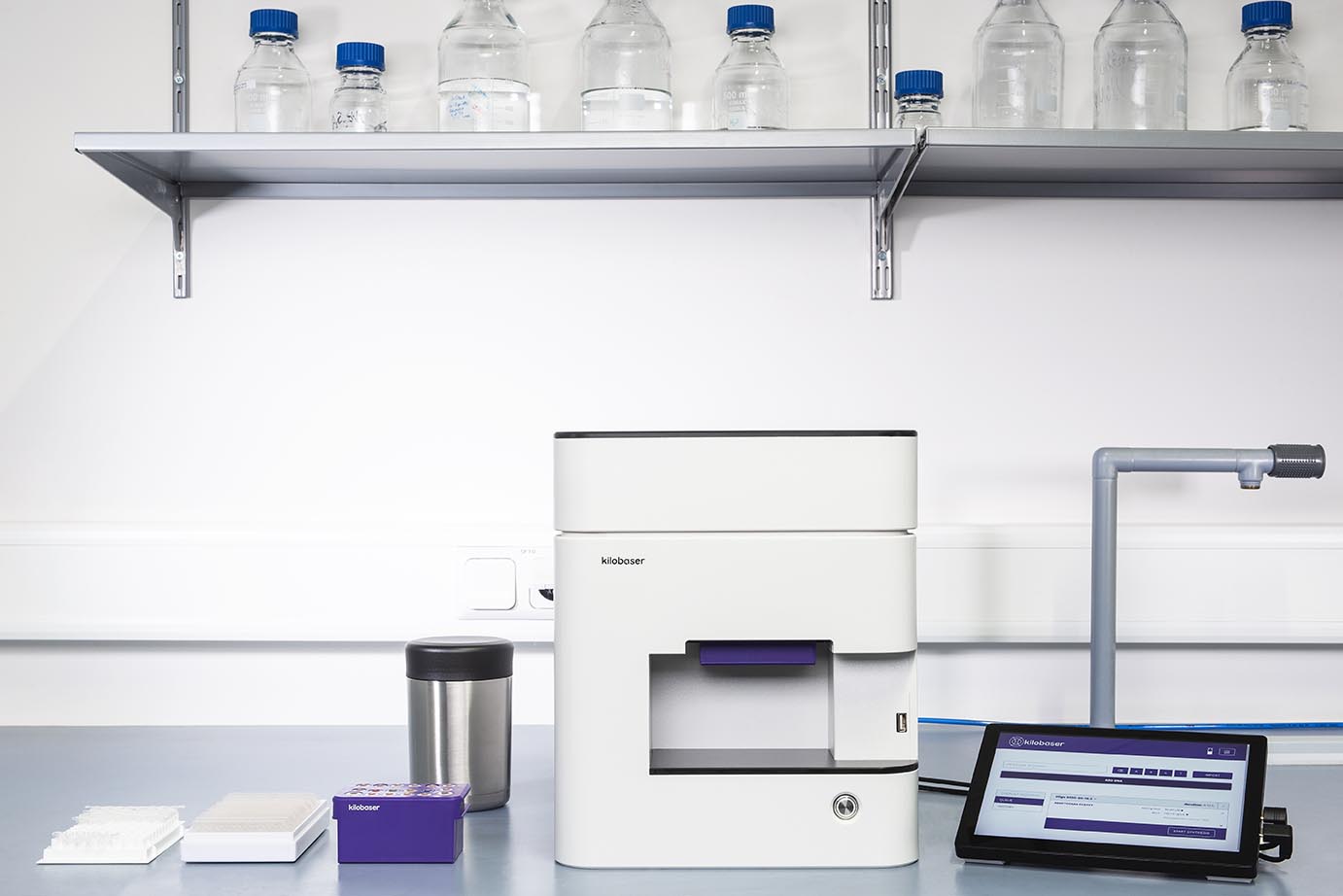 Kilobaser is taking aim at the growing DNA synthesizing space; companies often contract with dedicated synthesizing labs to create batches of custom DNA molecules, but at a small scale this might be better done in-house.

Kilobaser’s benchtop machine makes the process as simple as using a copier, even for people with no technical know-how. As long as it has some argon, a reagent supply and microfluidic chip (sold by the company, naturally), it can replicate DNA you submit digitally in less than two hours. This could accelerate testing in many a small lab that’s held back by its reliance on a separate facility. The company has already sold 15 machines at €15,000 each — but like razor blades, the real money is in the refills.

Reshape Biotech is perhaps the most straightforward of the bunch. Its approach to automating common lab tasks is to create custom robots for each one. That’s it! Of course, that’s easier said than done, but given the similarity of many lab layouts and equipment, a custom robotic sampler or autoclave could be adopted by thousands as (again) an alternative to hiring another part-time grad student.

There were several other companies in the biotech and medical space worth looking at in the batch, but not enough space here to highlight them individually. Suffice it to say that the space is increasingly welcoming to startups as advances in tech and software are brought to bear where insuperable barriers to entry once left such possibilities remote.