Pacaso, a less-than-one-year-old startup that is out to give more people a chance at second home ownership, announced Wednesday that it has received $75 million in growth funding at a $1 billion valuation.

Greycroft and Global Founders Capital co-led the $75 million in equity financing, which is notable for a few reasons.

For one, the team. Former Zillow executives Austin Allison and (CEO and co-founder) Spencer Rascoff came up with the concept of Pacaso after leaving Zillow together about 18 months ago. (Publicly traded Zillow today has a market cap of $32.9 billion.) The company gives people the ability to purchase shares in, and become co-owners of, a second home.

“We realized that owning a second home had been a very impactful luxury in both of our lives. We’re both fortunate enough to have second homes, and it made a huge difference to us and our friends and family,” Rascoff said. “What we set out to do was to try to democratize access to second homeownership so that it can be something that is not just a luxury available to the 1%, but hopefully it can be available to many tens of millions of other people around the world.”

Something else that stands out about this raise is that Pacaso, which just launched in October 2020, has achieved unicorn status faster than any other company, according to an internal company analysis of Crunchbase data.

9 top real estate and proptech investors: Cities and offices still have a future

“Pacaso is growing incredibly quickly, faster than anything I’ve never been a part of,” Rascoff told TechCrunch. “And the reason that it’s growing so quickly is because consumers love the concept, and they love the idea of being able to own a second home at a much less expensive price metric.”

With a unique co-ownership model made possible via the creation of a property-specific LLC, the company aims to reduce the cost and hassle of second home ownership. It also gives vacation homeowners an alternative option to renting out their property.

Pacaso distinguishes its model from the age-old concept of timeshares, which sell the right to use a fixed amount of time in a condo or hotel. Pacaso aims to bring together a small group of co-owners to purchase a share of a single-family home and “enjoy ongoing access throughout the year.”

The way it works is that Pacaso purchases a home either outright or shares in a home. The company then partners with local real estate agents to market the properties. It then sells shares in the home — from one-eighth of the home to a greater percentage.

Pacaso holds a brokerage license in more than a dozen top second home markets such as Napa, Lake Tahoe, Palm Springs, Malibu and Park City. Buyers can view curated listings on the startup’s website, which includes active listings, as well as previews of homes under consideration for purchase based on buyer demand. 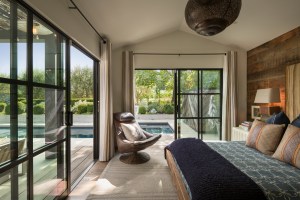 Since launch, Pacaso says that more than 500,000 people have visited the website and 60,000 “aspiring buyers” have engaged Pacaso to learn more about second home co-ownership. So far, the company has helped about 100 families become co-owners of second homes.

Allison estimates that there are about 100 million second homes around the world, with the vast majority of those vacant 10 to 11 months a year.

“On a monthly basis, that number is growing very quickly,” he said.

The company plans to use its new capital in part to expand into new markets — moving from the west coast to the east coast. It eventually plans to also expand globally — in Europe and potentially in Mexico and the Caribbean. The debt will go toward purchasing shares of more homes.

“There are many tens of millions of families who make enough money to where they have some discretionary income and about 75% of them are dreaming about owning a second home,” he said. “But they are either held back by cost or the inability to justify such a purchase. So there’s this massive problem and what we’ve come up with is a really innovative solution, which is co-ownership.”

Over time, the company hopes to offer homes in a broader price range, including homes with lower price tags, noted Allison.

“Pacaso is creating a new category that will dramatically change how people approach buying and owning a second home,” she added.

As most venture firms are, Greycroft was also attracted to the caliber of Pacaso’s founding team.

“This is a team that knows this market incredibly well and have worked together previously,” Settle told TechCrunch. “When you see how quickly they’ve gotten up and running it’s literally a testament to that point.”

She also likened the company to Uber and Airbnb, which also took otherwise underutilized assets and turned them into a business.

“This is another opportunity to do that — leveraging technology to create more accessibility in a market,” Settle said.

To support its expansion, Pacaso has hired Nina Tran to serve as its chief financial officer. Tran took Waypoint Homes public through its merger with Starwood Waypoint and served as its CFO through its sale to Invitation Homes.

Rascoff has certainly been busy as of late. He’s also heading up Supernova Partners Acquisition Company, which recently announced it was merging with Offerpad to take that company public. Rascoff is also an investor in Doma, formerly called States Title — another proptech that is going public via a SPAC merger. He’s also backed a number of startups, including Cheese, a fintech that recently launched a digital banking platform that is aimed at primarily serving the Asian-American community, among others.