Buying and selling residential real estate is a complex business, no matter where you live. A slew of startups in the United States are focused on streamlining that process for people. But in Brazil, where no MLS exists, the challenge of digitizing real estate is even greater.

One startup that has set out to serve as a “one-stop shop” for Brazilians to help them manage the home buying and selling process has managed to attract one of the largest — if not the largest — funding rounds ever raised by a Brazilian startup.

The round values Loft at $2.2 billion, a huge jump from its being just near unicorn territory in January 2020, when it raised a $175 million Series C.

A round of this size is impressive for any startup, but especially for one that was founded just over three years ago in Latin America. The region has seen explosive growth as of late, with a maturing startup scene in Brazil in particular. São Paulo-based Loft too has seen major growth. While the company was less forthcoming about its financials as of late, it told me last year that it had notched “over $150 million in annualized revenues in its first full year of operation” via more than 1,000 transactions.

In 2020, Loft saw the number of listings on its site increase “10 to 15 times,” according to co-founder and co-CEO Mate Pencz. Today, the company actively maintains more than 13,000 property listings in approximately 130 regions across São Paulo and Rio de Janeiro, partnering with more than 30,000 brokers. Not only are more people open to transacting digitally, more people are looking to buy versus rent in the country.

“We did more than 6x YoY growth with many thousands of transactions over the course of 2020,” Pencz told TechCrunch. “We’re now growing into the many tens of thousands, and soon hundreds of thousands, of active listings.”

The company’s revenues and GMV (gross merchandise value) also “increased significantly” in 2020, according to Pencz, who declined to provide more specifics. He did say those figures are “multiples higher from where they were,” and that Loft has “a very clear horizon to profitability.”

“Loft has adapted really fast to the new reality we’re living in, with COVID having only propelled or accelerated our growth,” Pencz said.

Pencz and Florian Hagenbuch founded Loft in early 2018 and today serve as its co-CEOs. The aim of the platform, in the company’s words, is “bringing Latin American real estate into the e-commerce age by developing online alternatives to analogue legacy processes and leveraging data to create transparency in highly opaque markets.” The U.S. real estate tech company with the closest model to Loft’s is probably Zillow, according to Pencz.

In the United States, prospective buyers and sellers have the benefit of MLSs, which in the words of the National Association of Realtors, are private databases that are created, maintained and paid for by real estate professionals to help their clients buy and sell property. Loft itself spent years and many dollars in creating its own such databases for the Brazilian market. Besides helping people buy and sell homes, it offers services around insurance, renovations and rentals.

In 2020, Loft also entered the mortgage business by acquiring one of the largest mortgage brokerage businesses in Brazil. The startup now ranks among the top-three mortgage originators in the country, according to Pencz. When it comes to helping people apply for mortgages, he likened Loft to U.S.-based Better.com.

The startup has also grown its number of employees in the past year, growing from 450 last January to 700 today. In particular, it’s significantly beefed up its tech team, according to Pencz. 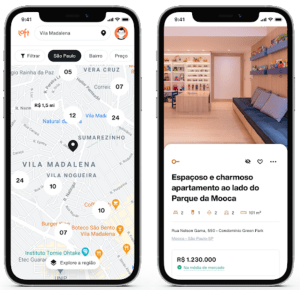 This latest financing brings Loft’s total funding raised to an impressive $700 million. Other backers include Brazil’s Canary and a group of high-profile angel investors such as Max Levchin of Affirm and PayPal, Palantir co-founder Joe Lonsdale, Instagram co-founder Mike Krieger and David Vélez, CEO and founder of Brazilian fintech Nubank. In addition, Loft has also raised more than $100 million in debt financing through a series of publicly listed real estate funds.

Loft plans to use its new capital in part to expand across Brazil and eventually in Latin America and beyond. The company is also planning to explore more M&A opportunities.

This is a good time to start a proptech company

“We’re now going into this year extremely well-capitalized and I think that in addition to doubling down on the core business, there might be strategic acquisitions also on the horizon,” Pencz told TechCrunch. “We also plan to make Loft as much of a regional and potentially global business, following in the footsteps of some of the other Brazilian companies who recently have been expanding globally.”

Andreessen Horowitz General Partner Alex Rampell said one of the things that really excites his firm about Loft is the idea of it “being a transactional marketplace for the largest asset class in one of the largest economies on earth…Loft started off as an iBuyer but now has a vibrant marketplace as well.” The firm led Loft’s Series A in July 2018 and has invested in every funding round since.

Dan Sundheim, founder of D1 Capital, said that part of his firm’s approach as investors is identifying opportunities “at the confluence of structural shifts, secular trends and world-class management teams.”

“Analyzing Loft, we were particularly impressed by the team’s focus and relentless execution, which has allowed them to build scale as well as deep data and technology moats in a short amount of time,” he said in a written statement.